The largest Grand Prix in North American history doesn't happen without players from all over the place making their way to the Windy City. But Grand Prixs in the Midwest are a treat for the trove of Wisconsin players that have made a name for themselves. Adrian Sullivan, Brian Kowal, and Owen Turtenwald are among the throngs of locals vying for the title this weekend, and each one has a unique take on the format. 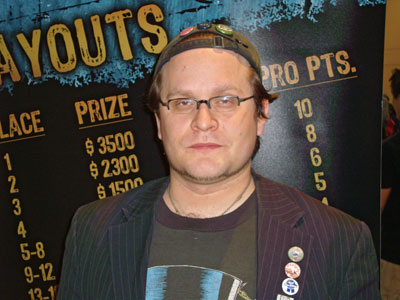 Mad deck-builder and Starcity Games columnist Adrian Sullivan is known for going a little rogue (and flipping a giant penny), and when he wasn't able to test as thoroughly for Legacy as he liked, he turned to a reliable source for deck-tech: Adrian Sullivan. Sporting an updated version of one of his past creations, Sullivan once again went outside even the metagame he envisions. "There will be lots of Counterbalance decks, with Tarmogoyf or Dreadnaughts, Goblins, some Storm, and after that the kitchen sink." Sullivan expects Counterbalance variants to make up nearly half the top eight, with some number of Storm, Dredge, and Goblin lists rounding it out, plus "one surprise." Could that surprise be another Sullivan brew? 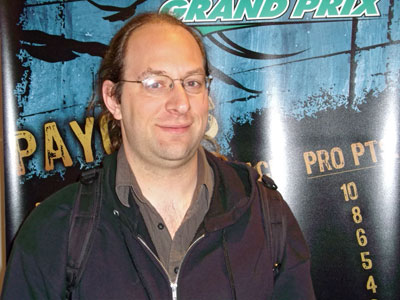 Brian Kowal is running pretty hot these days on the heels of a 22nd place finish in Kyoto and the resounding success of the R/W "Boat Brew" deck he's credited with creating. Like a number of other pros, Kowal hasn't tested nearly as much as he'd like. Also like a lot of pros, he's viewing Legacy through the lens of a certain Coldsnap enchantment. "This is going to be the Counterbalance GP," said Kowal. "You have to have an answer to Counterbalance."

For that reason, Kowal thinks Goblins should do unexpectedly well. "I probably should have played it myself, as good as it is," he said. "I mean, it's Goblins." 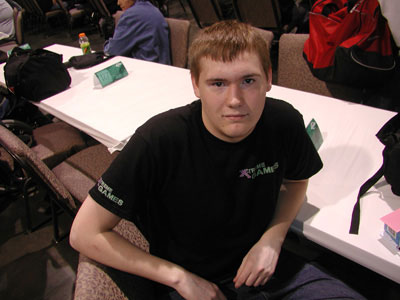 One player who knows exactly how good Goblins can be is Own Turtenwald, who took 2nd at Grand Prix Columbus running the little green men in a field full of Hulk Flash. Now, in a slightly less degenerate field, Owen thinks the tribe that would not die can do it again. "Goblins is better than people give it credit for," said Turtenwald. "And the Counterbalance deck is overrated." Still, he thinks sheer numbers and the fact that Counterbalance is the choice of many top pros will carry it to a few top eight appearance, alongside Goblins, Storm, and the pet of dealers everywhere, Natural Order. Turtenwald had one more prediction, too: "The sky is blue, and LSV will win."

Want a sneak peek of some of the archetypes seeing play this weekend? Here are the decklists from last night's Grand Prix Trial winners.

4 Stinkweed Imp 4 Bridge from Below 1 Wispmare

4 Force of Will 3 Daze 3 Counterspell

4 Mulldrifter 4 Force of Will
45 Cards

2 Decree of Justice 1 Life from the Loam

2 Fact or Fiction 2 Decree of Justice