One of the fun things that is a fixture at the World Championships is Massive Magic, the big game played by the big names, where big cards battle for a big prize: kudos. Here in Chiba the names were the very biggest—it would be Richard Garfield, leading Team Mirran, against the marauding hordes of Team Phyrexia, led by Mark Rosewater.

The decks, designed by Zac Hill, were all set to show off plenty of action from the front line of the battle, and did not disappoint. 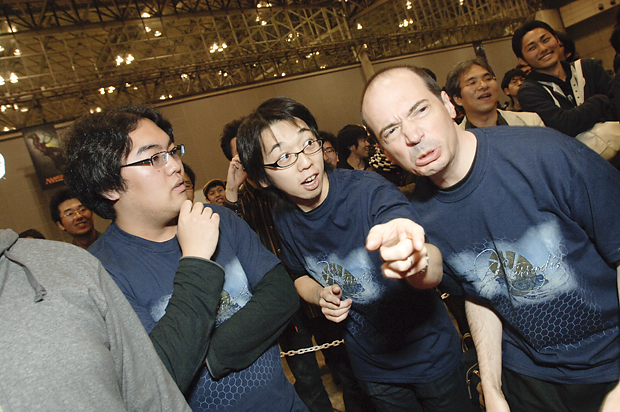 Early on, it looked like the Mirrans might be in trouble. A Plague Stinger brought first blood in the game, trading with a Myrsmith before coming back via Corpse Cur to attack. 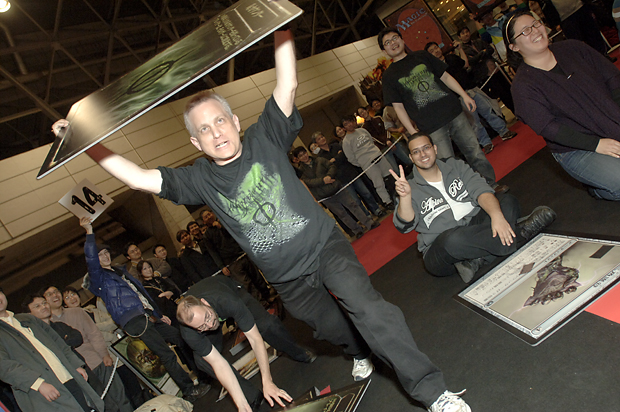 Never before has one poison counter been quite so devastating.

The fight was far from one-sided, though. While the Phyrexians did have a good line going with a Trigon of Corruption to stave off some early advances, they did little against the might of Schuyler Garfield, and his heavily armed Rusted Relic. 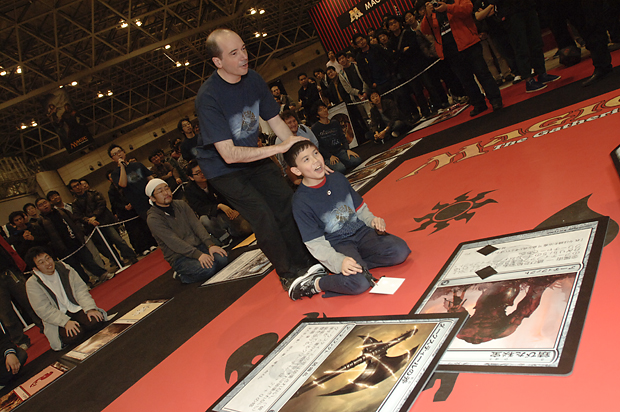 Jabs were traded, and as each team unleashed their respective threats the cheering only increased.

Phyrexia caught a couple of Chrome Steeds in a sneaky bit of Carrion Call action, securing some Insect tokens to block just fine. 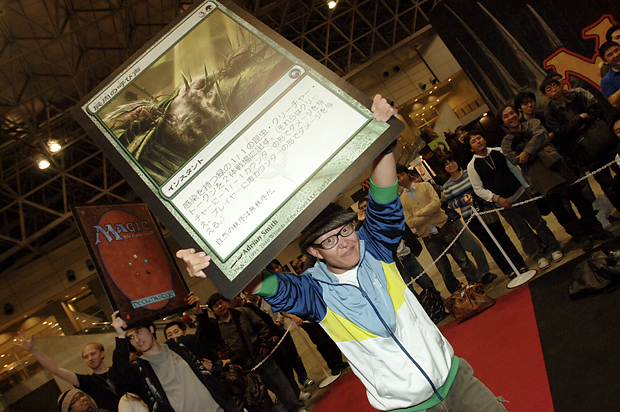 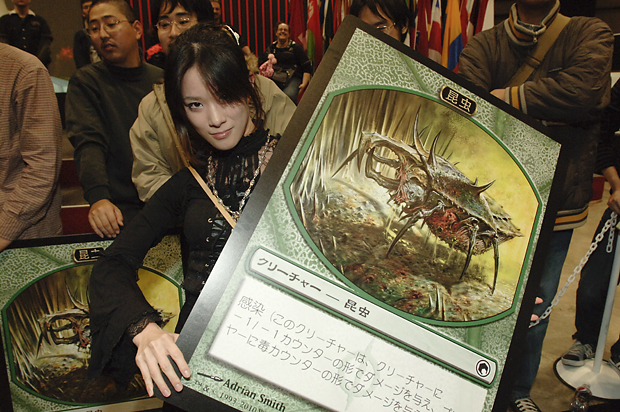 There was a big cheer from the Mirrans when Sword of Body and Mind showed up, when Phyrexia was down to just 15 or so cards left in its deck. 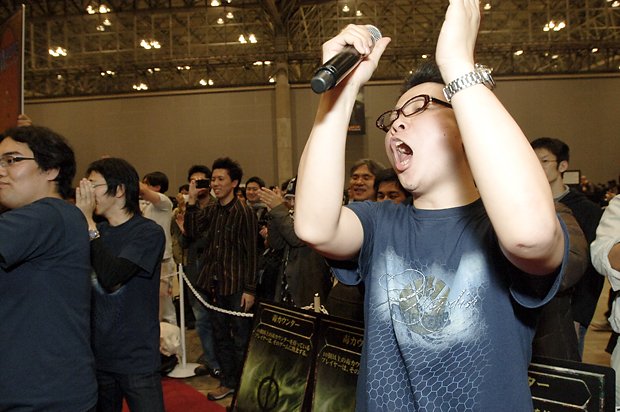 There were even bigger cheers all around, though, when some entirely new threats showed up. 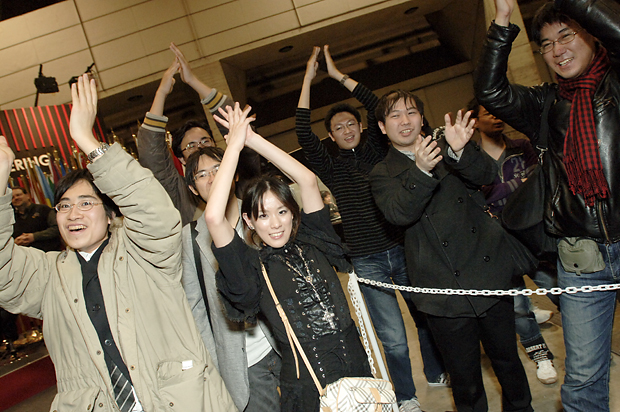 See if you can work out what the following cards do! 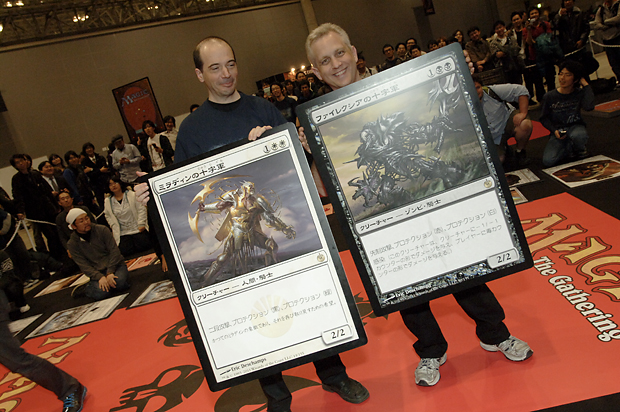 That's right, they are rare black and white Knights. Like the Black Knight and White Knight of old, they each deal first-strike damage and have protection from white and black respectively. These are a little more exciting though!

Both will kill in five turns given a chance, and neither can block the other. In our game, they were more used as a defensive tool, with the combination of first strike and infect being particularly brutal. They were not what ended the game, though.

With every new card drawn by each side, everyone wanted to get involved and be chosen to play, even Mr Okubo, the well-known 3-D card artist. 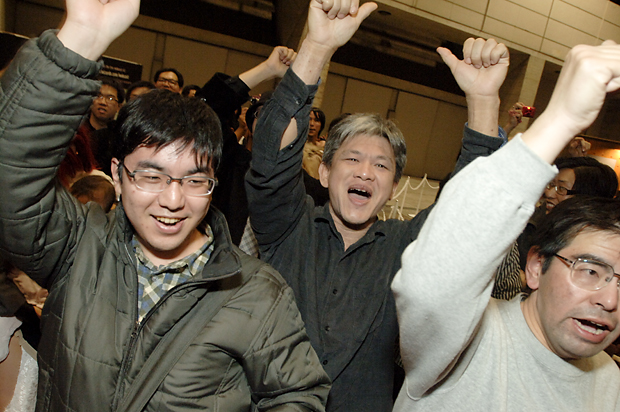 Just look at which card he ended up being. 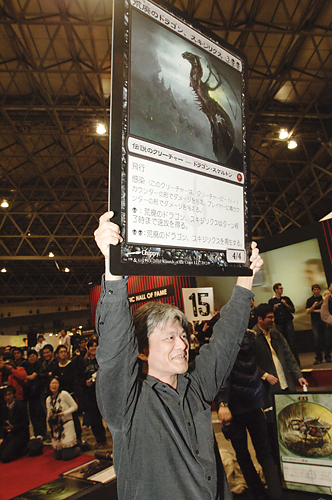 When Skithiryx comes out to play, games tend to end fairly fast, as Richard soon found out. 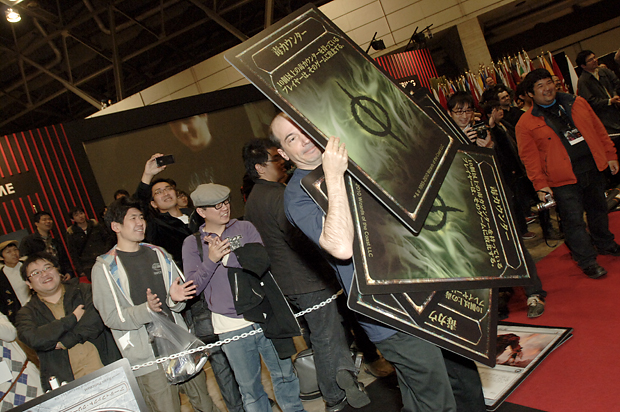 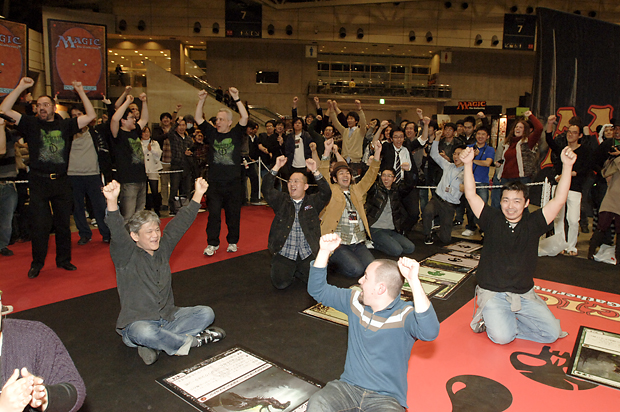 At the end of the big game, given that we'd had some big fun with big mythic rares, it made sense to get some big artist signatures. Luckily for us, Chris Rahn and Chippy were both on hand and happy to oblige. 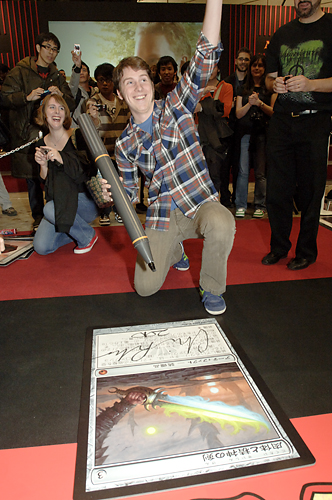 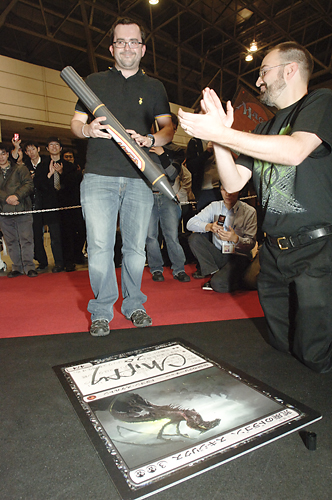 The final word on the tournament came from Mark Rosewater himself:

"All will be one. Phyrexia is coming!"