2010 Magic: The Gathering World Championships Feature: Player of the Year

Player of the Year – Brad Nelson and Guillaume Matignon TIE!

Throughout much of the 2010 Pro Tour season, Brad Nelson has been on an absolute tear. First coming to notoriety at Pro Tour–Honolulu just two short years ago, the North Dakota player managed to finish 9th place at that event, his very first Pro Tour. Rising to stardom as "FFfreak" on Magic Online, where he followed in the footsteps of Luis Scott-Vargas as an unknown entity that simply kept beating top name players in online tournaments, Brad quickly became a superstar.

Following his Top 8 near miss in Hawaii, Brad has managed to average a Top 8 at one out of four Pro Tours he attends. In addition, he has made the Top 8 of multiple Grand Prix as well as back-to-back U.S. Nationals tournaments (though he narrowly missed joining the team both times). That meant he had a monstrous lead in the Player of the Year race headed in to the 2010 World Championships in Chiba, Japan. Up by 15 points, he seemed unassailable on the march towards the title.

That quickly changed at Worlds, however, as Brad got off to a rough start in competition. When he failed to add a significant number of additional points to his total despite playing all three days, Brad's lead was left vulnerable. Martin Juza, who has two Grand Prix titles over the past season and is one of the world's most traveled pro players, was flirting with the top of the standings and threatened to steal the title. Close behind him was American Josh Utter-Leyton who, thanks to being the captain of the U.S. National team, had the benefit of earning team Pro Points to help pad his cushion. As a long shot, Josh could win both the individual and teams title to have just enough points to beat Brad out. 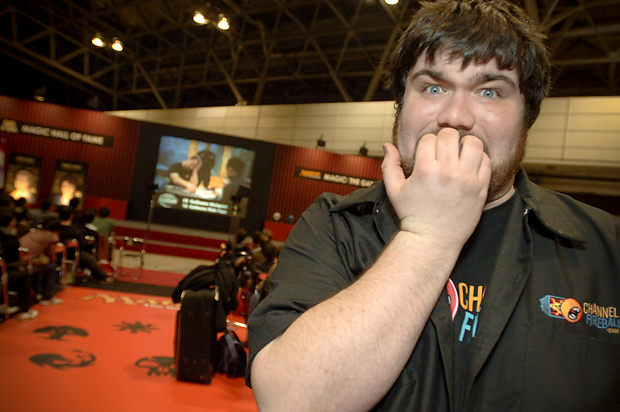 Brad Nelson awaits the outcome of the World Championships, which would determine his Player of the Year status.

Neither player executed on that deed, however, but Brad wasn't in the clear just yet. Both Paulo Vitor Damo da Rosa and Guillaume Matignon smoked the competition to qualify for play on Sunday. Paulo had the chance to win the title out right by making the Finals, while Guillaume could create a first-of-its-kind playoff by winning the tournament. In so doing, he would exactly tie Brad's Pro Points total, forcing the two to play off at Pro Tour–Paris, the first stop of the 2011 season, in February.

In the Semifinals, Paulo and Guillaume squared off to see which would have the chance to continue on and make a run at Brad's title. It was Matignon who emerged the victor in three straight games, ending the Brazilian hopes of earning Player of the Year. In the Finals while Brad watched on, Matignon dispatched his fellow countryman Guillaume Wafo-Tapa to take the title of World Champion and to force, for the first time ever, a playoff to decide the fate of the title holder of "2010 Pro Tour Player of the Year." 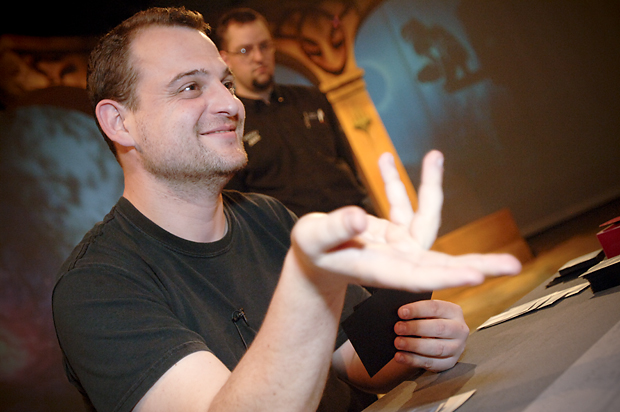 Guillaume Matignon is the 2010 World Champion, locking the Player of the Year race in an unprecedented draw.

Stay tuned for Pro Tour–Paris, where Brad Nelson and Guillaume Matignon will battle for that title right here on the Pro Tour coverage!