2010 Magic: The Gathering World Championships Feature: The State of the Art at Worlds

The State of the Art at Worlds

Magic is about many things. Yes, it is a game, but it can be a great deal more. It can be a reason to get together with friends, and a way to make more. It can be a form of expression, as one builds a different deck, special to you. Magic can tell stories, or enchant with its flavour. For many here at Worlds in Chiba, Magic art is a special focus.

For those people there is plenty to celebrate. Before you even make it into the building there are snippets of new artwork, including a shadowy figure who looks vaguely familiar. 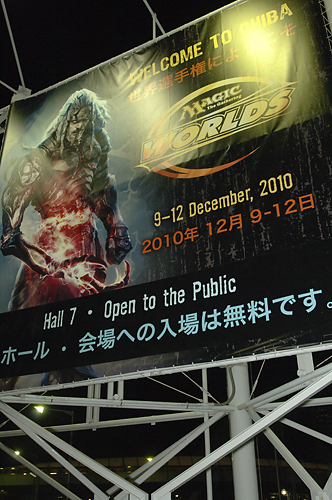 Once inside, we have more artists at this event than at just about any other event going. Of the Magic artists here, Mark Tedin is perhaps the best known, and certainly the one with the longest list of cards illustrated. Starting with Alpha, Mark has been shaping the way that we see Magic since day one. Signing Ancestral Recalls and Mana Drains, he has plenty for the old school player, but with Emrakul, the Aeons Torn, he also showed off plenty of new cards too. 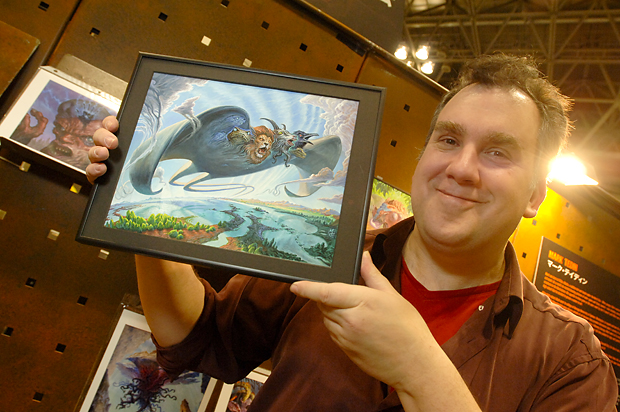 In addition to the signing, Mark made the most of being in Japan by visiting the Japanese version of Disneyland, declaring with glee that he had been on all the rides—something that he hadn't quite managed last time due to queues that were nearly as long as the queues of people wanting cards signed by him.

Chris Rahn has not been working on Magic for quite as long as Mark; in fact, Worlds is only his second show. Having illustrated such hits as Sword of Body and Mind, though, he has had plenty of attention this weekend. Working in oils, Chris has beautiful original art to show, in addition to prints, both of which are on sale to the public. Well, almost all—there are definitely some pieces, like Steel Overseer, that Chris kind of wants to hold on to. What he has managed to do for everyone, though, is a great many signings. 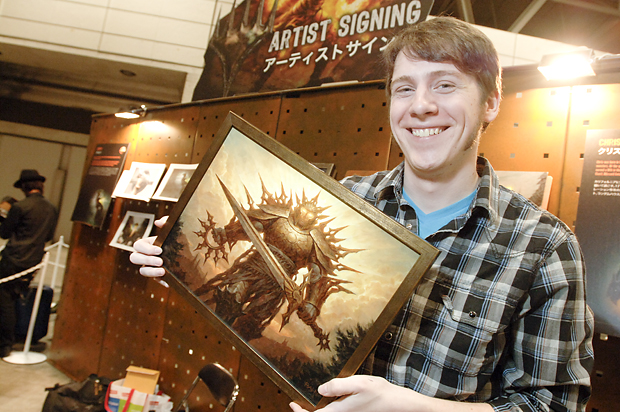 Raymond Swanland thinks he may have hit a record with the number of Vengevines he has signed at this event. While he has illustrated a number of powerful and widely played cards, including Arid Mesa, Wurmcoil Engine, and Staggershock, it is the Vengevine that everyone wants his name on.

"I think I've signed something like fifteen hundred of them, and there is still a day to go!" remarked the Hawaii based artist who has previously done computer game concept art, along with a nice line in comic-book covers. 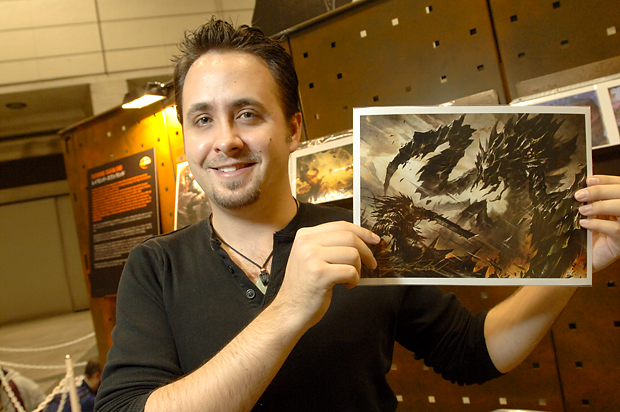 Raymond used to play Magic, and from his impressions of the World Championships is thinking it might be a good time to start out again. With a playset of Vengevines as a starting point, he has a nice start for a deck.

Chippy, a Scottish artist currently living in Canada, is someone who somehow I only ever bump into in Japan, hidden at the end of a colossal queue. His most-signed cards this weekend include Master Transmuter; Akroma, Angel of Wrath (from Duel Decks: Divine vs. Demonic) and the deadly Skithiryx, the Blight Dragon. Chippy's digital art has proven a big hit with fans, and he seemed happy to be back in Japan to show it off. 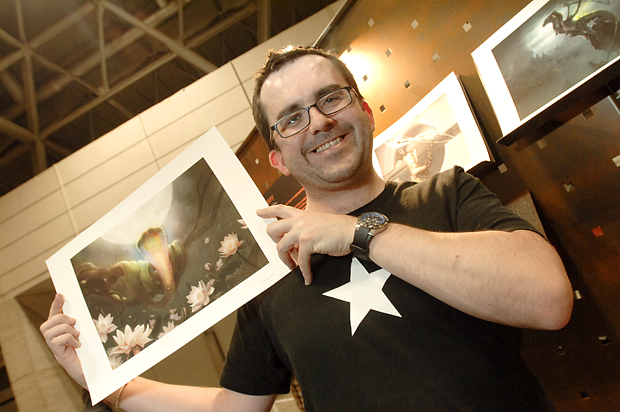 While Chippy and his wife haven't had much chance to go around Japan yet on their visit, they had a whole extra week off, including a visit to some hot springs, and to watch some Kendo. Draw the game, see the world.

Finally we have an artist who has only drawn two Magic cards at present, but whose work has proven very popular.

Yoshino Himori is the anime artist who illustrates the comic featuring Chandra Nalaar, and who has reimagined Jace Beleren and Chandra Nalaar for a special release of the Jace vs Chandra deck in Japan. The first edition of both that box set and the comic book are both available this weekend, and have drawn more than a few interested glances even from those of us that can't read the Japanese writing contained therein. 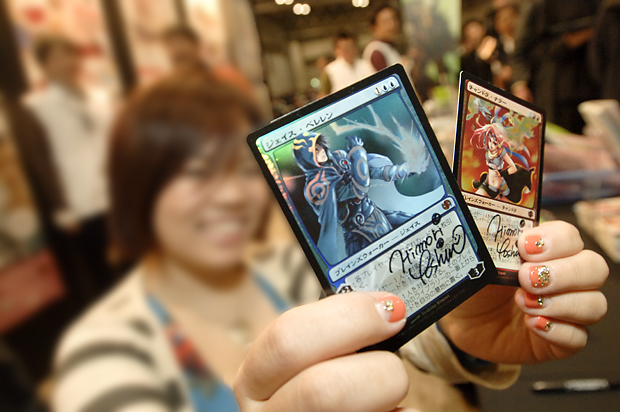 We were going to have Mr. Okubo's art included in this section, but there is something even better planned for that. Mr. Okubo's 3-D cards are something very special, seen only at Japanese events. Constructed from layers of cards cut out with painstaking care, they seem impossible to make. Mr. Okubo assures me that anyone can do it with the right training though. Tomorrow, he has kindly agreed to try to give me just that training. Check back then to find out if I could be an artist too!