he 2010 Magic: The Gathering World Championships kicked off in traditional fashion with the opening ceremonies, which were emceed by Rich Hagon in English and Koichiro Maki in Japanese. 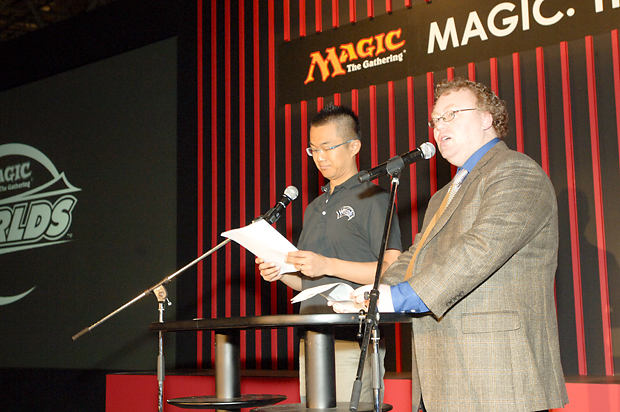 The crowd, made up of competitors and family members, was ringed by the various national champions that will be competing this weekend. 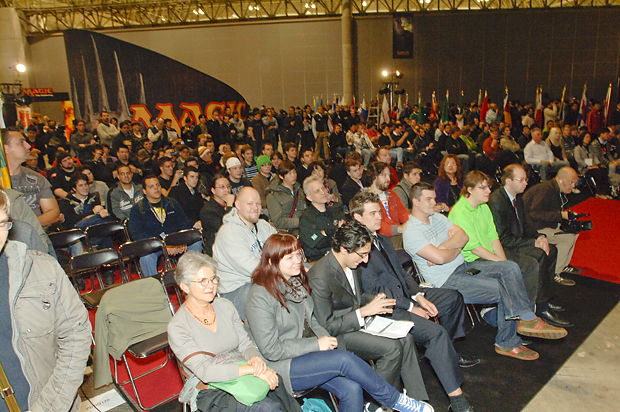 RICH: "At Pro Tour–San Juan, where hundreds of players had a chance to visit Puerto Rico courtesy of Magic, Paulo Vitor Damo da Rosa of Brazil raised his eyes to the heavens, winning his first Pro Tour in his sixth Top 8. In September, the incredible return of Germany's Kai Budde to the Top 8 showcased the thrill-ride that was Pro Tour–Amsterdam, before Paul Rietzl of the United States made history, becoming only the second Pro Tour Champion to sweep the Top 8 in nine straight games." 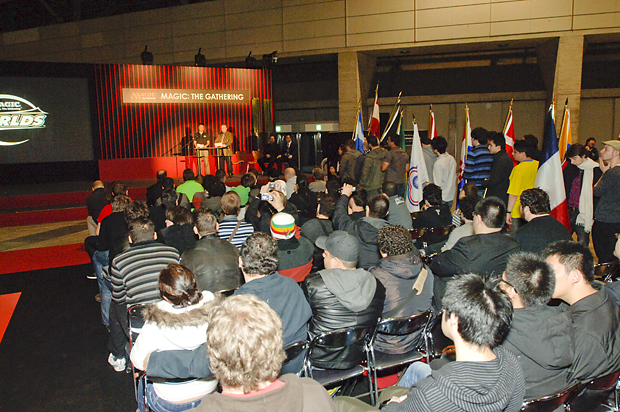 Pro Tour Tournament Manager Scott Larabee then took the podium to announce the flags of all nations represented at the tournament. 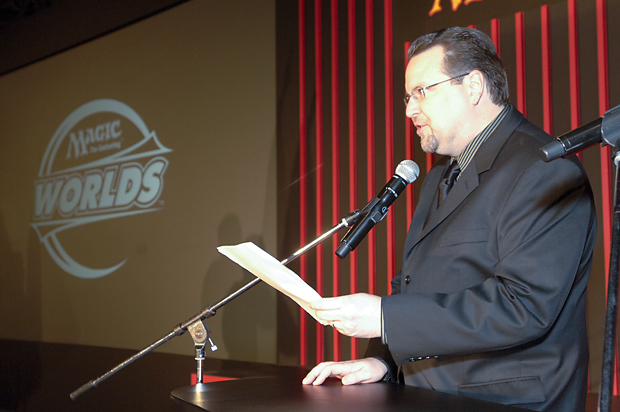 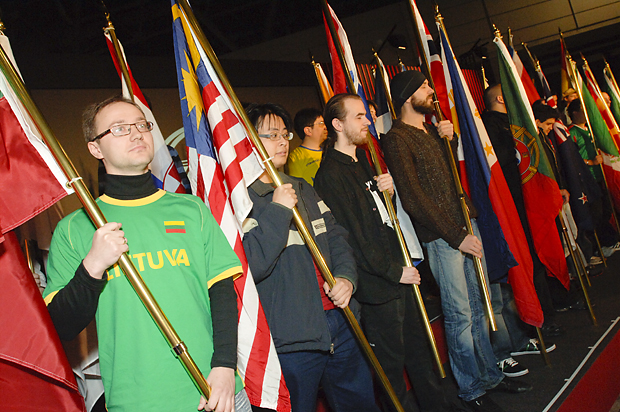 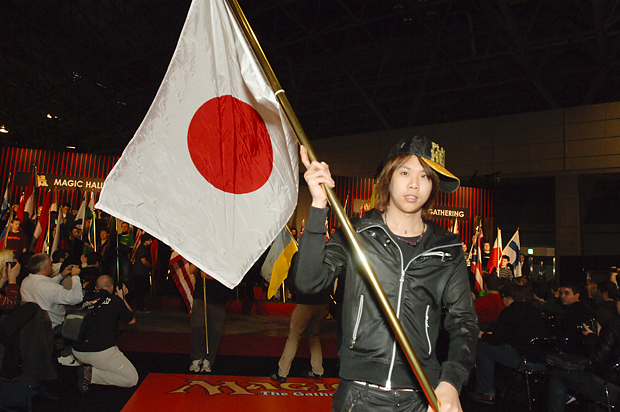 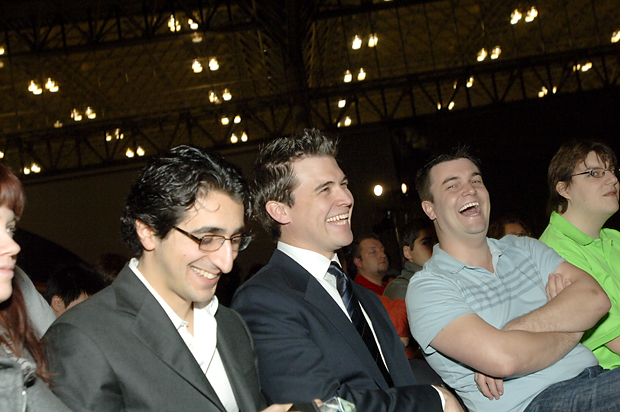 It's easy to be in a good mood when you're entering the Hall of Fame! 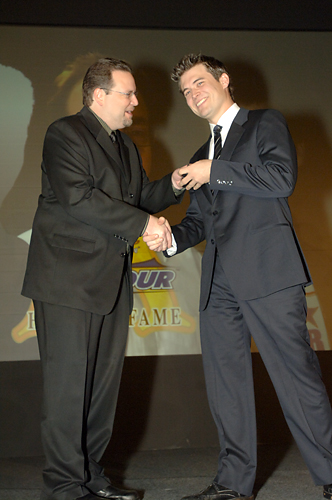 Dapper as always, Brian Kibler posed for the cameras as he received his Hall of Fame ring. 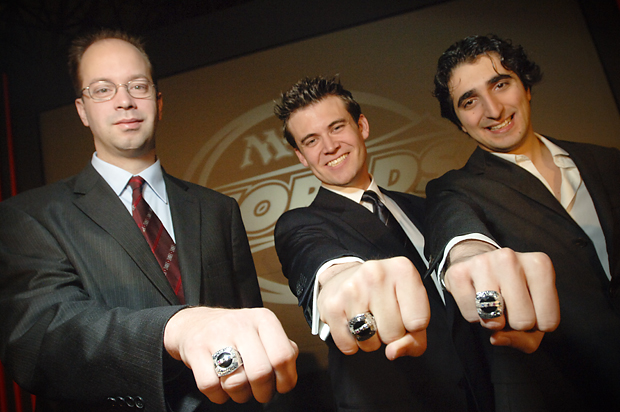