Mark Rosewater has been running his Question Mark trivia game show at Magic World Championships for at least 75 years (EDITOR: please fact-check this). This year, it was a cross between a trivia game show and a panel discussion, as each person who answered a question correctly got to ask Mark a question in return. And we have Mark's questions right here! You won't get to ask Mark your question, but you'll get to feel clever for knowing so much about Magic. 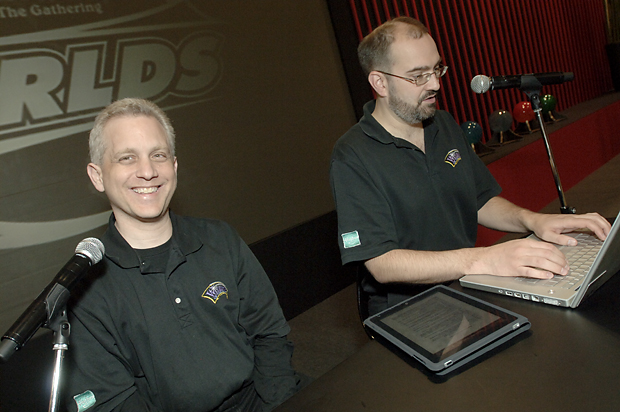 1) How many cards in Scars of Mirrodin have proliferate?

2) What was the first set to mention the Phyrexians?

3) Soul Foundry was originally designed in Urza's Saga but got changed last minute. The card ended up being a tournament worthy card that Jon Finkel used to win the 2000 World Championships. What card was it? 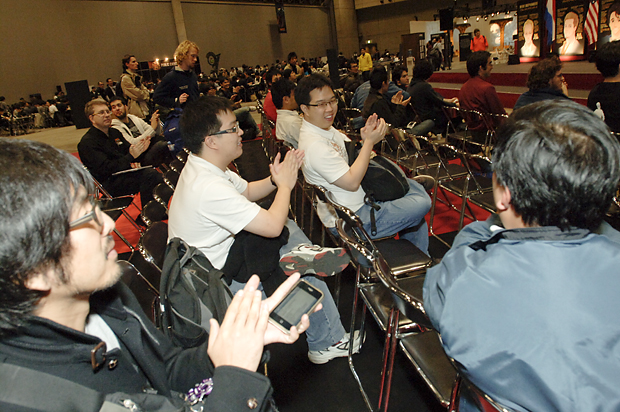 5) What was the first set to have poison counters?

6) Mirrodin is one of a few different planes to have been visited in different blocks. Can you name the two others?

7) Affinity was considered to return in Scars of Mirrodin. How many different things have cards had affinity for?

8) How many myr appear in common in Scars of Mirrodin? 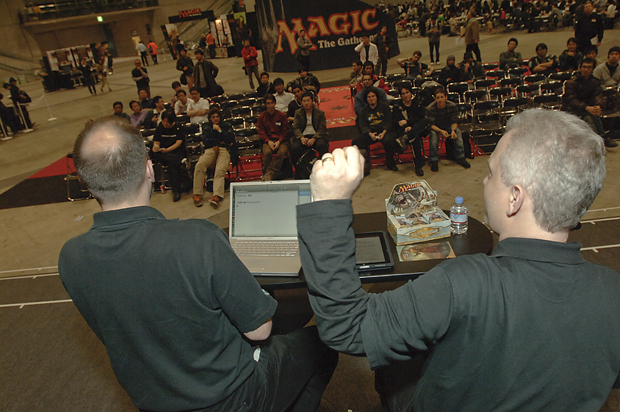 10) Fifth Dawn was the dawn of which color sun on Mirrodin?

11) What percentage of the cards in Scars of Mirrodin have a Phyrexian watermark?

12) In the previous incarnation of the Phyrexians, who was their leader?

13) Who brought the Phyrexian oil to Mirrodin? 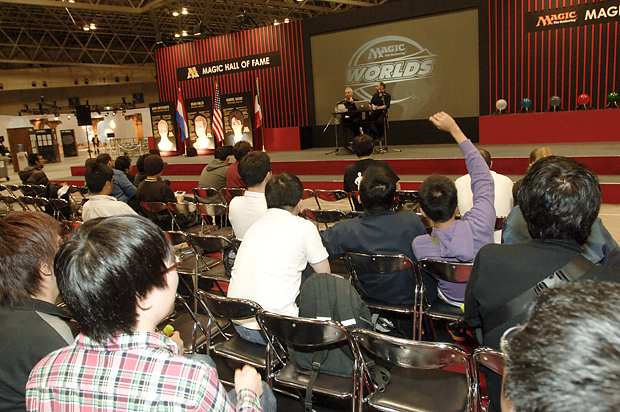 15) What plane does Elspeth call home?

16) Name four proper nouns to appear in name of more than one set.

17) Name the only mythic rare skeleton. 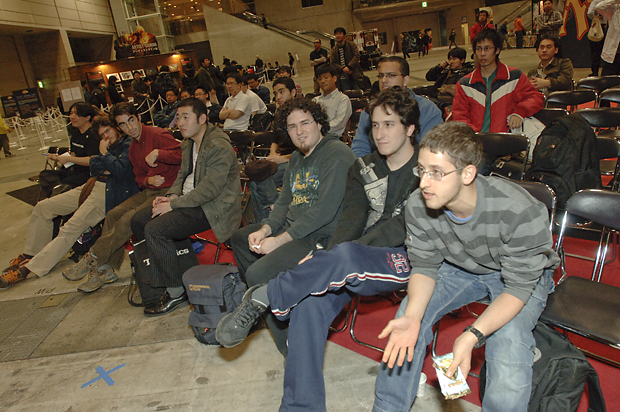 18) Name a creature in Scars of Mirrodin that has a power higher than its converted mana cost.

19) Not counting evergreen keywords, keywords that appear in every set, how many keywords appear on cards with the Mirran watermark?

20) In all of Magic, there are exactly the same number of artifacts with imprint as there are with indestructible. How many are there?

21) What is the creature type of all five "smiths" in Scars of Mirrodin? 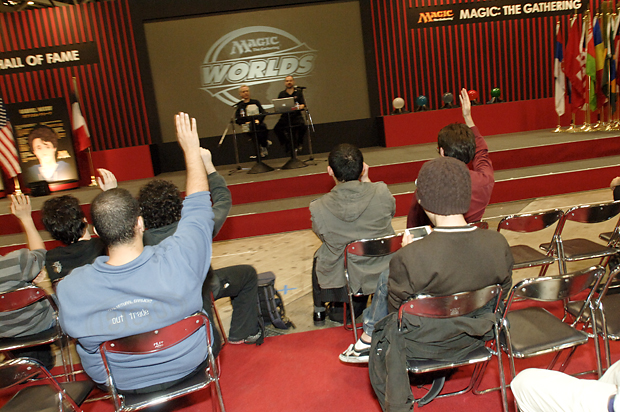 22) There are two repeats in Scars of Mirrodin that are not from Mirrodin block. What are they?

23) There is a card subtype that appeared for the first time in Mirrodin block and appears for the second time in Scars of Mirrodin block. What is it?

24) What Scars of Mirrodin card was called Robot Factory in design?

25) How many legendary cards are in Scars of Mirrodin?

26) How many of Scars of Mirrodin's fifteen mythic rare cards are artifacts?

27) Of Elspeth, Koth & Venser, how many have a planeswalker card that creates an emblem? 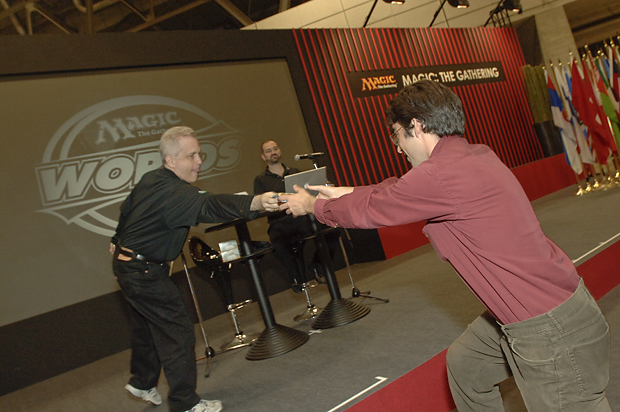 28) Arrest is reprinted in Scars of Mirrodin. What was the first set it appeared in?

29) There is a card in Scars of Mirrodin that is the fifth card in a cycle. The first four cards of the cycle appeared in the original Mirrodin. What is the card?

30) How many times does the number 6 appear on Argentum Armor?

(Some answers were corrected after publication.)