2010 Magic: The Gathering World Championships Round 16: Jumping the Shark

After losing the die roll by one, and watching his opponent lead with Gilt-Leaf Palace and Heritage Druid, Damo da Rosa immediately lapsed into thought. An extended Elf deck can dump rather a lot onto the table in a short number of turns, so he knew he had to plan out his first few turns very carefully, finally deciding on a Vivid Marsh. Janse followed up with a Fauna Shaman, which earned a Lightning Bolt, and then an Elvish Archdruid. 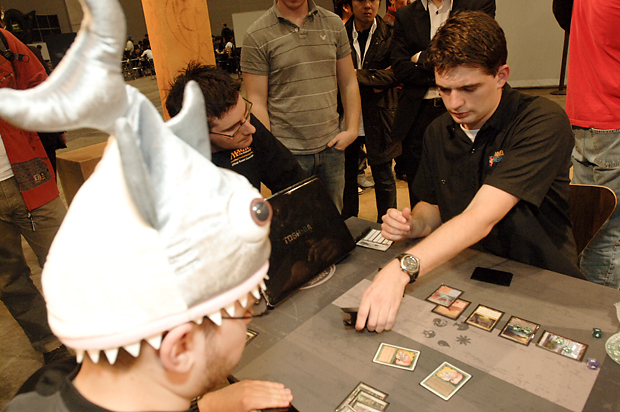 The Arch and Heritage Druids represent the most threatening aspects of the Elf decks – the explosive mana. Letting Janse untap with those could easily allow his next turn to feature two more Elves and a Regal Force, ending the game not long after that. Damo da Rosa wasted no time killing them both with a Volcanic Fallout, dropping to a reasonably healthy 15 life in the process.

Janse attempted to rebuild with a pair of Llanowar Elves and a Joraga Treespeaker, but an offensive Esper Charm during Janse's upkeep left him with nothing in hand. A Wall of Omens for Damo da Rosa gave him room for a Jace, the Mind Sculptor, but Janse had a Shriekmaw for that. Another Lightning Bolt and an end of turn step Cryptic Command to bounce the Treespeaker fed nicely into a Cruel Ultimatum, taking Damo da Rosa back up to 15 life. If that wasn't enough to convince Janse, a further Volcanic Fallout was, and they were reaching for their sideboards. 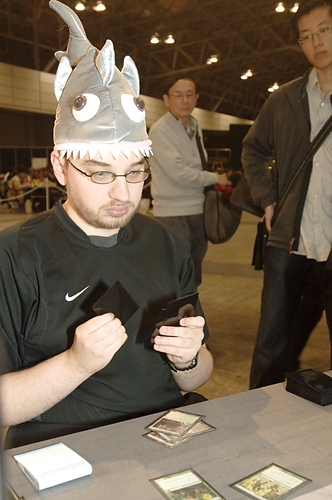 Nettle Sentinel got in for 2 while Damo da Rosa again played a Vivid Marsh. Janse missed his second land drop, but at least summoned a Llanowar Elves, while Damo da Rosa took a Heritage Druid with a Thoughtseize, leaving Ranger of Eos, Fauna Shaman and Summoning Trap. Janse drew a second land, and summoned the Shaman, attacking Damo da Rosa down to 13. The Brazilian summoned his Wall, and passed the turn back with the Marsh open.

With two land, the Llanowar Elf, the Nettle Sentinel and the Shaman, Janse slipped into the tank. Finally, he discarded a second Fauna Shaman to find and summon a Burrenton Forge-Tender. Damo da Rosa just played another land and passed it back. Janse attacked him down to 9 and then 5, summoning another Nettle Sentinel. At the end of Janse's turn, Damo da Rosa sent his Wall of Omens on a Path to Exile, allowing him to untap and drop a Cruel Ultimatum on the Swede, bringing him back up to 10 life. 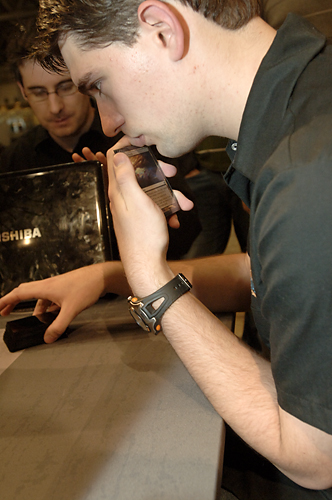 Janse ditched the rest of his hand to the Ultimatum, sacrificed one of the Sentinels, and then attacked back for 4. Damo da Rosa cast Preordain, played a land and passed it back, using a Cryptic Command to tap down the Elves for a turn. He then summoned Jace to his side, Brainstormed and again passed. Janse summoned an Elvish Archdruid, and a second Cryptic Command kept the Elves at bay. Damo da Rosa untapped, and Janse groaned as Jace bounced the Forge-Tender. Sure enough, a Volcanic Fallout cleaned out Janse's team. Damo da Rosa followed up with a Wurmcoil Engine, but Janse responded with a smile and a handshake.