By late Saturday afternoon here on the Queen Mary, the 169 players competing in Day 2 were starting to have some idea of where they could hope to settle out in the final standings. Most players were already out of contention for the Top 8. A select few could be sure of advancing to day three, barring disaster. For everyone in between, the final draft would mean the difference between playing on the big stage and watching from the sidelines.

I watched the draft at table 3, where all eight players had 24 points. Whoever sweeps the table will finish with 33 points, enough to make Top 8 if their tiebreakers are good enough.

Complete draft details are available in the accompanying article, but the Reader's Digest version of this draft as I see it goes something like this: 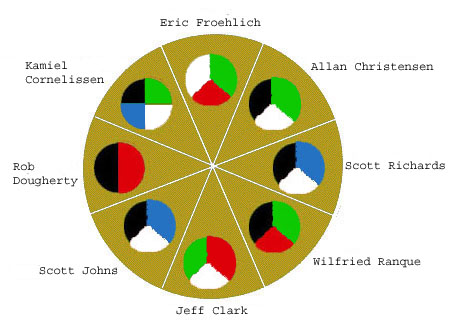