The Battle of Europe 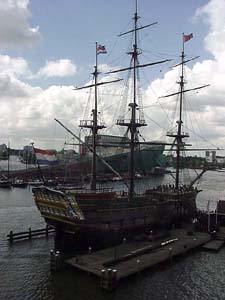 Amsterdam has always been a favourite location for a lot of players. Situated in the middle of Europe, it is easy to get to, and it is also a nice city with plenty of opportunities for people to have fun and enjoy themselves. Originally, the 2002 European Championship was supposed to be held in England, but it was eventually moved to the Dutch capital instead. "Amsterdam has everything you want and you can do anything you want to do, all within ten minutes from the centre," Noah Boeken says.

The European Championship is a relatively new tradition. It all started four years ago, in Berlin, when Norwegian Sturla Bingen defeated Jakub Slemr to become history's first European Champion. Since then, the Norwegians have continued to do well in this battle of Europe. The small country in the north has taken home three out of four titles, Nicolai Herzog and Eivind Nitter being the two last champions. Noah Boeken, from the Netherlands, is the only non-Norwegian to win–he won two years ago.

"I feel a tremendous pressure on me," says defending European Champion and 2002 Pro Tour-Nice Champion, Eivind Nitter. He is joking, though. Nitter is quite relaxed about the whole thing, and while he is hoping for the Norwegians to continue their good streak, he won't be all that sad if it won't happen. "I am sceptical. Our Constructed tech isn't all that good," he reveals.

The fifth European Championship has 305 competitors from 32 different countries gathering in the 'Beurs van Berlage', an old stock exchange. The Beurs van Berlage is one of Amsterdam's historical buildings, and it is also known for being the place where the Dutch Crown Prince, Willem Alexander married his Maxima on February 2, this year. The rules for using the building are so strict that there are no Magic banners visible from the outside.

Inside the building, however, people are instantly in familiar surroundings. Green tablecloths for the play area, blue ones for the draft area. Huge banners with Magic artwork on them. A Wizards sales booth in the back, and a big stage up front. TV screens that display digital slide shows with results, timetables and events coming up. And to show that this is indeed a European Championship, flags from the different countries hang from the ceiling. 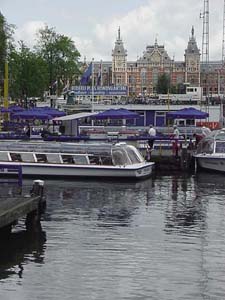 "I don't like the formats. Drafting black is a risk, you can't control it. If the guy behind you jumps to black, it will be good for him. It is very much about luck. This is probably the worst draft format. Or, Homelands/Fallen Empires was probably worse," Kai Budde says. For the Standard portion, he doesn't really expect anything new. In fact, Kai would have skipped the Euros to go to Grand Prix-New Jersey if it hadn't been really expensive to go there because of the summer holidays. So while he is playing for a Top 8 finish and hoping to win the only title he lacks in his collection, Kai's highlight of the weekend will be the soccer World Cup finals between Germany and Brazil.

With 305 players that theoretically can take home the title, it is hard to pick one favourite. However, Germany's Kai Budde is in a league of his own, and few people would be surprised to see him win this tournament. In addition, the Norwegians will obviously try to keep their dominance while the Dutch will try to win on their home turf. Another major contender is the Punisher team, featuring Finnish Tomi Walamies and the Swedes Anton Jonsson and Jens Thorén.

Anyone who has followed the World Cup of soccer has seen a lot of shady decisions that has, in some cases, decided the outcome of the match. The head judge for the 2002 European Championship, Gijsbert Hoogendijk from the Netherlands, is happy that he won't have to run up and down the aisles with a small flag. He did get a small incident to take care of, though, as they discovered a whole lot of marked cards during the first draft. "We used a new ink that obviously doesn't dry as fast as the old one," he explains. The result was that the cards stuck to each other, leaving ink marks when pulled apart. "Luckily we had a lot of extra sleeves, because there are lots of marked cards out there," Gijsbert says.

The head judge admits that he is rooting for his countrymen. "With the good results of the Dutch players lately, I hope they will do well," he says. Former European Champion, Noah Boeken, is confident that a Dutch player will win. "It will be me or Kamiel [Cornelissen]", he grins, eager to win his second European Championship.