The tradition of renting a beach house to test for Pro Tour Hawaii hearkens back to the very first Pro Tour Honolulu, where Mark Herberholz took his beach house brew and won the whole thing with it. It turns out that as a concept, getting a bunch of friends together in a house in Hawaii is a popular one. While many teams have tried it, there are two big teams that really stand out as being forces at this Pro Tour, who have been working on their tans as they work on their decks.

ChannelFireball is now known as an omnipresent force at the Pro Tour. With fourteen people on their team all in a house, you have to think that they would be a tough one to square up to. In total they have the following beach house roster. 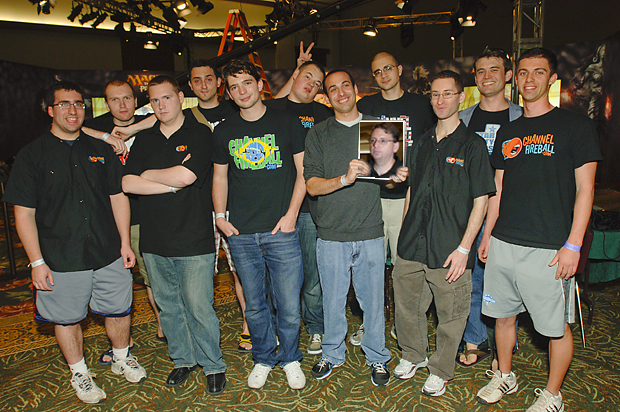 Juggernaut team ChannelFireball has a monstrous amount of Pro Points between all of them.

Between the four playersteen in the ChannelFireball house, who got here to test at the end of January, and have been preparing in earnest for this event, there are a staggering 35 Top 8 appearances, and four Pro Tour wins. Their total Pro Points clock in at a staggering 2,722 (an average of 194 per player), and they have two members who are in the Hall of Fame (with more surely to join in the years to come). When we look at Grand Prix, they have 93 top eights and 17 wins, an average of 6.6 top eights and 1.2 wins per player.

The dominant team in Magic today has another house vying for superiority here in Hawaii though. How do you tackle a squad of ballers like the ChannelFireball crew? Try this lot on for size. Not so much a team as a group of friends making the most of the chance to test on an island, they are a force to be reckoned with. 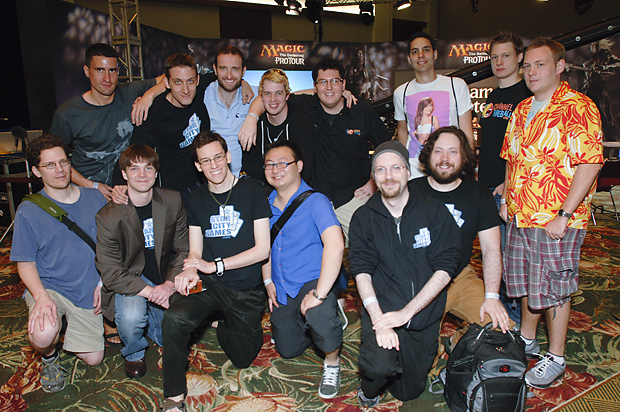 When your testing crew has the likes of Jon Finkel and Patrick Chapin, it's hard not to be confident about your chances at this event.

This squad has 28 Pro Tour Top 8s, and five Pro Tour trophies between them. With Finkel and Jelger, their squad has just as many members in the Hall of Fame, albeit ones who have not been as active recently. Rumors around the room suggest that Jon Finkel is taking Magic more seriously than he has done in years, and is looking to be back as a fixture on the Pro Tour. It is hard to bet against a motivated Finkel, especially when he has deck designers like Patrick Chapin working on his side. The lifetime Pro Points of 2187 for this house are a little lower, with the average just 156, but some of the lower scorers in terms of points are huge assets to this group. Reid Duke might not have had a huge impact on the Pro Tour yet, but the Magic Online Championship winner from 2011 is a wickedly good player who is very much on the rise, and set for a great 2012 season.

In terms of Grand Prix events, the house runs a little behind ChannelFireball with a mere 57 Top 8s and 11 wins. That’s just 4 Top 8s per player and 0.79 wins per player.

It is still a little early to say which house will be in the ascendancy for this Pro Tour, but one particularly telling statistic that is running against ChannelFireball for now is Sunday conversion rates. In terms of Grand Prix events, both teams are a little under 20% at winning once they have made Top 8. For Pro Tours, ChannelFireball’s conversion rate drops to 11.4% of wins once Top 8 is secured, while on the other side of things, it barely dips, moving to 17.9%.