A total of ten Last Chance Qualifiers were held yesterday, granting the finalists of each flight a highly coveted invitation to today's main event. Of the twenty slots, five went to pilots of Valakut, pretty much confirming everyone's suspicions of the Red Green deck's resurgence. 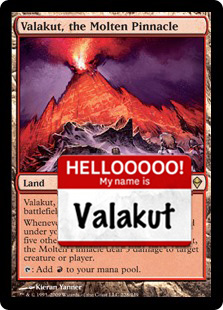 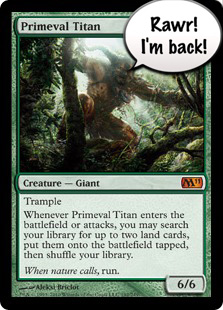 Blue based control decks are still in force despite Jace, the Mind Sculptor's departure. Players who love to lay Islands have simply switched over Jace Beleren, alongside previously rarely witnessed Venser, the Sojourner and Liliana Vess, to desirable effect. Splinter Twin Combo decks remain viable as well, despite the lack of "mind-sculpting". 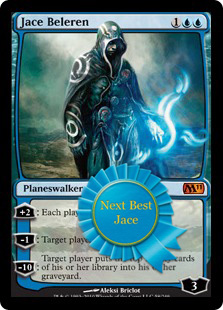 An assortment of rogue decks have also appeared, proving the point that the bannings have created a much more creative environment for players to exercise their imagination.

Primeval Titan wasn't the only green card that returned. One player was able to overrun his opponents with little green men with the help of Ezuri, Renegade Leader and the forgotten Garruk Wildspeaker. Another was able to poison everyone with his Glistener Elf and multiple pump spells.

Honorable mention goes to the Tezzeret Combo deck, previously sensationalized by Martin Juza, which uses Spellskite to protect Kudoltha Forgemaster to tutor up an end-of-turn Blightsteel Colossus for an instant kill!

3 Leyline of Sanctity 4 Day of Judgment

3 Go for the Throat 2 Dismember

4 Into the Roil 4 Dispel