The City of São Paulo 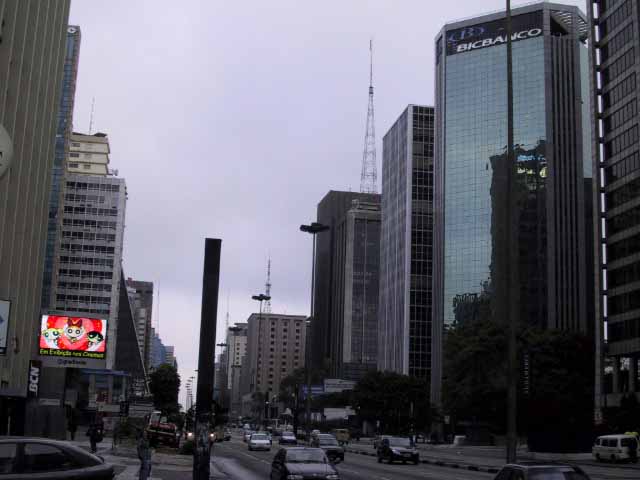 Avenida Paulista in all its glory.If you are expecting anything Magic-related on this article you better skip all the way down to the last paragraph. We normally skip from town to town trying to give you the most in depth information about the Pro Tour circuit. But very rarely do we take the time to tell you a bit more about the cities.

São Paulo is a very old city, by Latin-American standards. It started of as a mission center in a plateau some seventy kms (forty-five miles for the non-metric amongst you) from the sea, founded by Jesuits priests in 1554. It was a key starting point for a movement called Bandeirantes (Flagbearers). Unlike the kamikaze white creatures, the Bandeirantes where explorers who dwelved deep in the South America's center to set up colonies. And - sadly - hunt down escaped slaves and natives.

The most visible result in the top "bend" Brazil has in any map. At the start of the naval discovery period the two more powerful sea nations - Portugal and Spain - signed a treaty in Tordesillas splitting the world in half. Each superpower would have the right to any newfound lands in its half. The Atlantic coast of Brazil belonged to Portugal but the line should have given the country - then colony - a straight western border. Instead the Bandeirantes pressed on, past the limit, marking the territory for Portugal. By the time the Spanish got there, it was too late.

Still, for three centuries, São Paulo seemed destined to the simple life of a small town.

But then the industrial revolution stormed in. In fact, it dragged São Paulo all the way to the forefront of Brazilian progress. Exploding in wealth, mainly due to its surrounding coffee plantations, the city used the initial economical boost to create a very solid industrial basis. 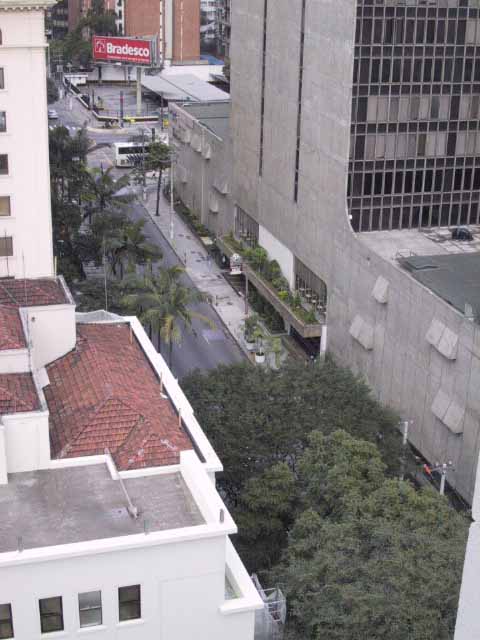 The streets of the cultural melting pot they call São Paulo.To this day São Paulo is the heart of Brazil's economy - just as Amazonia is the World's lungs - providing more then thirty percent of the country's GNP (Gross National Product). Which is a lot if you consider that Brazil is the ninth largest economy in the world. The central avenue, called Avenida Paulista (Paulist Avenue) is the Latin-America's top business and industrial center.

This boom brought people from all over the world and amongst the more than eighteen million inhabitants there are large Italian, Japanese and Lebanese communities. Already a country marked by mingling of several cultures Brazilians have little, or no, trouble accepting new ideas and ways of life. This openness is very clear in São Paulo: not only does it have the largest Japanese community outside Japan, but its pizza is called the best in the world by very knowledgeable experts (the Italian community). Even the site we are in right now is named after a Syrian city.

Magic-wise, in case you ever visit São Paulo, there are a few places you might want to check out. The Brazilian distributor, Devir, has its own webpage (www.devir.com.br/magic) where you can get information and a MagicBR (www.magicbr.com) is also a "must-check" web reference for Brazilian Magic.

The tournament today is in Avenida Paulista, which we mentioned earlier. For the less economical-oriented of you two details: it has five McDonald's and enough Lan houses (about $1.50 per hour) to make you feel right at home.