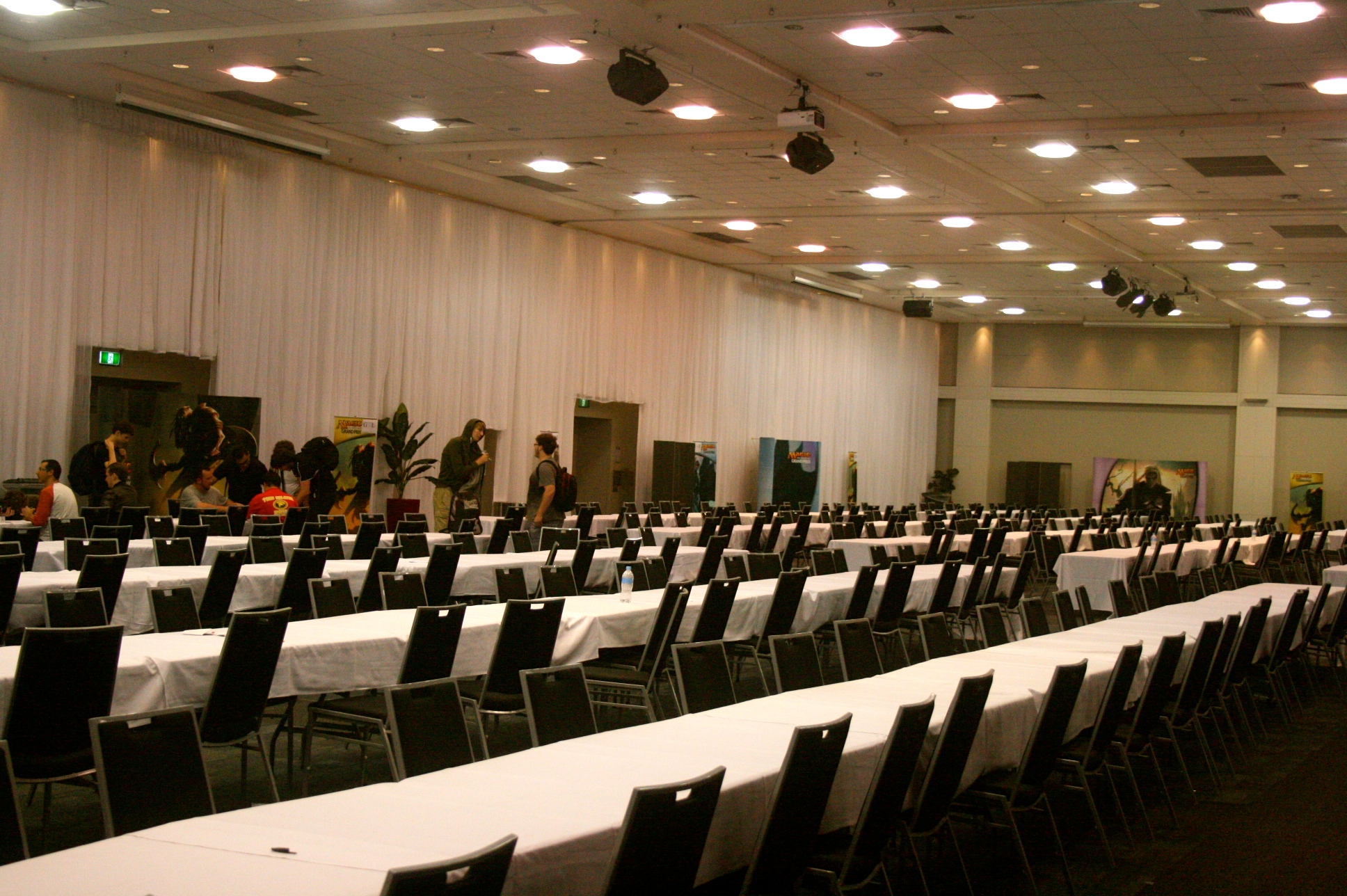 he Gods have spoken.

Thassa, God of the Seas is making waves in the new Blue Devotion archetype that splashes white for newfound friend Ephara, God of the Polis and Detention Sphere. Newly immortalized Xenagos, God of Revels is wrecking havoc, granting his monstrous minions haste and "double strike". Erebos, God of the Dead continues to be backbreaking in the Mono-Black Devotion mirror match, switching off opposing Gray Merchant of Asphodels and even Heliod, God of the Suns and Purphoros, God of the Hammer have also made appearances.

Grand Prix Melbourne is quite literally "Born of the Gods".

Day One of the largest Grand Prix in Australia has come to an end and only a 128 hopefuls remain. James Fazzolari and Wei Yifan are at the perfect 9-0 record, while Nam Sung-wook is at 8-0-1. Some notable players hot on their heels include Zheng Jingwei, Luke Mulcahy, Huang Hao-Shan, Roger Matthew, Wilfy Horig and Joe Soh, all at 8-1 records. Current Australian Pro Point leader Justin Cheung has also managed the cut, along with three-time Pro Tour Top 8 competitor Terry Soh and ex-National Champions Adam Witton and Rick Lee.

With so much talent in the pool, be back tomorrow as we deliver to you the latest updates from the source, along with live streaming video coverage! Stay tuned!

4 Brimaz, King of Oreskos 2 Ajani, Caller of the Pride 1 Heliod, God of the Sun
75 Cards

2 Soldier of the Pantheon

2 Call of the Conclave

4 Selesnya Charm 4 Advent of the Wurm

4 Soldier of the Pantheon 4 Experiment One 3 Mistcutter Hydra

2 Spear of Heliod 1 Whip of Erebos

3 Ephara, God of the Polis 1 Whip of Erebos 2 Notion Thief

2 Ajani, Caller of the Pride 2 Glare of Heresy

4 Advent of the Wurm


With Pro Tour Born of the Gods in the books, we are now ready to welcome the first Grand Prix featuring the latest expansion. 902 players are assembled here in Melbourne, showing the world what they can do with the addition of Born of the Gods, loaded with goodies that could change the face of Standard forever. What can we be expecting this weekend?

Azorius (and perhaps Esper) Mages who swear by their Sphinx's Revelations and Supreme Verdicts now have improved manabases thanks to Temple of Enlightenment, as well as a few more tricks up their sleeves. Revoke Existence is a handy way to nullify an opposing indestructible god, as is Nullify itself. Fated Retribution is also a great option despite it's slightly prohibitive mana cost, but looks promising considering the last "instant speed" Wrath of God effect was printed way back during the Invasion Block (Rout). Azorius Mages will be happy to sweep the board clean (while keeping their own Detention Spheres intact) before untapping to resolve a backbreaking Elspeth, Sun's Champion.

World Champion Makihito Mihara was the first to experiment with the synergy between Brimaz, King of Oreskos and Ephara, God of the Polis as seen during the Super Sunday Series but players are seen running the White Blue God alongside Cloudfin Raptor, Tidebinder Mage and Master of Waves, to make the Mono-Blue Devotion archetype more resilient against the sea of removal. With Detention Spheres providing a dash of removal while contributing to devation, it should not be difficult to harness the power of Ephara.

Red Green Monsters are also back in full force, now that Courser of Kruphix is in the mix. Used alongside Domri Rade, it provides a touch of library manipulation and card advantage to keep the threats flowing and greater consistency. Recently immortalized Xenagos, God of Revels is also a toughie himself, capable of threatening swift kills with oversized threats like Polukranos, World Eater and Stormbreath Dragon.

Kiora, the Crashing Wave was also heard to be making waves in some nifty concoctions. Aside from traditional "Bant Control" brews hungering for mana to power out large Sphinx's Revelations, the last time we checked, someone was playing them alongside Ashiok, Nightmare Weaver in a truly unique BUG brew.

There are also rumors of Satyr Firedancers and Searing Blood making appearances in Boros Burn decks (upgrading all spells into Searing Blazes on steroids) and Herald of Torment rearing its ugly head in Rakdos Aggro variants. There are so many surprises at at Grand Prix Melbourne, and we can't wait to watch the magic unfold down under!


Team MTG Mint Card Pro Huang Hao-Shan is a three-time Grand Prix Top 8 competitor and not unfamiliar to competing on the Australian Grand Prix Circuit. As a matter of fact, the last time he has seen success on this continent was during Grand Prix Brisbane 2011. Today, he has braved the twelve-hour flight once again and is armed with what he feels is the best Standard deck at the moment, Red Green Monsters. 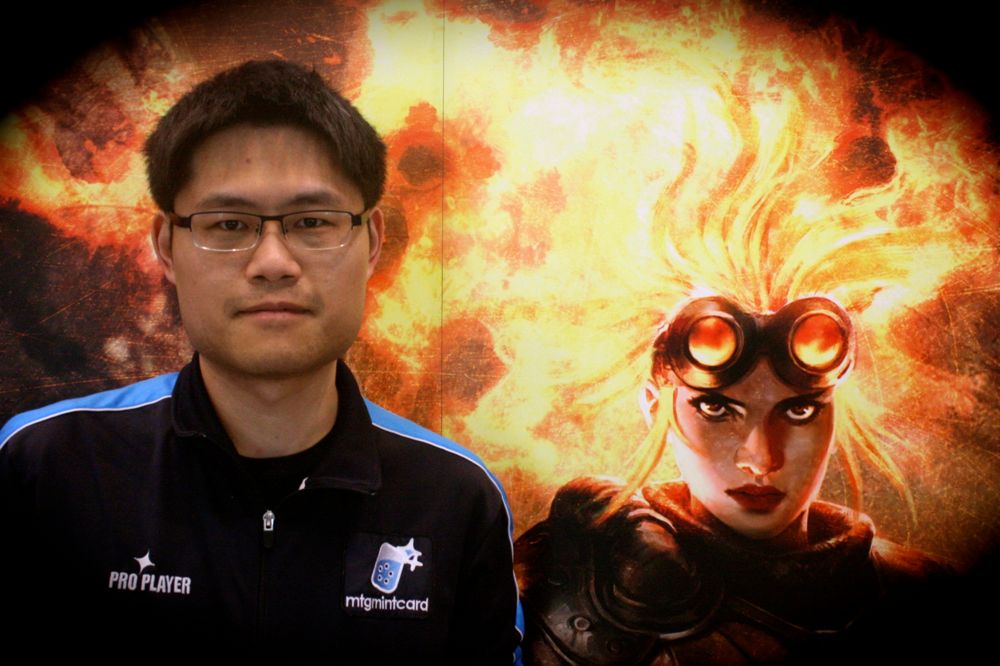 "Courser of Kruphix is my favorite addition from Born of the Gods. It is the glue that makes the deck gel together." According to him, it is rare that the Gruul gets card advantage machines like Domri Rade, Courser of Kruphix and Chandra Pyromaster, so he "cannot resist the temptation of playing the red green deck with card drawing".

The problem with Red Green decks in the past is that they run out of steam quickly and have difficulty coming back once they are behind. Flood is also a real concern and nobody likes to topdeck mana dorks or excess lands later on. However, these problems seem to have been mitigated by the existence of Polukranos, World Eater, Stormbreath Dragon and Mistcutter Hydra, mana sinks that allow the Gruul player to dominate during the late game.

"I'm also overwhelmed by the size of Grand Prix Melbourne this time round. The community has ballooned tremendously and it is a sign that the game is flourishing and I'm very happy to be part of it. I'm also absolutely enjoying the weather here. Having dinner with friends in the warm sun while enjoying the cool sea breeze at St. Kilda's Beach is quite simply one of the greatest pleasures in life."

With his eyes set on a Top 4 finish that would grant him a blue envelope to Pro Tour Journey to Nyx, let's see where the power of Xenagos leads him.


Terry Soh is easily the most accomplished player in the field of 902 today and it is not difficult to defend this bold statement. With three Pro Tour Top 8s and three Grand Prix Top 8s in his decorated resumé, he is also one of the few privileged players to be immortalized on his very own card, Rakdos Augermage. 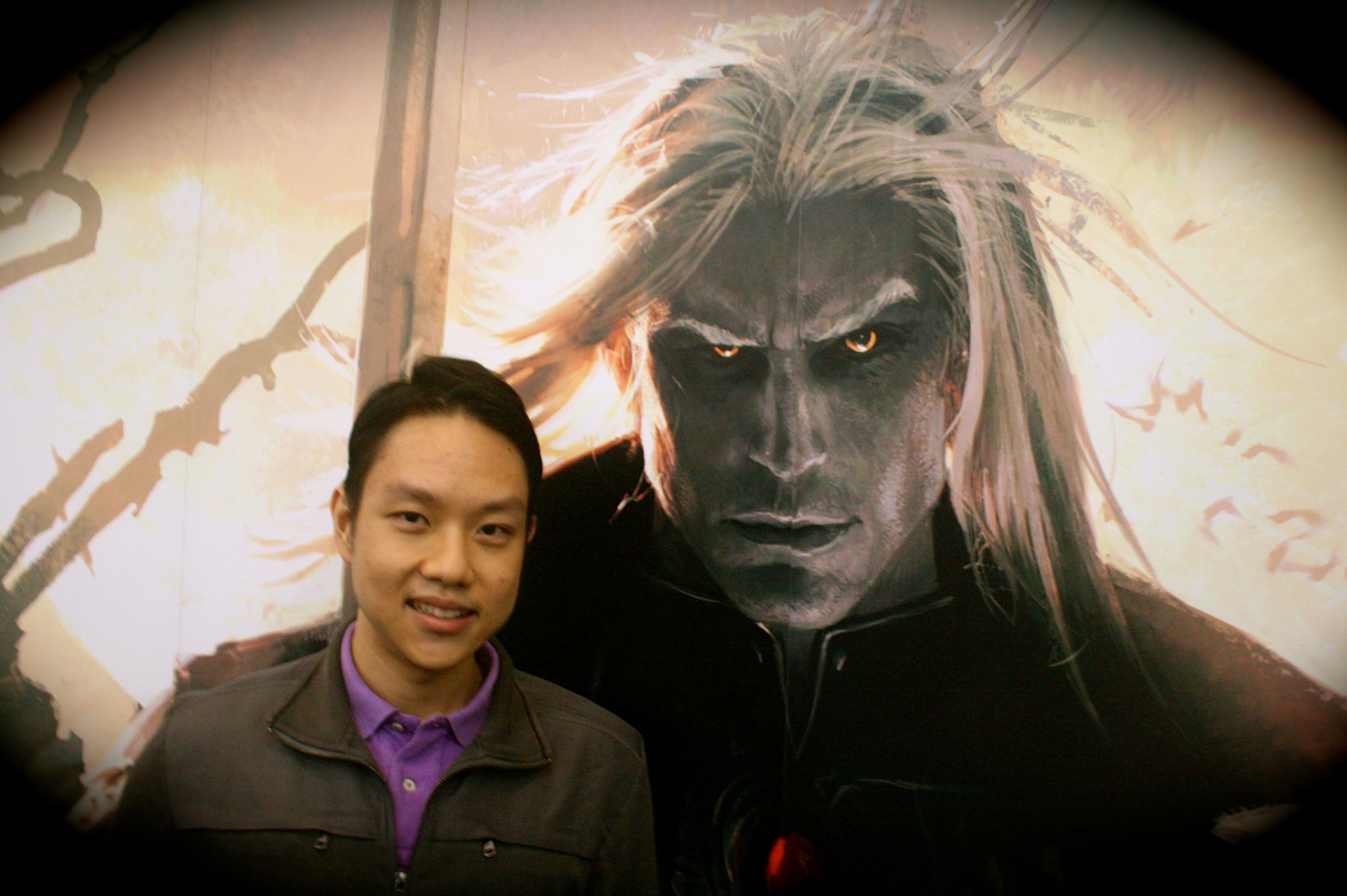 His brother, Joe Soh (a two-time National Champion himself), had made plans to attend Grand Prix Melbourne and Soh had decided to hop onto the bandwagon at the eleventh hour. "I took this opportunity to enjoy a short vacation with my girlfriend," but being the hardcore Magic fan at heart, he could not resist the temptation to swing by to play some Magic for just a couple of days.

"I'm playing Mono-Black Devotion, the deck that I'm the most familiar and have most experience with," explaining his weapon of choice this weekend. Clearly still very much connected to the game despite a short hiatus, he earnestly shared with me that the mirror match is still a toss-up and has elected to play the full set of Bile Blight in the maindeck just in case the Pack Rats run wild on the opposing side. "Bile Blight is bad against larger creatures but since I have a good sideboard for the other matchups, I figured I should focus more on beating the mirror."

"Hopefully I do well enough today to net an invitation to Pro Tour Journey to Nyx. I am looking forward to playing on the Pro Tour again." With such an accomplished player piloting a top tier deck, I have confidence we will be seeing more of him as the day unravels. Good luck Terry!


Road warrior Ross Schafer is a mainstay at APAC GP's, flying out from one of the world's most remote cities to wherever the game is played. A trek across to Melbourne - a mere 2,730km - was never going to slow him down. I asked Schafer for his thoughts on how the format has shifted since the release of Born of the Gods. 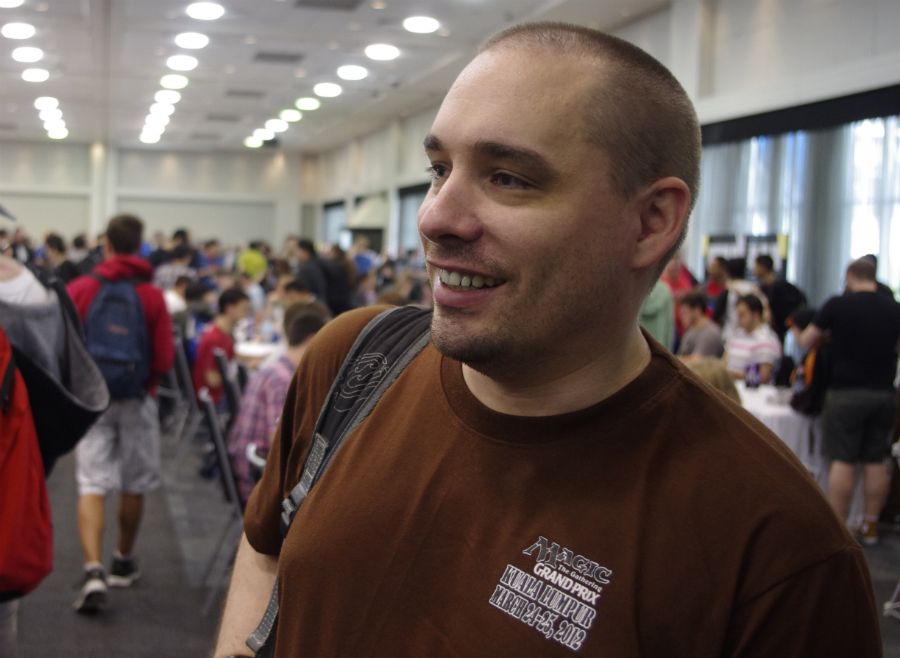 The key shift in the metagame in Schafer's opinion is the broad rise of R/G Monsters. The Mono-Black decks that were so dominant previously have started to metamorphose into B/W decks, but Schafer feels like the metagame in Melbourne might not respond to that trend with any great speed. The lack of posted results may mean that players are more likely to stick with what they know or only make subtle adjustments rather than risking a relatively untested build.

"There aren't really any new decks", Schafer noticed, "But everyone's making subtle changes to their lists. The rise of the R/G decks mean that control decks can't rely on Supreme Verdict any more. Temporary removal - like Azorius Charm - is dropping in value and being replaced with more permanent answers so that the control decks can keep pace."

Schafer also notes some changes in the control mirrors, with some players boarding in multiple creatures to pre-empt their opponents sideboarding out their removal. "Staying ahead of the curve in sideboarding lets control decks eke out wins in the mirror when their opponents mis-step, and then forces them to hedge their bets against a transformational sideboard in Game 3."