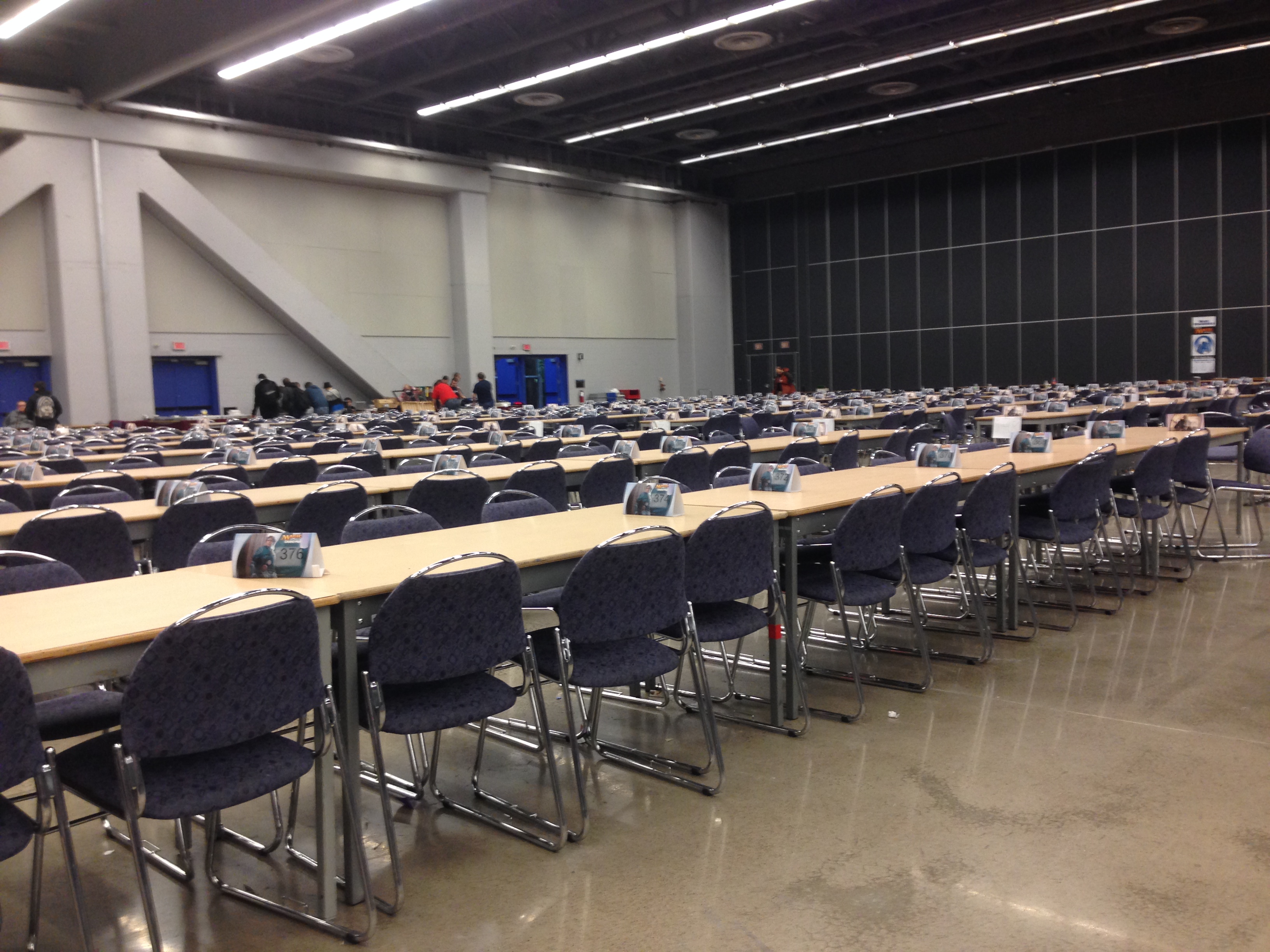 Across the nine rounds of Sealed Deck we saw heroes rise and fall. 2013 Player of the Year, and currently 8th-ranked, Josh Utter-Leyton fell early in the day as teammate David Ochoa rose through the ranks. Former Magic R&D developer and current Pro Tour coverage commentator Zac Hill took a strong run all day starting with Round 1, but multiple Grand Prix Top 8 player Patrick Cox rebooked his flight home before the penultimate round. In the end, five players stood above the rest and remained undefeated going into tomorrow drafts: Gerard Fabiano, Daniel Fournier, Michael Ando, Philip Dettelis, and Geoff Risi.

A host more players remain right behind them with just one loss each.

With Born of the Gods Sealed Deck firmly behind us our eyes now turn to picks from packs: Six rounds of Booster Draft stand between tomorrow's competitors and the Top 8 they each seek. Join us around 9 AM local time to watch it all unfold live.

by Adam Styborski and Josh Bennett

1 Reaper of the Wilds 1 Siren of the Silent Song

1 Kraken of the Straits 1 Tromokratis

1 Xenagos, the Reveler 1 Daxos of Meletis 1 Triad of Fates