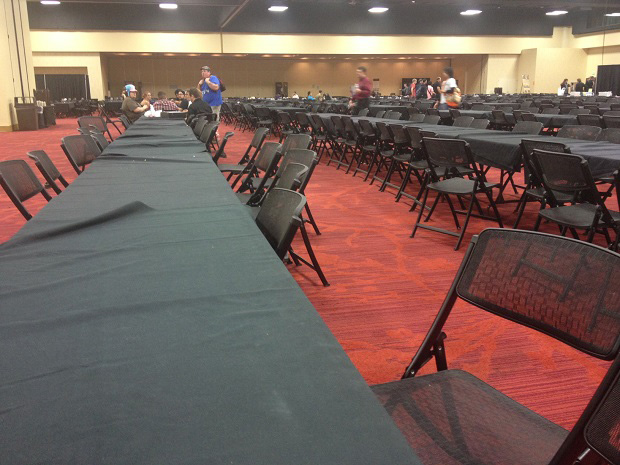 1631 planeswalkers descended on Oakland today with dreams of being crowned the champion of Grand Prix Oakland. After nine grueling rounds of sealed deck, only 186 remain. Of those, five players enter the second day of competition with untarnished records: Ben "Benny Beatdown" Lundquist, Ben Stark, Scott Gerhardt, William Jensen, and Elliot Woo have put themselves in an excellent position to battle their way through to the Top 8. The remaining few have proven their mastery of the Magic 2014 Sealed Deck format, but tomorrow the players will be required to draft against a murderer's row of opponents. Stay tuned to coverage of Grand Prix Oakland to watch all action unfold!

1 Ring of Three Wishes 1 Ajani, Caller of the Pride
101 Cards