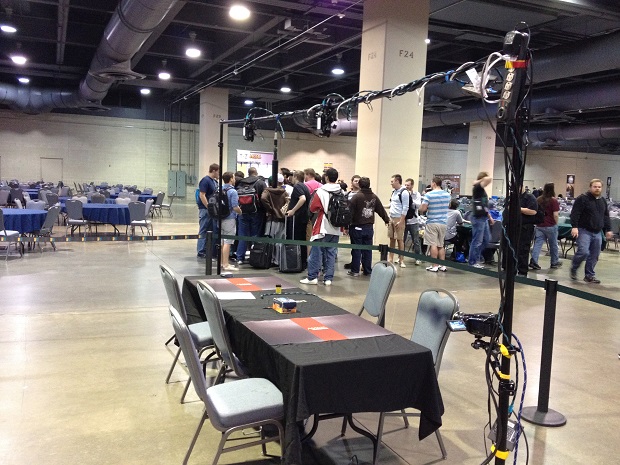 ay one of Grand Prix Philadelphia is at a close, but it feels like the weekend is just getting started. Nearly 1,900 cracked more than 11,000 packs, but with Day 2 comes the draft portion of the event and a whole lot of excitement as we move out of sealed.

A whopping six players are still undefeated heading into Day 2, including a few names you might recognize. No. 2 Reid Duke leads a pack of 9-0s that also includes Christian Calcano, Mark Evaldi, Michael Baraniecki, Andy Tan, and Carl Mitchell.

No. 24 David Ochoa just barely missed making that list, falling in the last round to Tan, but he and a number of other incredibly talented heroes will be back tomorrow. No. 11 Alex Hayne, No. 25 William Jensen, Hall of Famer Jon Finkel, Shaheen Soorani and a number of others will return to seek glory.

But once again, as they have much of the last two years, everyone is looking up at Reid Duke, hoping to emulate, or perhaps pass, the world number two. He's still quite a ways back on No. 1 Jeremy Dezani—who isn't here this weekend—but a win or Top 8 berth this weekend would sure help his Player of the Year candidacy.

There's still a long way to go until that comes into consideration. Two drafts, six round, and hundreds of players hungry to secure eight slots in the third and final draft tomorrow on the way to crowning the 2014 Grand Prix Philadelphia Champion.

1 Chained to the Rocks

1 Portent of Betrayal 1 Rage of Purphoros