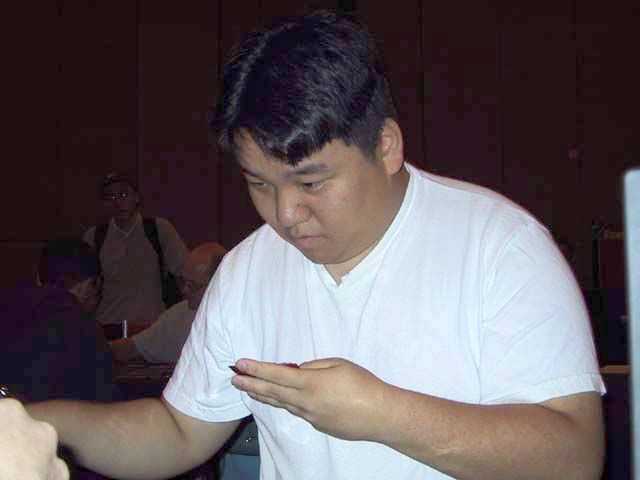 At the end of Day 1, two players stood at the top of the standings at 6-0 - Vancouver's Terry Tsang and Quebec's Louis Boileau. Hot on their heels were a handful of players such as Gary Wise, Gabriel Tsang, Jeff Cunningham and Elijah Pollock. Tomorrow's Standard portion will give some of the constructed specialists a chance to excel.

The two leaders employed quite different strategies for their 6-0 finish. Pro Tour New York 1999 Top 8 finisher Terry Tsang focused his attention towards drafting Blue, while Grand Prix Detroit Top 8 finisher Louis Boileau used the age-old strategy of avoiding your neighbors colors. "In the second draft, the guy on my right went to white, and so I went to black," said Boileau. "The player to my right went into Green/White, and so I went towards Red/Black. I did the same thing in the first draft, but with different colors."

Terry's preference towards Blue only partly contributed to his success. 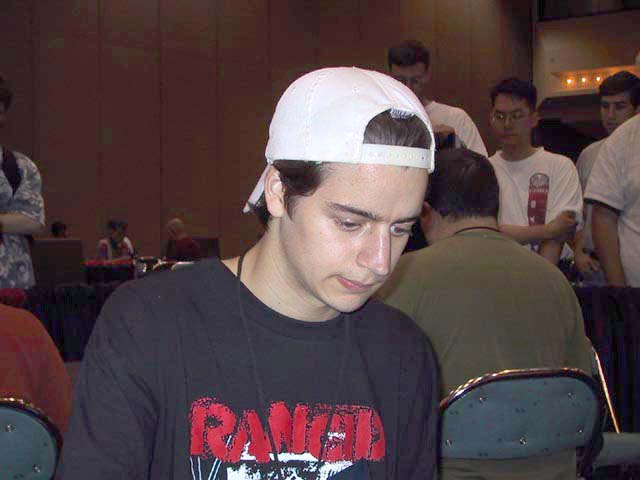 Neither of the undefeated players feels like they have a handle on what to play in Type Two. Terry Tsang hopes to get help from his friends Gab Tsang and visiting Norwegian Sigurd Eskeland. Louis, on the other hand, plans on staying up late tonight to practice for tomorrow.

Several other players also expressed unease about the Standard portion, uncertain about what to go into the event with. Some players, like Gary Wise, planned on saving their best decks for Worlds, but not many of the players have that luxury.

For players farther down in the totem pole of standings, the Standard is what they have to put everything into. Sitting at 3-3, constructed Specialist Jasar Elarar put it best: "I'm going to have to slam people in the Standard tomorrow."