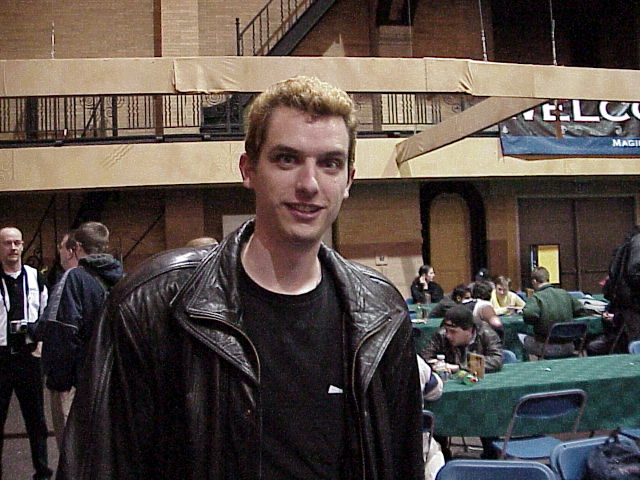 Holy Matt Vienneau! With his Grand Prix Dallas win still fresh in everyone's mind, Matt Vienneau ran the table on Day 1 of yet another Grand Prix. He claims that his white/blue/black deck was awful, that he misbuilt it, and that he just keeps getting lucky, but I'm not sure how much longer I'm going to buy the self-effacing act. Matt has indeed made some amazing mistakes over the years, but you've also got to give him credit for playing a pretty good game of Magic most of the time.

50-year old Tom Swan (yes that's a five and a zero) went to bed Saturday night in second place. His son, Brad, also made Day 2. This father and son team have played four Pro Tours together over the past few years. Tom got handed a sealed deck with all the blue/black/red goods and he put them to proper use. 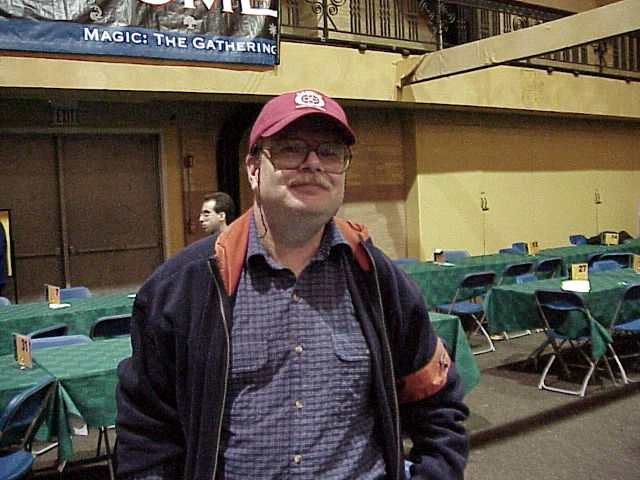 Car Acrobatic Team member Andrew Johnson was the only other person sporting a perfect 8-0 record after Day 1 and he did it without dropping even a single game! 12 games played, 12 games won. I can't remember the last time I saw a 100% duel win percentage at the end of a Grand Prix day. Johnson got handed a sealed deck with Spinal Embrace, Faerie Squadron, and the oh-so-broken combo of Cavern Harpy and Stormscape Battlemage. However, he left all those cards in his sideboard, electing instead for a much more aggressive red/green build that splashed white for Benalish Trapper and Sabertooth Nishoba. His MVP was a nice shiny Tahngarth (normal art, though).

590 players competed on Day 1 of Grand Prix Boston, making it the largest North American Grand Prix ever. Philadelphia had the previous record at 579. With 541 people playing Grand Prix Cologne, that makes this the largest Grand Prix weekend in history, beating out Grand Prix Tokyo (alone), which had a little over a thousand!

Walking around talking to people over the course of Day 1, it seemed like if there's a rule for Invasion/Planeshift sealed deck, it appeared to be "play black/red." I saw about as many people splashing green in their black/red decks as were splashing blue, but I did see an awful lot of black and red. Deciding which color to add in hinges on whether you want to be the beatdown player or the control player (and, of course, what cards you opened). My advice is to hope you open either Darigaaz or Crosis because then your decision is easy.

There were 12 decks that survived the first 7 rounds without a loss (9 7-0's and 3 6-0-1's). Every single one of them was playing exactly 3 colors and here's what those colors were: 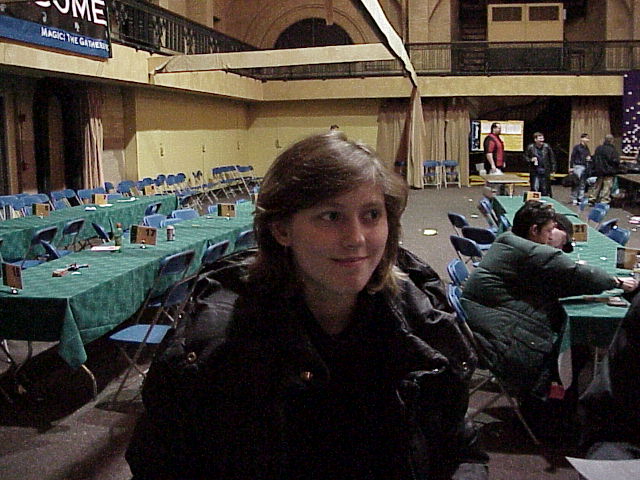 Only seven people who were eligible for the 1700-flag money advanced to Day 2 and thus the 1700-flag money went all the way down to 95th. Two women were included among those 16 players - Melissa DeTora (who was proudly wearing a Your Move Games shirt) and Zhanna Davydova, a Russian citizen who understands English reasonably well, but doesn't speak it much at all. She was here with her boyfriend - an American citizen with parents in Nashua, New Hampshire who goes to university with her in Moscow.