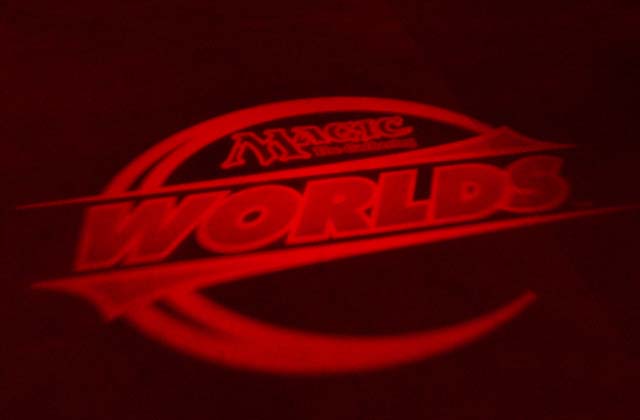 Sometimes, metagame analysis isn't all it's cracked up to be. Sure, it helps to predict the field, and having a good idea of what will be played can give a player a tremendous advantage. In this case, for lack of a better term, the metagame screwed things up. A lot. 180 Yavimaya Coasts were supposedly sold last night, signaling to many players that green-blue would be the deck to beat. As a result, the field was defined by green-blue decks, and anti-green-blue decks. Who came out on top? The players who ignored everything, and just played Fires.

Gert Coeckelbergh of Belgium and Jan Tomcani of the Slovak Republic both ran the metagame defining aggro deck to perfect records today, continuing the trend that has been going on for almost a year now- Fires almost always seems to come out on top. Rounding out the undefeated players for the day are the Netherlands' Joost Vollebregt, who played Machine Head, and Finland's two time Pro Tour Champion Tommi Hovi, who ran Dromar-Go. Sense a trend here? All four undefeated players are European.

Even though these players may be unfamiliar to some, there are three 5-1 players who are easy to recognize. Brian Selden, Kai Budde and Jon Finkel all finished up the day 5-1. These three players are the last three World Champions, and all played the same deck today: green-blue Saproling-Opposition. These Europeans may be looking to go on a tear this weekend, but they will have to get past the old guard first.

The United States has traditionally dominated the team event at Worlds. In fact, it has won the event every year except once, when Canada took the title. At the end of the day, the United States team had an abysmal combined rating of 6-12. Japan, the second largest Magic market in the world, is currently in first place, followed by Australia.