Posted in Event Coverage on September 9, 2007

Getting to bed at midnight after 9 rounds of high-level Magic is one thing. Knowing that you've got to do it all again tomorrow is quite another. And that's what faced our final 128 competitors Sunday morning here in Florence, as the other 954 got to stay in bed or go sightseeing. That's the 953 others, and Kenji Tsumura, who now seems set to lose ground to compatriot Tomoharu Saitou in the Player of the Year race. 65th place wasn't quite enough for Kenji, but for Saitou and 127 others the dream is still alive, and you can follow it all right here.


Antonino De Rosa isn't seen at European GP's so often anymore, as his job doesn't permit him that much time off. But he has some family here in Italy, so he used some vacation time to visit them, and combined that with the trip to Florence. He brought the Haze of Rage deck that has enjoyed a little popularity lately. 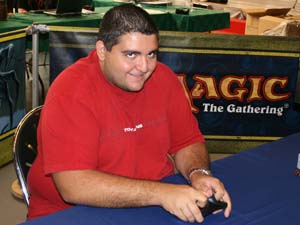 Good things are happening to Antonino

He is up against former World Champion Julien Nuijten, who opted to play the classic blue-black Teachings deck.

Antonino was the aggressor in this game, but he started off rather slowly with only Thornweald Archer and Kavu Predator. Julien had Slaughter Pact and Tendrils of Corruption for those two, and the game continued like that for a while. Antonino would get some creatures and do some damage, and Julien would kill them and get his life back with Tendrils. Then Antonino kicked things up a notch, buybacking Haze of Rage. Julien had Void, and all Antonino was left with were two Goblin tokens from a Mogg War Marshal. Ironically, after dealing with all of Antonino's "real" creatures, Julien never found an answer to the tokens, and they won the game with a little back-up from Pendelhaven and Gaea's Anthem.

In Game 2, Antonino seemed to have a great start, when he suspended Greater Gargadon turn one and played Mogg War Marshal turn two. But paying the echo on turn three is usually not a sign of strength on this situation. Luckily for him, Julien was struggling even more. He had enough lands and played spells each turn, but they were all spells that drew more cards and didn't affect the board. Antonino got a lot of free damage in because of that, and had the time to find a Tarmogoyf and another Gargadon to put more pressure on Julien. The Dutchman finally got the chance to play some action spells, and managed to slowly clear the board. When he played his second Void, it doubled as a Haunting Hymn, as Antonino's hand consisted only of two mana spells. At this point, even though he had only 3 life left, things were looking really good for Julien. Both players had empty hands, but he had the advantage of ten lands to Antonino's four, had had Urza's Factory in play, and he had a Strangling Soot waiting in his graveyard. He started making tokens, and destroyed the first few creatures Antonino drew, but when Antonino played Summoner's Pact for Uktabi Drake, he had no answers and extended his hand in defeat. 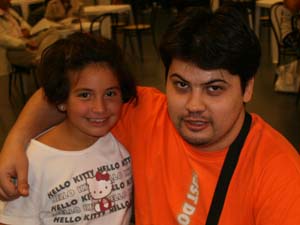 One of the side-events today is the Two-Headed Giant tournament for mixed teams. Traditionally, the participants are guys who drag along their girlfriends and tell them what to do. Today, it seems to be quite different, as a lot of the girls actually enjoy playing, and the discussions about what decks to play and who gets to play what are just like at the other 2hg-events. On top of the standings before the last round, we see Team Leonelli-Mrankov - and little Ada Leonelli had actually made top 8 at a nationals qualifier this year, so she is quite serious about the game...


The current leader of the Player of the Year Race, Tomoharu Saitou, came all the way from Japan to pick up a few more points. He is playing the white-green Tarmogoyf aggro deck. Marijn Lybaert from Belgium is also quite highly ranked in the race, but his travel was a lot shorter. He brought the most popular deck of the tournament, blue-black Teachings. 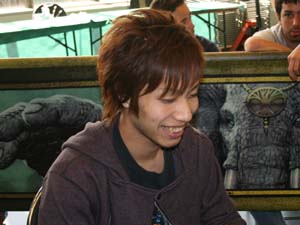 Saitou opened with Flagstones of Trokair and Edge of Autumn. He then played Saffi Eriksdotter and the decks signature card, Tarmogoyf. Marijn attempted to play Bogardan Hellkite, but he had miscalculated his storage land, so he actually only had seven mana. So he took another round of beatings. When he finally was in a position to fight back, he was forced to make some bad blocks due to his low life total, so Saitou could always keep the pressure up. In the end, a Mystic Enforcer finished him off.

Game 2 saw Saffi and Tarmogoyf reunited on Saitou's side of the table, and the beauty valiantly sacrificed herself for the beast when Lybaert played Void for two. Again, Saitou kept the pressure up, playing threat after threat that Lybaert struggled to deal with. And again, a Mystic Enforcer ended the game. 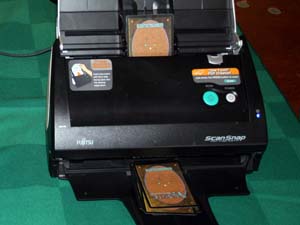 My fellow reporter Rich Hagon is a very lucky man. He has a 5-year-old daughter, Elizabeth. And on Friday he proudly told me what her favorite thing in the whole world is: It is sorting Magic cards! This is extremely useful when new sets come out, when there is a rotation in standard or when loads of forgotten cards are rediscovered in a box in the basement.

Not everyone can be as lucky as Rich. But for everyone who isn't, there may be hope: Italian engineer Marco Orlandi is developing a card reading machine that is quite marvellous. He uses a standard scanner combined with some software he developed. The scanner will automatically scan the cards one by one, and the software will them compare them to a database. The end result is a list of the cards that were entered. He got the idea when he saw how long deck registration takes at tournaments, but the people most interested in the machine may be the dealers with the millions of cards in their inventories. 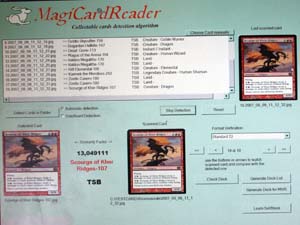 Right now, he is working on combining the software and the scanner in one application. Once that is done, little Elizabeth may have to settle for playing Monopoly with her dad...


The last round of a Grand Prix always starts with a lot of calculating for the players still in contention. I will try to give an overview of the situation for the people at home.

There is almost no chance that someone with 36 points will make it in. 37 is not a sure thing either, as up to 10 people could have 37 or more points.

Masami Kaneko (40 points) is playing Armin Birner (37). Birner would probably like the draw, and Kaneko may or may not agree, depending on whether he would like some rest before the top 8, and whether he likes the match-up, should they play there.
Marco Cammilluzzi (37) and Dennis Andreasen (36) will probably draw, as it improves both their situations immensely. Ronald Guetl (37) and Mido Kagawa (34) will need to play. We then have three matches where everybody has 34 points and needs a win: Giovanni Intini vs. Manuel Bucher, Tomoharu Saitou vs. Andre Coimbra, and Rasmus Sibast vs. Marco Orsini-Jones. The last game with a possible top8-contender is Karl-Heinz Rohde (34) vs. Fried Meulders (33). Meulders may concede, but he might also choose to play and go for some extra prizes.

Birner and Kaneko drew as predicted, and so did Cammilluzzi and Andreasen. Guetl quickly lost to Kagawa. In the feature matches, Bucher won a long match over Intini, 2-0. Saitou surprisingly lost to Coimbra and is out of the race. Sibast managed to defeat Orsini-Jones after losing Game 1. As Karl-Heinz Rohde lost, we have 6 players with 37 points, of which 5 would make it to the top 8: Andeasen, Guetl, Kagawa, Bucher, Coimbra, and Sibast. Kaneko, Birner and Cammilluzzi are in for sure, the other six will have to wait for the tiebreakers. 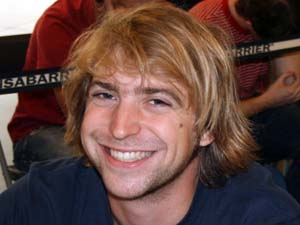 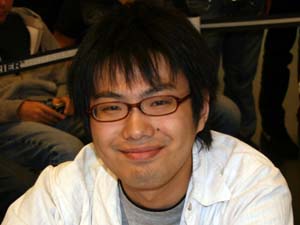 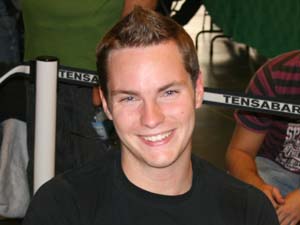 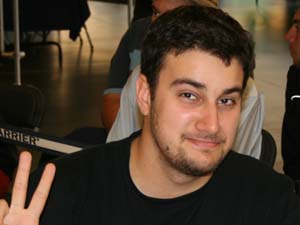 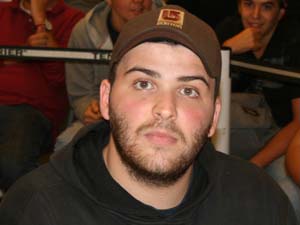 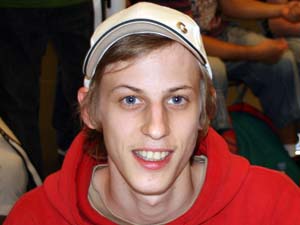 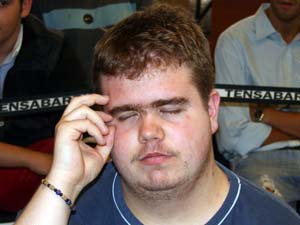 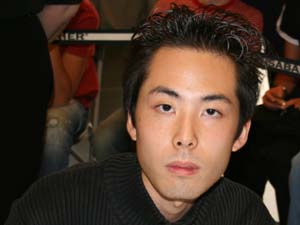 Posted in Event Coverage on September 9, 2007