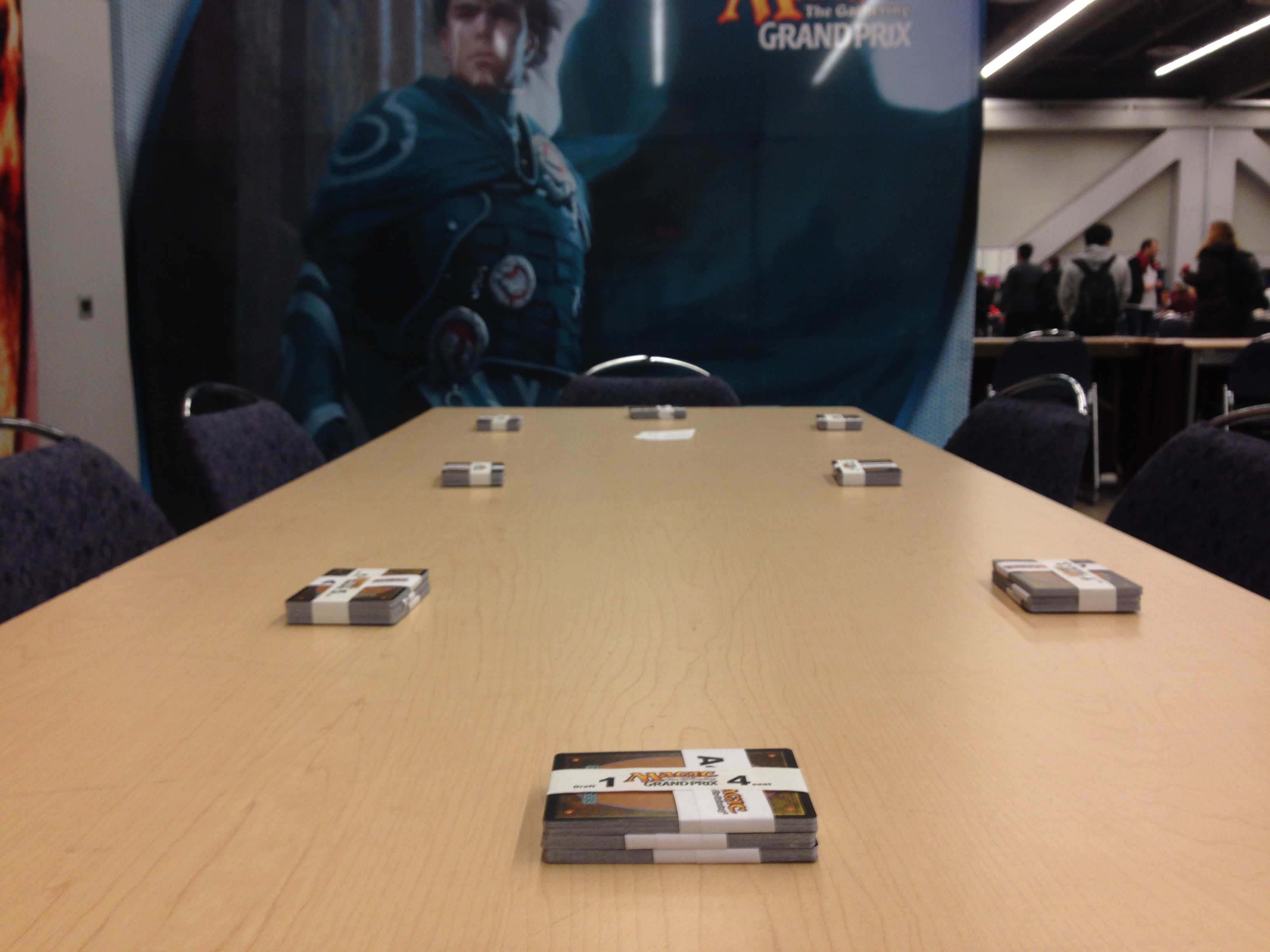 The call of the judge keeps time for competitors that have returned for Day 1 of Grand Prix Montreal. What started as a Canadian Grand Prix record of 1,622 players has been pared down to just 170. Among them are 7th-ranked Shahar Shenhar, 11th-ranked Alexander Hayne, and multiple Grand Prix Top 8 competitors David Ochoa and Gerard Fabiano - the latter who went undefeated on Day 1 alongside Daniel Fournier, Michael Ando, Philip Dettelis, and Geoff Risi.

What lies in store today? Six rounds of Born of the Gods-Theros-Theros Draft stand between the start of Round 10 and a final draft at Top 8. Tune in for live coverage at twitch.tv/magic starting shortly after 10 AM local time.

Will you be watching when history is unwrapped?

1 Kraken of the Straits
81 Cards