Posted in Event Coverage on February 9, 2014 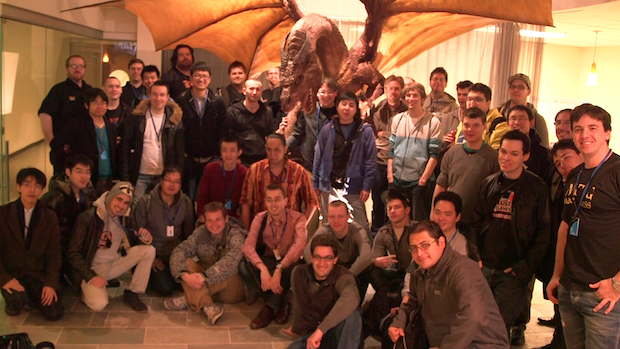 t's a snowy Sunday morning here at the Sunday Super Series at the Wizards of the Coast headquarters in Renton, Washington. Really, it's a Snowing Sunday Super Series, seriously. We've got three more rounds of Standard before cutting to the Top 8 Modern Masters draft later today.

Though Canadian World Magic Cup 2013 competitor, Andrew Robdrup is the sole player at 6-0 and a virtual lock for Top 8, there are tons of players fighting below him to secure a top spot. Alabama's Chi Hoi Yim, Beijing player, Tan Gao, and California native, Jesse Thompson are all 5-1; just a couple more wins will get them there. And just about everyone at 4-2 can win out to secure a spot at the draft table.

The big names of the weekend are all straggling behind, but not out of it yet. No. 3 Reid Duke is sitting at 3-3, and both No. 13 Makihito Mihara and No. 12 Owen Turtenwald are 4-2.

Born of the Gods is in full swing. Brimaz, King of Oreskos , Bile Blight , Drown in Sorrow , and Meletis Astronomer are all making impressive showings. There're R&D members and Tournament Organizers from around the world watching all the action and hob-nobbing with some of the of the happiest Magic players the game's ever seen.

Get ready for the culmination of the first Magic Sunday Super Series ever!


Because y'all want them so much, here are the 3-0 draft decklists from the first three rounds of the Sunday Super Series Born of the Gods draft rounds. Enjoy!

1 March of the Returned

1 Hundred-Handed One 1 Hero of Iroas
40 Cards


There are only 39 players here at the Sunday Super Series, and Born of the Gods has been legal for less than a weekend, and already its effect on the format has been felt. Though there are a variety of cards that have shown up here (including Meletis Astronomer , my favorite), the one with the biggest impact has been Brimaz, King of Oreskos . There are a total of 30 copies of the legendary soldier, and the biggest story is the variety of decks it appears in. From Azorius Control decks, to Orzhov Midrange, all the way down to Boros Burn, the cat has been playing different roles this weekend.

As far as control is concerned, the cat is exactly what the sideboard needed. At different times in Theros Standard, various creatures have filled the role of "creature to beat down with after all the removal is sided out." Sometimes it was Fiendslayer Paladin , sometimes it was Archangel of Thune , but the consensus here appears to be Brimaz is a straight upgrade.

"It's just like what Hero of Bladehold did," said Grand Prix winner Dave Shiels. He and currently 5-1 player, Chi Hoi Yim, sat down with me to talk about the big ol' cat. Both players were playing variants of Azorius Control and Shiels feels not playing the cat was his "biggest mistake" of the weekend. 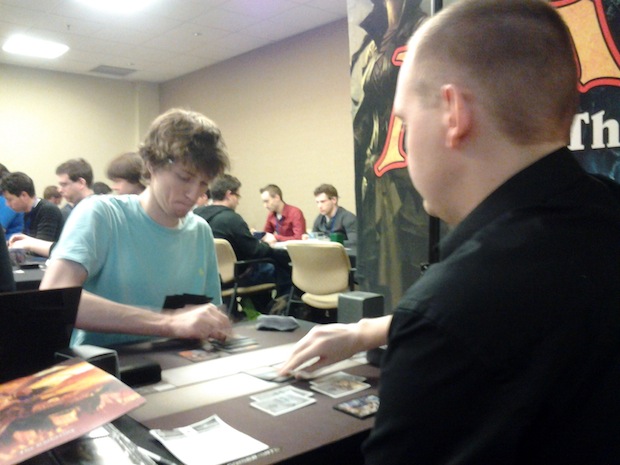 "I flipped a coin," Yim said on whether he played the cat this weekend. "I won." The two hadn't been able to test enough to truly know, but just after a few rounds this weekend, both players now know better. On how large it can be after the removal is moved into the board, "sometimes in mirror matches I even side out Detention Sphere ." And if even that stellar enchantment is sided out, there's literally nothing to stop the 3/4 win condition from getting in there. 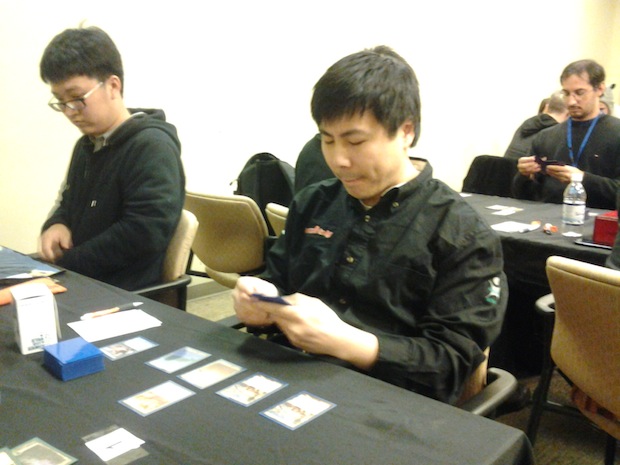 "Even though [the 1/1 tokens] are a bit awkward versus Jace, Architect of Thought ; Brimaz is still more than worth it." Shiels talked about how he thought in control was the true role for the cat. "Don't get me wrong, I'll still play it in [Selesnya], but it really stands out in control mirror matches."

But control is just one flavor of the card. Both André Girard and Kin Leong Chong are playing copies of the card in their Orzhov decks. Chong's is more of a traditional midrange deck, while Girard's is more controlling, but the card shines in both versions. Girard went so far as to say, "he will eventually replace Desecration Demon ." The Calgary native doesn't think he's going out on a limb to say that because, "he's faster than the Demon, and he's basically a hard counter when your opponent has one." Because Brimaz continually creates tokens to sacrifice to the Demon, the 3/4 will lock down the 6/6 as long as it wants to.

"I remember getting excited when Anurid Brushhopper was printed," Girard said. How far three-drop creatures have come. 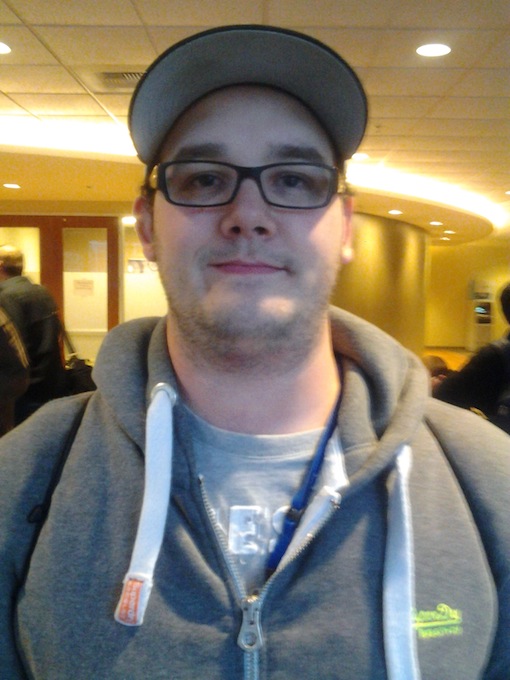 So the cat goes in midrange and control, but what about aggro? Colin Miller just played one copy of Brimaz over Boros Reckoner , untested, because he thought that the Reckoner "just isn't good enough." But now he realizes one copy wasn't enough. Miller continued, "At most times, he's just better than Reckoner. I just haven't figured out the land base yet." Miller even stressed, "I haven't even figured out how best to use him." And that, I believe, is the best part of Brimaz. More so than just jamming him into existing archetypes, this guy can create things we haven't even seen yet.

I talked to R&D developer, Sam Stoddard, who talked about how Brimaz's true presence is likely to be felt even harder. "His four toughness dodges so much of the existing removal ... we'll find decks that couldn't have existed before him." Though Stoddard was hush-hush about exactly what he thought might happen in the future, he did single out another Born of the Gods card that was likely to pair well with Brimaz. 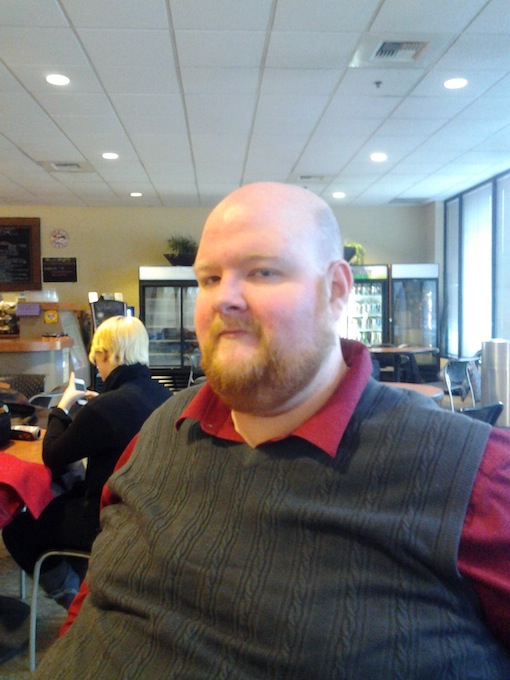 " Eidolon of Countless Battles counts every creature in play; Brimaz is a token producer," Sam commented.

Another R&D member, designer Gavin Verhey told me yesterday, and No. 3 Reid Duke echoed, that Brimaz, "gives players a reason to play white." Who knows what white aggressive decks will appear that play both those Born of the Gods standouts? The format is in its infancy, but Brimaz has already proved l'enfant terrible.

What's to come? We'll have to wait and see.


There are many amazing things going on here at the first-ever Super Sunday Series Championship. There is $20,000 on the line, sure; we're at the Wizards of the Coast headquarters, yes; but for many players here, the joys are much simpler. Some as simple as the ability to see the glorious motherland covered in snow. 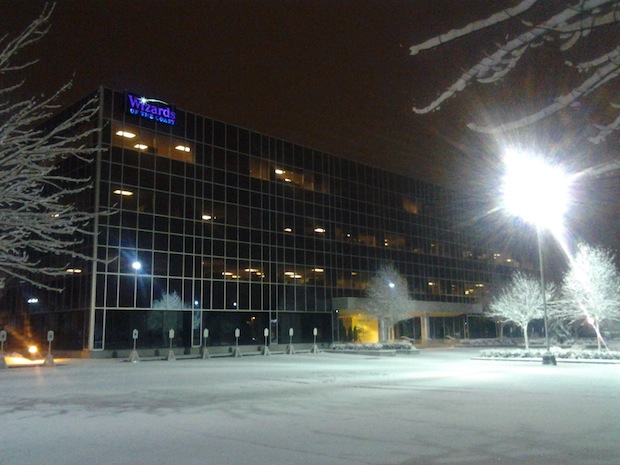 For Hokkaido, Japan native, Takahito Kobayashi, the word of the weekend was "comfortable." After competing in only tournaments with a large number of players, the intimate setting and the relaxed environment is a truly welcome change. Though during the games, there is a strong sense of competition, between rounds, players wander into the lounge area, and converse with the player that just crushed them. And this was emphasized by the giant restaurant trip that all the players took last night. 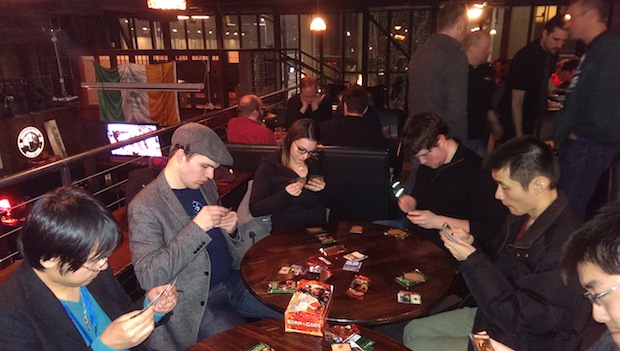 For Colin Miller, it's something as simple as the accommodations. He enjoyed the restaurant, but for him, the best part was the hotel. "This is the best hotel I've ever stayed at for any tournament, ever." Yes, when the tournament is this small, not only is your food and your flight taken care of, but your beds as well.

Along the accommodations line, for many players, it's about the flight itself. When you have 19 different countries represented here, the travel is a big portion of the event. When I talked to the man who made this all happen, Pastimes, Alan Hochman, he emphasized that this is the furthest many people have traveled to play Magic—and much further than many of them could have even dreamt. For example, Tan Gao, with his innovative Azorius Control deck splashing for Kiora, the Crashing Wave , has never been to America before. Ipank Aziz Riphat, an Indonesian National Champion from Jakarta talked about how isolating his region can be, and how thankful he was that he could travel halfway across the world to play in this event. Heck Adelaide, Australia's Oliver Jenner-O'Shea had never seen snow before. So last night at the restaurant, he ran amok, making his first snowballs, and even got all the Canadians in attendance to shake a snow-filled tree while Jenner-O'Shea stood underneath it.

I talked with MTGMadness owner, Fernando Corenstein, who had an interesting variation on the idea. The Ra'anana, Israel resident isn't doing the greatest at the tournament, but the Super Sunday Series Championship means something totally different to him than merely an undefeated record. "I travel a lot, so the hotel and the flight is unimportant, but for me, it's the friends." Corenstein continued, "I mostly play cube; with the business I just don't have time to play often, so this is the tournament for me." For him, this was also an opportunity for a vacation. And unlike other Magic "vacations" where the anxiety kicks back in once the weekend tournament begins, the extremely low stress of the tournament—that "comfort" that Kobayashi was talking about—means the vacation extends throughout the entire week, including the weekend.

"Vacation" is the best way to describe this event for all players, regardless of how high-profile you are. Owen Turtenwald and Reid Duke showed up early to the lounge area just to sling some cards as R&D member Sam Stoddard watched. 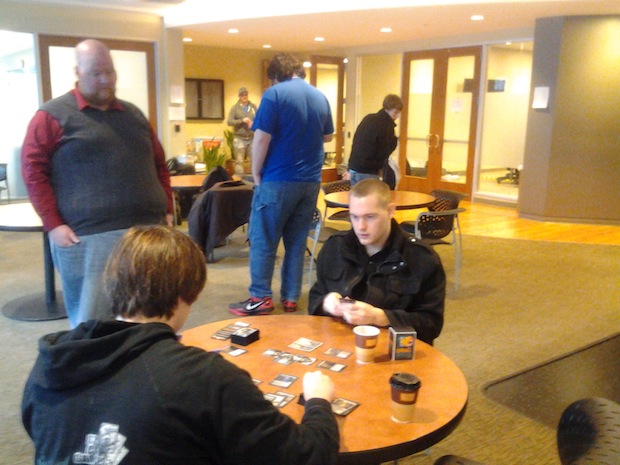 Hochman, to whom everyone here owes their thanks, told me his goal was to make a "buddies weekend." And that extends not just to the players and the Wizards of the Coast members, but even for him and the four national tournament organizers here. When you're used to running thousand-person tournaments, " the things you're concerned with, just don't happen here ... I've been able to interact with everyone in a way I'm just not used to." He continued, that everyone at the restaurant last night (and again tonight) rubbing elbows—competitors, Wizards employees, tournament organizers, even coverage staff (*wink*)—was a big impetuous for the event. It's been a shining success, and the mood at the Magic mecca couldn't be more estatic. 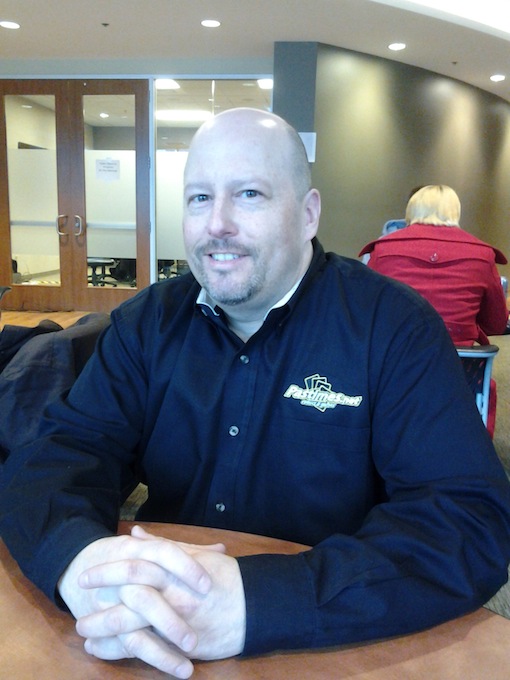 This is the first iteration of Hochman's brainchild, but far from the last. The Super Sunday Series qualifiers for next year have already begun! There are a few people who have already secured themselves a spot for a visit to the Wizards of the Coast head offices for 2015. The weekend to mark on your calendar is January 23–24, 2015.

Have you carpooled to a Grand Prix with some friends, and they all luck-sacked into the second day, while you drew poorly for five rounds in a row? The Super Sunday Series qualifier is your ticket to this whole swanky shindig—free flight, plush hotel accommodations, hanging at the Wizards of the Coast office, playing Commander with the likes of Reid Duke and other top Magic players, all that jazz. Get in on the action now. Then your friends who thought they were so cool scrubbing out in the second day of the Grand Prix will be staring at their computer screens, watching you having the weekend of your life. All this awesomeness and being able to stick it you all your Magic friends? Sign me up!

Posted in Event Coverage on February 9, 2014