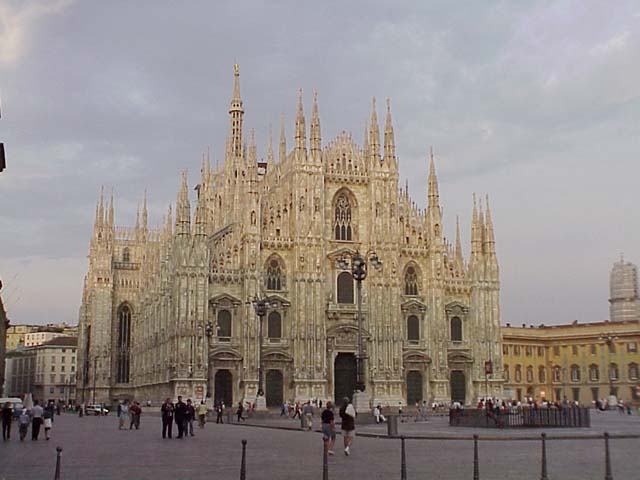 Coming into European Championships, one had to expect that it would be the marquee players who would come out on top. In a continent featuring the likes of Kai Budde, Kamiel Cornelisson and Ryan Fuller, who rank in the top five of this year's Player of the Year race, one had to think that the top Pros in the world would dominate, but a year after Noah Boeken's victory, it was the second tier stars that shone through.

Finishing the Swiss rounds with a four point victory margin, Jens Thoren, a four time Pro with money finishes in Chicago and Barcelona this year, not to mention a second place finish at Grand Prix Prague, dominated the field in the late rounds, starting the tournament by going 6-1 on Friday before going 6-0-1 today, drawing his final match. The tournament marks a huge triumph for the Swede, who is known throughout Scandinavia as Broken Jens in the fact he seems to never lose.

Jens' first match tomorrow comes against the surprise of the tournament, dual citizen Canadian-Swiss Dave Montreuil. A 27-year old trombone player who originally hails from Victoria, British Columbia, Montreuil moved to Switzerland for school and immediately found himself winning a regional championship before winning Swiss Nationals to qualify for Euros. Montreuil piloted his mono red beatdown deck to a 6-1 record yesterday, and should provide Thoren's Probe-Go deck with a solid challenge.

The other player who never had a doubt was England's John Ormerod. Piloting his Orbosition deck to a 6-1 record, JohnO continued his great start, going 3-0 to begin his day. A number of draws and a win or two later and Ormerod had his first European Championship top 8. Ormerod, who made the top 8 back at Pro Tour Mainz and more recently finished second at Grand Prix Manchester, is universally considered England's top Limited player.

The third Quarterfinal pits two old school Scandinavians against one another. Finland's National Champion Tomi "Jelly" Walamies will face two-time Pro Tour top 8 finisher Sturla Bingen in a match to decide who will face the winner of the Ormerod-Nitter match. Walamies won out, taking his last draft to make top 8, while Bingen has long been considered one of the finest Magic minds in the world.

The last quarterfinal sees Germans Wolfgang Eder and Daniel Zink face off against one another. Zink, the 16-year old national champion, won his final draft, defeating Sigurd Eskeland to advance to the top 8, while Eder was the last undefeated player in the tournament, starting with an impressive 9-0 run. This will be Eder's second consecutive Top 8 finish at Euros, where the former German team member seems to excel.

After the Arto Hiltunen incident Friday, today was a quiet day, with no disqualifications. Head Judge Gis Hoogendijk and Cyril Grillon ran a tight ship, ensuring that rules were strictly enforced, and their players responded in kind. All in all, a good day, and a great opportunity to create some new stars.