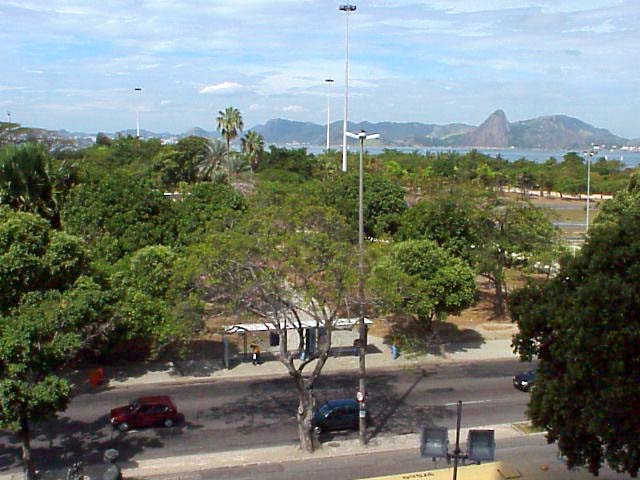 The view in Rio

This morning, 343 hopeful magic players marched into this beautiful hotel conference center and tonight, as in all Grand Prix, only 64 walked out with a smile. Those lucky few will be returning tomorrow for two drafts and six extra rounds.

The standings are headed by Justin Schneider, Damian Brown-Santirso, Rafael Le Saux and Carlos Huarapil, the four players that ended the first day with nothing but wins. They will sit at the top draft table tomorrow, a table that includes American David Williams, and a total of four Brazilian players.

In fact, most of the Pro players made the second day comfortably, especially the Americans. Justin Schneider, David Williams, Alex Shvartsman, Steve O'Mahoney Schwartz and James Stroud all made it to the draft tables with relative ease.

Amongst the home crowd we also had some great stories with players coming to the tournament with no byes and ending up in the top 8 going into second day. Can Luis Guilherme Velucci Turco and Daniel Brasil do Carmo continue their dream run tomorrow?

it was a day filled with mana screw matches and bad luck but also with amazing plays, great fun and that special good humor that Brazilians seem to spread wherever they go. I'm sure a lot of the local players left with a lot of stories about the pros they saw and all the matches they played. A story that is likely to become a urban legend around here is the one about the player that registered his entire card pool as the deck and so had to start every round with all the 105 cards! Now that was a strange sight!

Ron Spencer spent the whole day signing Skizziks, Routs, Yawgmoth's Wills, Hammers of Bogardan, Rath's Edges and Lightning Dragons but he will be back tomorrow for a few more scribbles. Many players that failed to make day two will also be back since they can still play tomorrow's PTQ, an extra chance to earn an invitation to Barcelona.

The greatest challenge to everyone that made it Day 2 might simply be finding the inner strength to rest tonight, in such a beautiful and exciting city. Don't forget to return tomorrow for more exciting coverage from Sideboard Online.