The first day of Grand Prix Porto turned out to be a very long day. Most of the players came to the site at eight in the morning, only to find an enormous line of people standing outside the site waiting to register. Grand Prix events are amazingly popular in Portugal!

Mike Pustilnik was very happy about his sealed deck. The Grand Prix Memphis Champion was jetlagged, but he got a really broken deck with Volcanic Winds, Two-Headed Dragon and Flowstone Slide in addition to a very solid creature base. So the American took his green and red deck to a perfect 7-0 record.

"My deck was so good that I almost couldn't lose. I played poorly in one of the matches, but my deck wouldn't let me lose," he laughs. He is not too confident before the Rochester draft, though, partly because he hasn't done too well in playtesting, and partly because he has to operate on very little sleep.

"I am not the one I would bet on, but I'll do my best to repeat my performance from Memphis," Mike laughs. But he hasn't counted on doing that well. The last train from Porto to Lisbon leaves at five past eight Sunday evening, and in order to catch his flight from Lisbon, he'd better be on it. Unless he makes top 8. Then he'll definitely miss it. "So I've really no good plan for getting home," he admits.

In addition to Mike Pustilnik, three other competitors had perfect 7-0 records going into day two. 2000 European Champion Noah Boeken ended up on top of the standings on tiebreakers; Antoine Ruel (of team Black Ops fame) from France came in third and Edward Fear from the United States came in fourth. 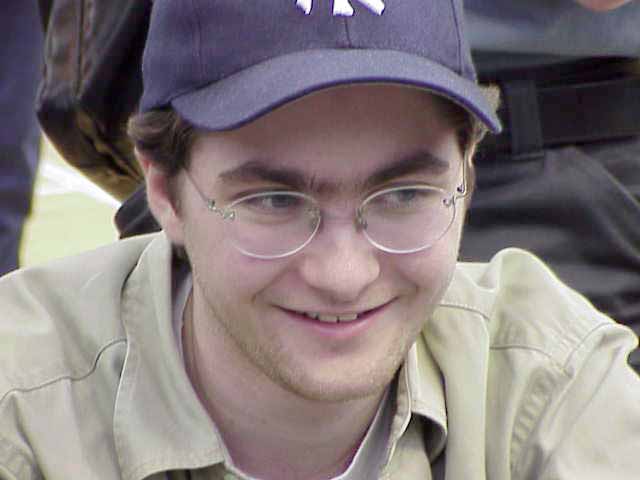 Some of the stronger players didn't make the cut though. Mattias Kettil and Kai Budde came in at 74th and 75th, Dominik Hothow came in at 128th, and apart from two English players new to the international tournament scene, none of the well-known British players made the cut. The British didn't do particularly well at Worlds either, and they seem to be in a slump. "We suck," Tony Dobson says. "We just don't," Ben Ronaldson argues. "Speak for yourself. This was just a tournament where I lost two matches."