Global conventional wisdom is that the nation of China, with over one billion people, is poised to assume the role of hegemonic power in the 21st century. As goes the world, so goes Magic and when the Chinese national team came out of nowhere to take the title of 2009 Team World Champions, the Magic press took note. Who were these rogue players defeating powerhouse nations like the United States, Japan, the Netherlands, and France?

Unlike other nations, China officially recognizes Magic as a "mind sport," and the players who won the team title in 2009 received press attention and ads expounding upon their success. Since that time the players from the team have been seen traveling the globe to attend each Pro Tour this season, and Zhiyang Zhang managed to nab a Top 8 berth at a Grand Prix earlier in the year. So what are the hopes for the players on this year's team, the defending champions? I sat down to chat with them to talk about Magic in this emerging nation and about what the team's chances were at defending their title.

The 2010 China national team consists of: 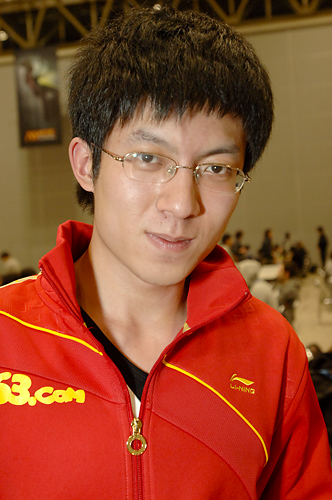 While not the national champion, Zhang holds a special honor on the team for having also been a part of the title-winning team in 2009. The 21-year-old student resides in Beijing and is the most professionally accomplished of his teammates with two Grand Prix Top 8 finishes alongside his Worlds title. Selected to be their Extended player, the laid back Zhang jokes he is the laziest of his teammates, the type of player who would rather daze off with a draft on Magic Online rather than focus on the testing at hand (though historically speaking, that is an approach that has worked very well for American and European pros). 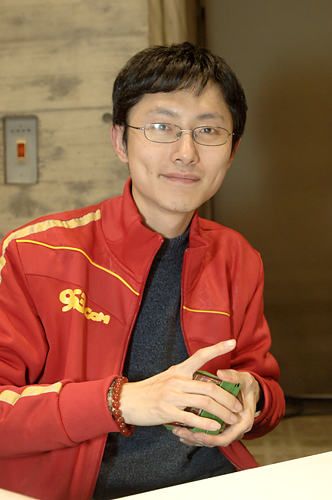 The 22 year old national champion, Lu resides in Nanjing where he is a student. The 2009 team struggled with the Legacy portion of their team in Rome as none of the players had had much experience with that format at the time. This year they handed the responsibility to Lu, and doing so seems to have been a good decision. After all, he has a few years of experience playing Legacy, unlike last year where the team had to send a teammate to battle with little experience with the format at all, and his experience allowed him to win both of his matches on Thursday, the first day of team competition. 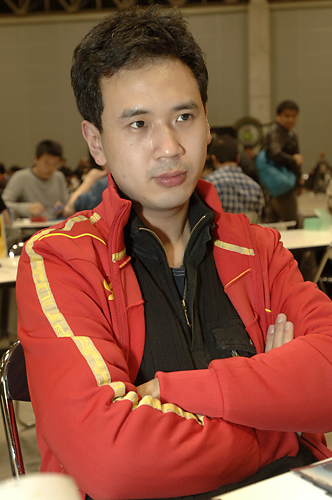 The oldest member of the team at 29, Qiang Lei is a technical engineer from Tianjin. His role on the team is not just that of the Standard player, but in our interview it became clear he helped guide the rambunctious energy of teammate Zhiyang Zhang into constructive efforts. Like the more excitable Zhang, Lei also made the Top 8 at the 2009 China National Championships, though he failed to advance to the competitive team. One can only imagine his desire to perform burns even brighter after missing the chance to share in the glory of a Worlds title one year ago.

Bill: First, can you tell me how long you've been playing and what got you started?

Zhang Zhiyang: I've been playing for five years. I started playing with classmates in card stores and then started getting in to bigger tournaments, then Nationals, working on qualifying for the Pro Tour, and finally earning acceptable records. After I made the Top 8 of Nationals, I Top 8ed a Grand Prix and began wanting to play Pro Tours.

Lu Chao: Nine years. I started reading about the game in magazine ads and started playing with classmates in elementary school.

Bill: What's the deal with the matching Team China jackets everyone is wearing? Is that a show of national pride, a sponsorship deal, or something else entirely?

Zhang: It's more about the distributor sponsoring us than national pride.

Bill: So you're returning champions this year. How much preparation have you put in to defending the title for China?

[All three laugh nervously, looking towards one another.]

Zhang: We basically tested until 2 a.m. last night! [The day before the tournament began.]

Lu: I've been playing Legacy for about 2-3 years, mostly using the tier 1 decks. So I feel like I already know the format and feel confident for this weekend.

Zhang: My Extended deck is an updated list following the results from Pro Tour-Amsterdam.

Bill: As the defending champions, do you feel additional pressure to defend the title and return as victors again this year?

Bill: How much support do you feel you've received from your fellow Chinese players for Worlds? Do you feel they're rooting for you specifically to do well here, or are they not focused on the team's results specifically?

Lei: We have much support from other players.

Lu: Yeah, like they lent us many of the cards for our decks.

Lei: They helped us to playtest and build our decks too.

Bill: Much has been made of the cycles of "power" on the Pro Tour. The Americans dominated for a time, then Europe dominated, then Japan, and now America is taking over once more. Do you feel China will be the next step in that path?

Lei: Players in China are getting better...

Bill: Do you have a prediction for if or when China will be #1?

Lu: The problem with Magic in China is the pricing of the game. The cost of living is lower in China, so the cards are comparatively more expensive. The price of a booster pack caps the popularity of the game for now.

Bill: What is your projection for the future if that somehow changed?

Lu: The game will certainly get more popular, faster. It can't cheapen too much or it will lose its appeal though. The problem nowadays is that pricing makes it harder for people to be motivated, which prevents people from putting in serious time to make the effort on the Pro Tour.

Bill: Zhang, you're a defending member of last year's team. Do you feel a special role or responsibility as a leader on this year's team?

Zhang: No. [Laughing] I'm a slacker, so it's harder for me to be a mentor. I like to follow others.

Bill: What impact, if any, has being on the Chinese National Team had on your fame as a player back at home?

Lu: It's had a little bit of an impact.

Lei: Not much of an impact for me.

Bill: Now that we've played through a day of competition, what are your expectations for the weekend, individually and as a team?

Zhang: Hold on, I need to check the payouts.

Lei: [Laughing at Zhang] I'd like to finish in the Top 12 for teams. As an individual? Personally I'd be happy with a Top 32.

Bill: What has your trip to Japan been like so far? Have you enjoyed it?

Lu: It's been pretty tiring; we haven't had a lot of sleep. We had to do playtesting and deck building right away.

Lei: Very exciting. It's my first time coming to a large event. It's a chance to meet and practice with good players. I've met more pros and taken pictures with them. Guillaume Wafo-Tapa is my favorite pro by far. He plays blue and he plays it very well.

Zhang: It feels good. My favorite pro is Brad Nelson, and I got to see him this weekend.

Lu: My favorite pro is Luis Scott-Vargas, who is also here!

Special thanks to Edwin Zhang for translating.