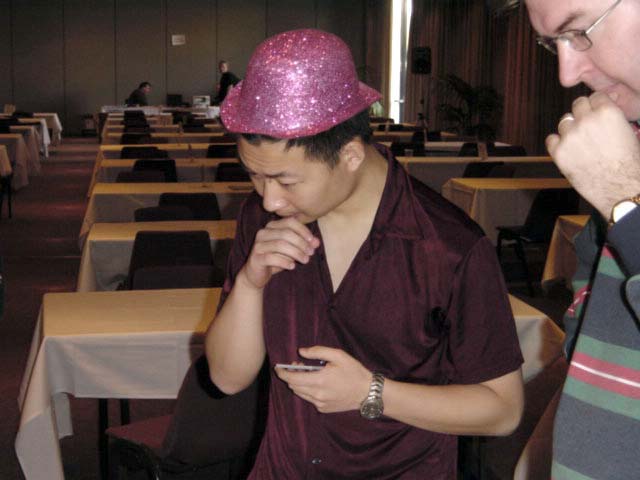 Ben Seck was seated in 2nd place for the first draft on day 1 of the 2001 Australian National Championships. Ben ended up with a solid Black/Blue deck that he was very pleased with. As usual Ben is never short on comments on how the draft went, and this time was no different. "Late in the second Invasion pack a Void went to the player to my right. Even though it was late in the draft it influenced the Planeshift packs. He started drafting more Black to go with the Void so that hurt a bit, but my deck is still strong".

Up to that point Ben had been drafting some solid Blue creatures and Black take down, working well with the players to his right and left. A first pick Crypt Angel from his first Invasion pack also helped to make a statement to the other drafters. "I picked the Angel and Peter Pohlman to my left took a Shackles. We worked well together from there, even though we were both drafting blue. Pete focused on White so a lot of the better Blue cards went to me".

"Earlier on I wanted white as an option, which may have caused me to make a mistake taking an Ordered Migration. I probably should have picked the Tidal Visionary", Ben explained. Black was really good throughout the draft however, with multiple copies of Reckless Spite and Annihilate. "What was really amazing was the Sleepers Robe that went all the way back to me as a second last pick. That was crazy". 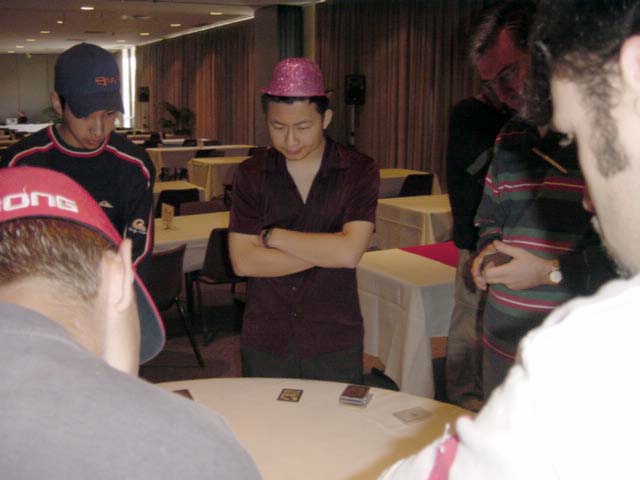 While Invasion was solid for most players, the Planeshift boosters turned out comparatively weak. Ben was forced to take a Slay for his sideboard when he opened up his booster. Ben had this to say about the Slay pick. "Slay is an awesome sideboard card, but it's unfortunate that that was my best option for a first pick." To rub salt into the wound, in the next Planeshift pack opened by Pohlman, a Waterspout Elemental was among at least 4 solid Blue picks available.

Ben was asked whom he thinks will win his table and had this to say: "I'm fairly confident I can 3-0 this table. Andrew Varga drafting opposite me was probably the biggest threat in terms of player skill, but he was totally screwed over by the drafters on his left and right, so he's already taken care of. Overall I believe my deck has a good balance of creatures and removal - maybe too many spells. I'll just have to see how it turns out".