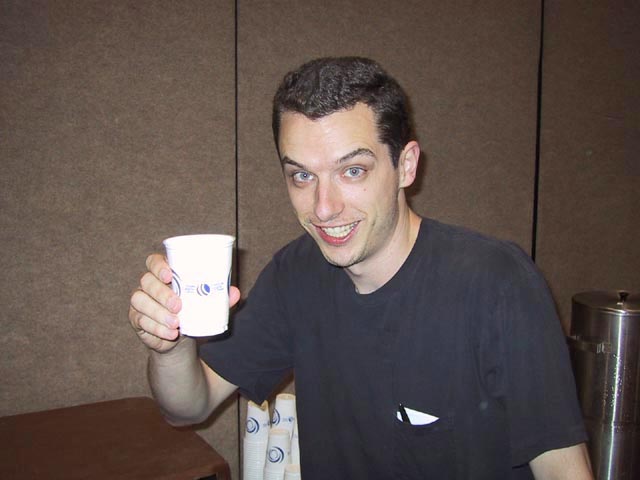 Gab Tsang and Terry Tsang joined Jeff Cunningham and Matt Vienneau's table to make it one of the hardest tables of the tournament. Matt Vienneau's draft skills had brought him to two Grand Prix Championships. Jeff Cunningham was looking to retry for his shot at the Canadian National Team - his close call Top 8 performance in 1999 was one of his highest tournament finishes for the young player otherwise known for his performance at the Junior Super Series and a single Top 32 at Pro Tour.

Jeff started into his colors immediately with the first pack. A phenomenal wheel of Undermine and Ravenous Rat was followed up in subsequent packs by a pair of Vodalian Zombies, an Agonizing Demise and a Repulse. While he faced a little bit of competition in colors from Canadian Open qualifier Sean McClean for the blue, the blue was deep enough that he was able to pick up good cards for his colors in the meantime.

Matt started out with a Tribal Flames and a Zap, and took an Armadillo Cloak over a Pouncing Kavu to solidify his grasp on Green/Red/White from the get-go. When neighbor Sean took the Pouncing Kavu, Matt glared his dislike of the pick to Sean. Following up Matt's strong early declaration for red, Sean's pick of the Kavu was likely to set him in a position where the choice red cards would be taken, but if he kept up the red picks into Planeshift, Matt could expect slightly less quality choices, though in the end Sean would be the most likely worse for wear. A single Shivan Emissary signaled a potential approach to black. 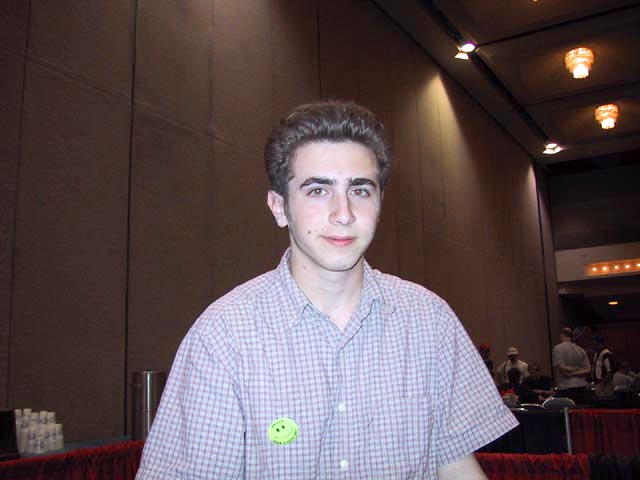 Matt continued with his color choices into the next pack, first picking a Stone Kavu on his own pack to greatly signal his color combination, and picking up a Strafe as well. It was the fourth pack that was most interesting. Terry Tsang opened an incredibly strong pack, and as the picks came around the table, Samite Pilgrim came to Matt as an eighth pick. Another Pilgrim and a pair of Sunscape Battlemage rounded out his Planeshift picks, again geared mostly to Red/Green/White.

Jeff continued from Black/Blue towards their enemy color Green with an early Root Greevil pick. While the remainder of his picks included a few Bog Downs and the like, Amphibious Kavu and a second Greevil marked his entrance to Green. This presence continued into Apocalypse with Savage Gorilla, Penumbra Bobcat, Jungle Barrier, and Llanowar Dead joining primarily Black picks like Urborg Uprising and Dead Ringers.

Matt, meanwhile, leaned mostly towards Red/White picks. It was the Legends that really added to his deck, with two Gerrard Capashen being picked towards the middle of the packs, one as a first pick, and the other as a second pick. Captain's Maneuver and Squee's Embrace rounded out his Red/White picks, and a Helionaut served as a fixer. At the end of the draft, his deck had migrated away from green into a lightly splashed Red/White deck.