Mark Le Pine took first pick, first pack Tribal Flames, announcing his intention to play red rather loudly by passing up Goham Djinn, Duskwalker, and Utopia Tree among others. The Tree fell all the way to Linde, 7th, while Vienneau send some clear signals of his own by drafting Metathran Zombie and Phyrexian Battleflies. When Vienneau followed up with 7th pick Opt in the next pack, everyone at the table assumed he was black/blue. Linde did take a Phyrexian Reaper, but then settled into green/white, especially since Blackwell (on his right) was also black. By pack 3 all three seemed to have settled into their colors. Linde took Llanowar Knight, Vienneau took Ravenous Rats, and Le Pine took the red guildmage. In pack 4 Linde took an Explosive Growth, passing Urborg Emissary to Vienneau. 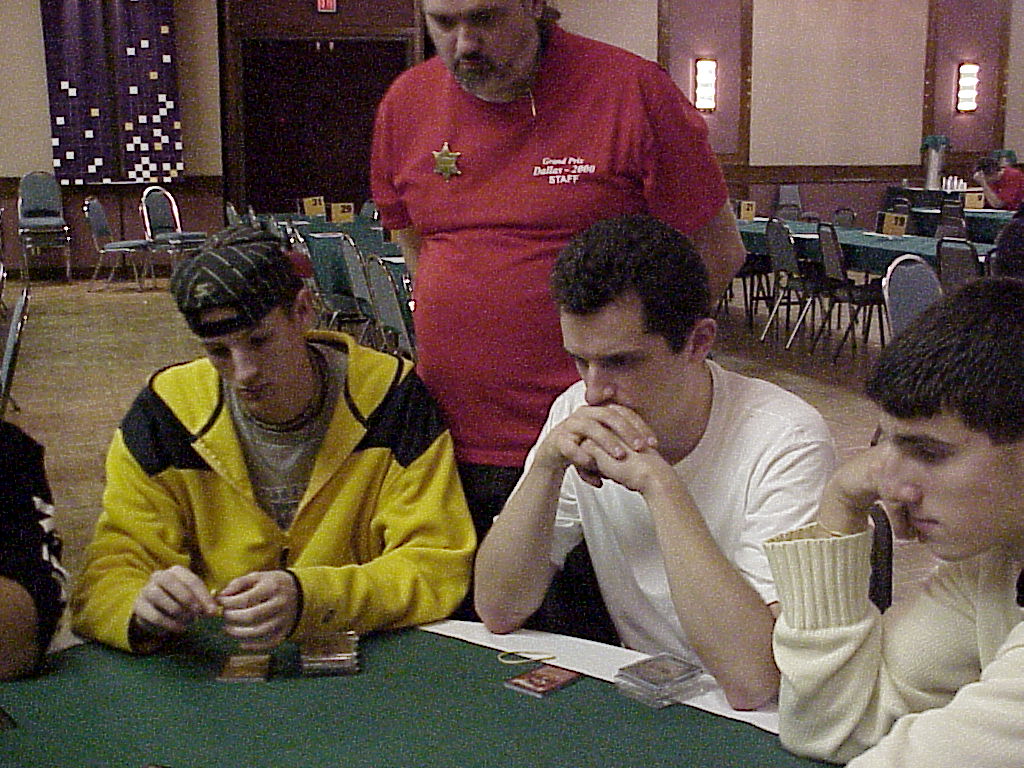 Then all hell broke loose.

Faced with a choice between Recoil (a good black/blue card) and Reckless Assault (a good black/red card), Vienneau took the Assault! Le Pine settled for Lightning Dart and had to wonder what on earth Vienneau was up too. Afterwards Vienneau explained that he really really likes Reckless Assault. Even Vienneau, though, had to admit that his own move really hurt Mark Le Pine. Linde opened the next pack and decided to draft Serpentine Kavu overall Ghitu Fire. Most observers were surprised at this - sure Linde wasn't red yet, but it was only pack 7 and he was playing green so he could easily play green/white plus a Fireball. There hasn't been a format yet where it wasn't worth splashing for an X-spell. In any case, Vienneau sure wasn't complaining. Now he was into red for sure. When Vienneau opened his own pack, he took Breath of Darigaaz (over Plague Spores and Agonizing Demise). Le Pine slammed the Demise and took it mostly out of spite, visibly upset at what Vienneau had done to him.

Vienneau must be living right because he then opened a Shivan Emissary. Vienneau has been around seemingly forever, but he hasn't put up a truly impressive result since Pro Tour Atlanta, way back in 1996, when he made the Top 8 of the only sealed deck Pro Tour ever. Matt's resume may look a little better after this weekend as Vienneau is 10-0 and drafted an amazingly good black/red deck.

Halfway through the draft all Vienneau had was amazing removal, but as the draft progressed he put together quite a fine creature base as well. He was even helped out by Mark Le Pine. Le Pine's reaction to the savage beating that was delivered by Vienneau was to start drafting Maniacal Rage dot deck. Le Pine second picked a Maniacal Rage over Halam Djinn, handing the Djinn straight to Vienneau. Le Pine then took Kavu Aggressor over Agonizing Demise! Le Pine decided that his draft was going so badly that he had to try drafting a mono-red weenie beatdown deck. Yes, mono-red. In his next pack he took Firebrand Ranger over Shivan Emissary. So while he could have had two Demises and an Emissary in his red-touch-black deck, instead he has mono-red. Le Pine spent most of the end of the drafted counter-drafting the creatures that could destroy him: Crimson Acolyte and Galina's Knight. 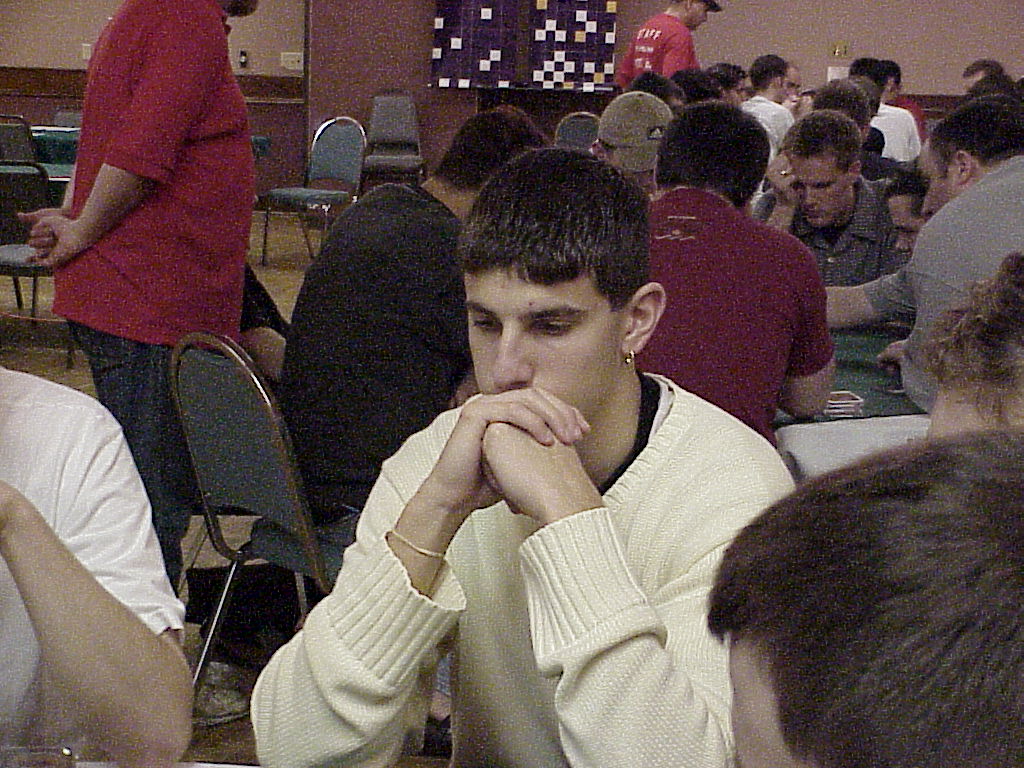 When Le Pine sat down to build his deck he counted up 25 red cards. So he just added 15 Mountains and shuffled it up! On the one hand I have to tip my cap to Le Pine for coming up with an innovative strategy and then sticking to it. His deck is certainly original - including 3 Maniacal Rages and 2 Stuns - and I watched Trevor Blackwell 3-0 the last draft with red/green 2-mana 2-power beats. However, Le Pine had to play Searing Rays and his Tribal Flames and Apprentice aren't exactly good in a 1-color deck. And he's playing 4 copies of Turf Wound!

All in all it was a really interesting draft. Vienneau switched colors savagely and got paid off. Trevor Blackwell drafted brilliantly (read Dave Price's article). Pete Leiher viciously stole multiple cards from Dave Humpherys. Chris Benafel even managed to draft a 7th pick Fires of Yavimaya because he was the only red/green mage. I, for one, came here this weekend because I wanted to see what madness would happen once the pros started Rochester drafting with Invasion. I was not disappointed.