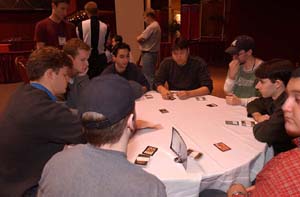 Table 8 was certainly one of the tougher 4-2-1 tables, featuring Pro Tour winner Bob Maher, a two-time Masters winner and PT finalist in Ben Rubin, and several others with extensive Pro Tour experience.

Pack 4 solidified Crosby and Chiumento in White with a first-pick Shelter and a third-pick Aven Archer, respectively. Bob Maher took Liquid Fire, giving him at least one card in every color after just seven picks.

Pack 5 saw De Rosa make the unconventional choice of Ember Beast over Chainflinger with his first pick. The Chainflinger made it to Maher, who took it fourth and settled firmly into Red/White. Chiumento got the table's biggest bomb, Cabal Patriarch, with the second pick. Ben Rubin took Seton's Desire with no good white in the pack and tended toward Green as his second color. Ranks took Dusk Imp 10th with an eye toward Black to go with his Red.

Pack 7 featured a surprise: Ben Rubin chose Mystic Zealot over Wild Mongrel with the first pick. This was almost certainly a mistake as both Chiumento on his right and Maher on his left had established themselves as White, and it would make him the fourth White drafter at the table. Meanwhile, there were only two other Green drafters until then (De Rosa and Levy). Levy was all too happy to scoop up the Mongrel 3rd.

Bob Maher was the lucky recipient of the table's second huge bomb, the Shower of Coals he opened. Levy, with the second pick, chose Ghastly Demise (over Werebear) and began drafting Black cards instead of Red in light of Maher drafting Red to his right. Ranks got a 4th pick Repentant Vampire and was well on his way to drafting a solid, removal-heavy Red/Black deck.

Pack 10 held a Resilient Wanderer for Rubin. However, he once again pulled a surprise and chose Rabid Elephant - an excellent decision as he encountered no competition for Green from his immediate left or right. Levy took Zombie Infestation rather than Acceptable Losses, solidifying himself in Black instead of Red.

2 Innocent Blood 1 Chatter of the Squirrel