Alex Shvartsman finished the day one sealed portion of Grand Prix-Sapporo in 8th place. This placed him on table one for the first draft of day two. 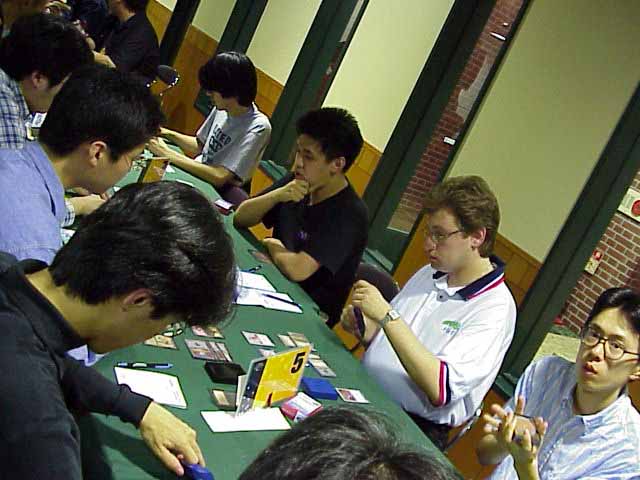 Alex settled on Black and Green, with two Haunted Crossroads being his most outstanding early picks. He backed up the Crossroads with a variety of large green creatures including two Snorting Gahrs and a Hunted Wumpus. Alex started looking for some spot removal, but only managed to draft a Seal of Removal. Alex commented on his inability to draft black removal: "Japanese players seem to draft spot removal whenever they can, regardless of the color. In a US Grand Prix draft I probably would have a Snuff Out or Vendetta to go with my Seal."

At one point in the draft Alex opened up a Troubled Healer in a pack he had first pick from. Alex didn't hesitate to make the counter-draft. Here's what he had to say about the decision: "I will take a Troubled Healer in any draft no matter what colors I am drafting. It's definitely the strongest card in this format. I also have plains in the sideboard for splashing the Healer and a Seal of Cleansing".
Alex also commented about the strength of his deck: "My deck is solid, but it's definitely not broken. I could go 3-0 with it, but most likely I will be at 2-1 after the first three draft rounds. I am only playing with 14 creatures, but they are all tremendous creatures. The mana curve is also good mainly due to my choices of Snorting Gahr over Silverglade Elemental. I knew that later on I would probably pick up some Thresher Beasts for the five-mana slot. The two Haunted Crossroads should also help with the lack of creatures" 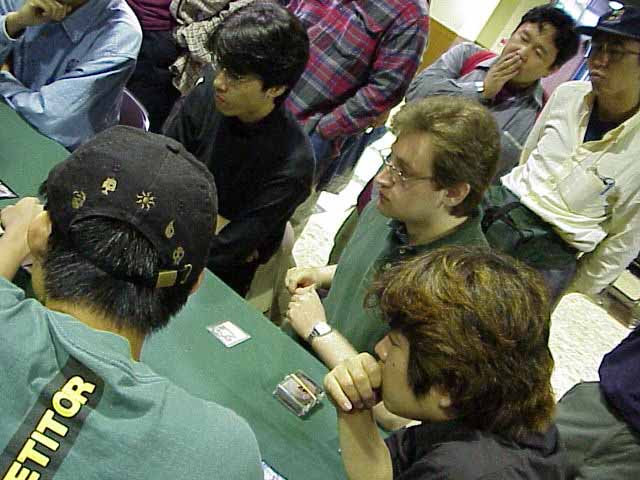 The draft was fairly relaxed, with no warnings given out for any players. Alex pointed out some characteristics of a Japanese Rochester Draft: "It's not a good idea to draft other player's colors early in the draft, as you tend to make enemies. If everyone works together then each player can concentrate on drafting their own deck rather then hate-drafting each other. Overall, most of the players made the right picks in each situation, making for a good draft".