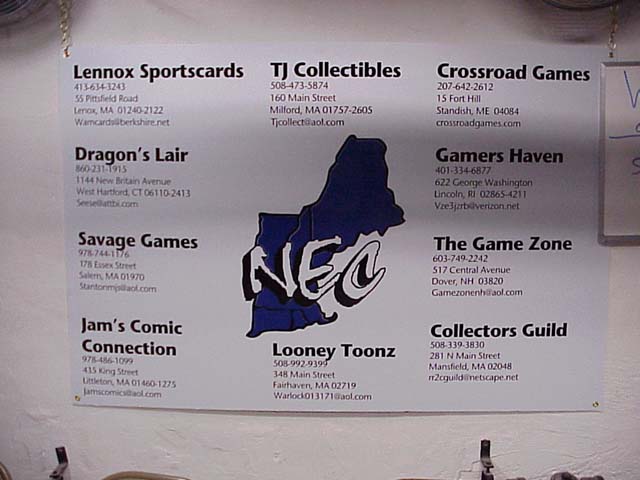 Over the last several months, ten stores across several states in the Northeast held qualifiers for the second annual New England Challenge event. Fifty-two qualified players from across New England spent a day at TJ Collectibles in Milford, MA to compete for over $2500 in prizes. The tournament featured six rounds of Swiss play, with all but one player at a 4-1-1 record or better advancing to the Top 8.

The greatest disappointment of the tournament was the fact that the two best-known qualified players did not attend. Last year's winner Tom Guevin did not want to risk his rating, which should be currently high enough to qualify him for World Championships. Brian Lynch simply overslept, arriving at the tournament site sometime during the first round. But this event was never about the top-level pros. It was about earning some recognition for the many game stores in the region, which are the kind of places that support, and are ultimately responsible for, the success of Magic.

With players of various skill levels qualified for the event, the metagame was very diverse. Some of the most common decks were, of course, the decks winning the major tournaments – Psychatog, Trenches, and Opposition. It was the Psychatog decks that ruled supreme though – six of the Top 8 competitors sported this archetype, and all four of the semifinalists played 'Tog, eliminating r-g beatdown and monoblack control in the round of 8. 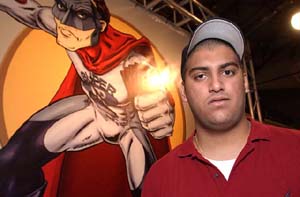 What's next for the NEC? Tournament organizer Tom Shea will be looking to take the event nationwide, or at least extend it into the Northeast rather than New England challenge, to include stores from New York, New Jersey, Pennsylvania and other nearby states. If you are a storeowner interested in participating next year, you can contact Tom at 508-473-5874, or by email at tjcollect@aol.com.