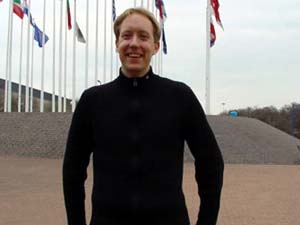 Mattias Jorstedt needs little introduction. The Swede went on the rampage last year with a couple of Pro Tour top 8's culminating in a win in Yokohama. He lives in Göteborg and is working part time. He is thinking of trying to draft green because it is not popular at the moment and he might be able to take advantage of it being underdrafted. 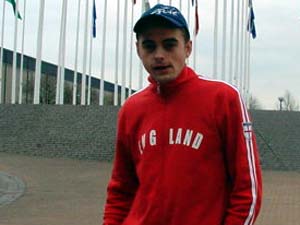 David Grant is a 25-year-old working in Accountancy. He made the English National Team back in 2002. His perfomance this weekend is very good considering he only had one bye. He has previously played in 6 Pro Tours but like most English players has found it difficult to make headway. If given the choice he normally likes to force Black-White. 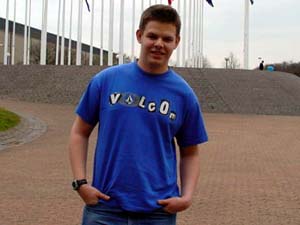 Despite his tender age of 18 years Jedlicka already has one Grand Prix title under his belt after winning GP Prague last year. Since then he played World's and Euro's but didn't find much success. His draft strategy is to try and get blue-white but he doesn't mind forcing green if he thinks it's underdrafted. 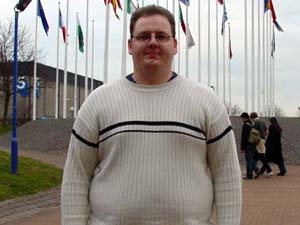 Rene Kraft went on a rampage this tournament, not even dropping a point through the entirety of the Swiss section. The 23 year old German student lives in Mainz. He has two Grand Prix top 8's - one individual, one in team - before this. He keeps draft options open although he won't touch green at all. 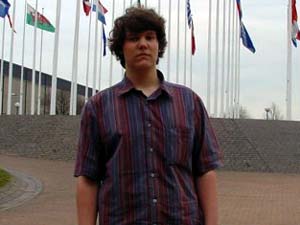 Niki Jedlicka is Stefan's younger brother. They both live in Vienna, Austria. This is Niki's best finish and he says he thinks MODO has really improved his game. In draft he tries to draft blue if he can. 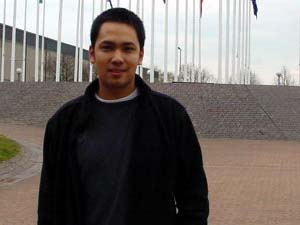 Kamman Janpiam is a Dutchman who used to play mostly in Germany. The last two years he has been working as a Credit Controller in London. This is a breakout performance and coming after a top 32 finish in Madrid last month it could be seen as a pointer to more success. 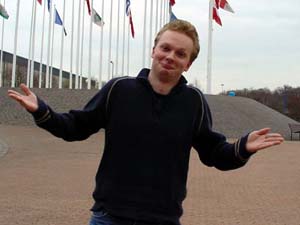 Dutchman Frank Karsten is another of the more recognised names in the Top 8. The Dutch had a pretty bad tournament with only Karsten surviving the cut to day two. He might be all they need though as Karsten has a few GP top 8's and a lot more solid money finishes on the Pro Tour.
Last time I spoke to the Dutch they had a disdain for Equipment and I asked him if this was still the case. He said they still avoid equipment but sometimes one or two of the more powerful equipment in the deck is acceptable. Three or more is probably too much. 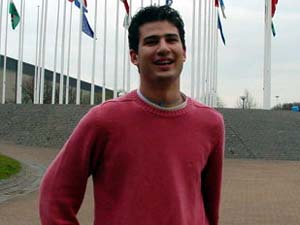 Jose Barbero is a former Argentinean now living in Paris. He thinks of himself more as Frenchman now and intends to play the French nationals even though they might be tougher. He is another of the more recognisable pros with a Top 8 finish in Yokohama, a Team GP title at Amsterdam last year and multiple other GP top 8's.
He likes Affinity in draft and will try and draft that if he can. Like a lot of Pro he also dislikes green at the moment and won't go near it at all if he can.