Lino Burgold has made quite a debut on the premier event circuit this year, with 1st at GP–Hanover and 3rd at GP–Paris, the largest Grand Prix of all time. Above those already impressive accomplishments, however, was his performance at Worlds. Burgold had a respectable 146th place finish, garnering 3 pro points, and his spot on the German National Team gave him an additional 3 pro points with their 6th place overall standing.

This put him at 32 pro points—exactly 1 point in the lead over his closest adversary, Akimasa Yamamoto, who finished 188th individual for 31 total points over the year.

“But my hope was for Rookie of the Year,” he added with a smile.

Burgold commented on how much he enjoyed the Teams competition at Rome; he even stated that he prefers it to individual play. “Teams are a lot of fun. You’ve got your teammates there cheering you on, there are fun formats.” Burgold’s one point lead over Yamamoto was due to his German National Team participation, and he clearly valued the experience for more than just the pro point benefits.

“Our matches in particular were always really close, and that made it more exciting,” said Burgold.

Burgold’s plans for 2010? “I’m going to keep playing a lot,” he said. “Definitely all the European GPs, and all the Pro Tours.” If his success this year was any indication, Burgold will be a force to reckon with throughout the coming year. 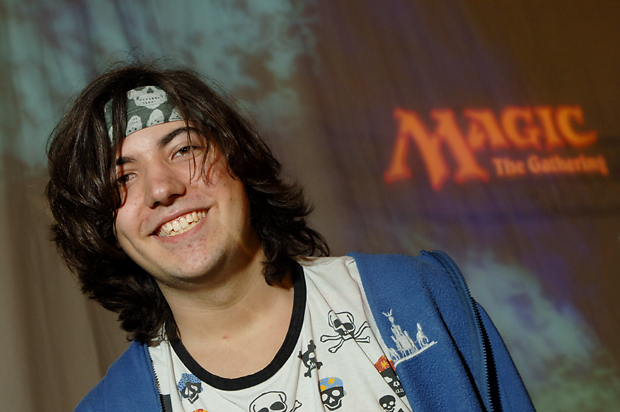