lock Constructed is the only Pro Tour format that doesn't feed on existing information. Unlike Standard, which will always look back at the format as it was before the latest set, or Modern, where one set's impact is relatively small, Block is a self-contained unit that is often explored exclusively on Magic Online. Even then, adding a new set injects a huge unknown into the format.

It's this idea that Block Constructed is exploring the unknown – a brewer's paradise – that led us to see what the players had to say about it.

"I disagree with that statement," said Conley Woods, known brewer and one of the big names of team TCGPlayer. "I think Block is extremely straightforward, with the exception being formats with very good mana and formats with interesting non-linears," referring to non-linear mechanics– that is things not like constellation or heroic – in development speak. "The last really interesting one was Zendikar block – with fetch-lands and good mana you could do anything in the format. If you look at Shards of Alara, block literally every player had Bloodbraid Elf in their deck," Woods explained with some exaggeration for effect. "Scars of Mirrodin was Tempered Steel and Puresteel Paladin – everything was artifact and extremely linear." 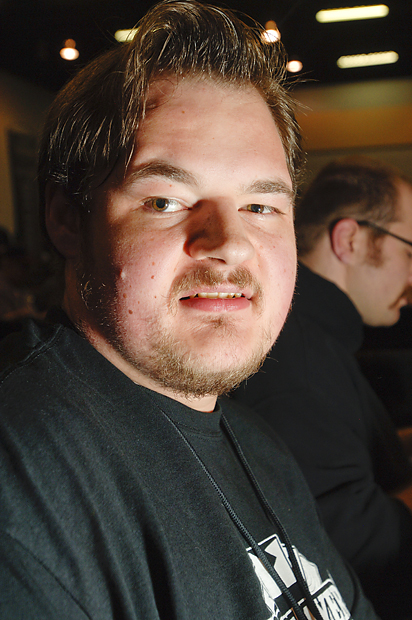 Conley Woods, brewer extraordinaire, feels Block Constructed is less of a brewer's paradise, instead rewarding those who know how to tweak their deck to the correct 75 cards.

So where does Theros block fit into the mix? "In this block there's a couple of those cards – Prophetic Flamespeaker – but you go look at the support cards for it and it's not exciting," said Woods. "We tested a lot of brews that couldn't beat the black deck, or the Naya deck, or the aggro deck – a lot of brews just weren't viable. I'm all about contained brewing – identifying the powerful cards that stand head and shoulders above the rest – and then you can kinda grow out and brew regarding the branches of the tree."

Woods's teammate, Gabe Carlton-Barnes, was also intimately familiar with Block Constructed formats though for a different reason: finding the edges to capitalize on. "I love Block because I'm not a brewer," Carleton-Barnes said. "You can get an overall sense of the format and tune a little bit to win in situations you wouldn't expect. I've Top 8'd six of the seven Block PTQs I've played in, and won three of those. I pick a deck and I figure out when to play the lines that are creative."

Another player renown for finding interesting and powerful deck is No. 5 Ranked Player Sam Black. Does he think Block Constructed is a brewer's format?

"Block is always pretty limited, which can potentially get in the way of that," Black said. "A small card pool means there are things that are put into the Block that you're supposed to be able to do, but there isn't always enough support for it to be competitive – a lot of fringe strategies that are supported but not supported enough. In this block there are a lot of broad, effective answers that make it hard to do cute things. This tournament is interesting since the decks being played online seemed pretty bad. We played a deck we didn't see online but it turned out a lot of other teams came up with the same deck but didn't think anybody else was on it – the worst best-kept secret. We were working on other things but the best cards are the best cards."

What are those best cards? "Silence the Believers is the most oppressive. Prognostic Sphinx, Caryatid, Elspeth, Thoughtseize – not great but potentially makes it hard to do things, and Heroes Downfall too. I had fun preparing though: I got to build a lot of sweet decks and got them to do some nice things, but then it'd lose to the best cards."

Josh Utter-Leyton, No. 13 Ranked Player and one of the many elite players of team ChannelFireball, had a different take when asked about Block being for brewers.

"I think that's true," Utter-Leyton said. "Block is always about brand new, fresh formats. It's really hard to come up with something new in explored formats. Block is great for figuring out something new – it's not about tuning the best decks against each other." 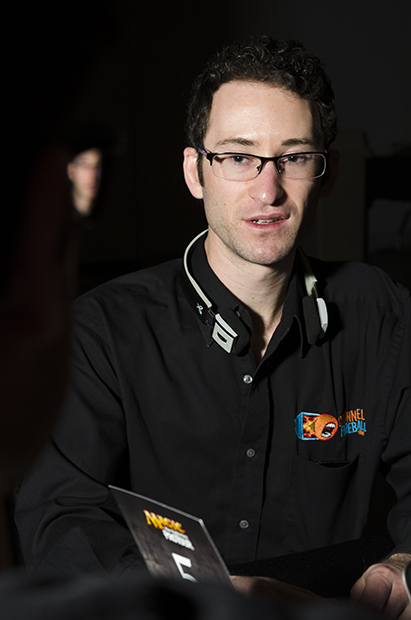 So how did his team handle the vast expanse of the unknown? "Everyone on the team is really good at tuning," said Utter-Leyton. "In the beginning, it's about trying out all the decks and getting a feel for which is the most powerful. If you can figure out the intrinsically most powerful cards you can build a good deck, and you can see that reflected in ours." They, Sam Black and his team, were also playing the worst best-kept secret in BUG Control.

So what are those most powerful cards for Utter-Leyton? "I think the to best cards in this format are Sylvan Caryatid and Courser of Kruphix, and with those Thoughtseize, Ashiok, Nightmare Weaver and Prognostic Sphinx." It's a list that dovetailed neatly with Sam Black's thoughts as well.

So was there anything really interesting at all to do in the format? "One of the more interesting decks are the blue-black inspired with King Macar, the Gold Cursed and Springleaf Drum," Utter-Leyton offered. "It's a cool deck doing a very different thing as a control deck by playing creatures that just takes over the game. I spent a lot of time testing that. We also spent a time playing Enchantress – Eidolon of Blossoms – decks, and Doomwake Giant to go with them. You could Plague Wind by just playing enough enchantments. There were a lot of Kiora, the Crashing Wave emblems defeated in play testing – it's easier than you think to beat. Elspeth just beats it; Silence the Believers too."

Whether the format was really as narrow or open as some claim is something that will be answered by which decks rise to the top as we draw closer to Day Two. Paradise or not, great Magic unfolding is surely a sight to behold.