Over the past several years, core set Limited formats have been getting a lot of play. Players will draft core set Limited with friends, at the local store, on Magic Online, at Pro Tour Qualifiers, at Grand Prix, at Nationals, and even at the Pro Tour.

When core set Limited began gaining a bigger and bigger presence at every stage of the game, there were some skeptics. After all, one of the things that makes Limited so interesting is that you find yourself playing completely different formats from year to year... and if core set Limited formats are basically rehashes of older core sets, won't it just feel like you're drafting the same set you were drafting a year ago?

While core sets do share a lot of cards with one another, each core set format since Magic 2010 has had a very distinct feel to it—to the point where even a completely vanilla card like Goblin Piker can change wildly in value from Magic 2011 to Magic 2012.

Even seemingly subtle differences, like how many good commons and uncommons require multiple colored mana to cast, can have a huge impact on how players draft and play a format.

To get a better understanding of the differences between M11 Limited and M12 Limited, I was able to pick the brains of two of the premier minds in professional Magic: Patrick Chapin and Luis Scott-Vargas. 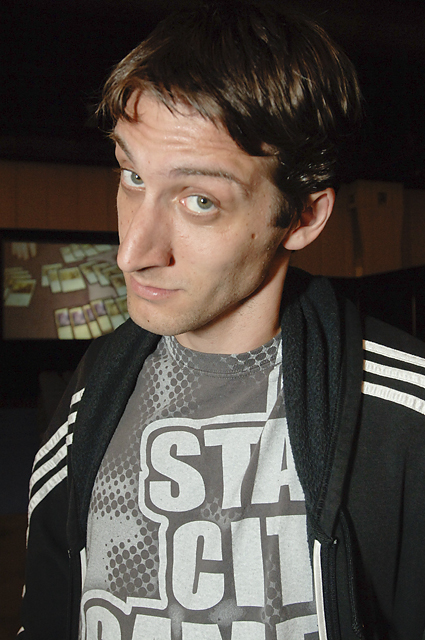 When I asked Chapin to talk about the difference between this year's and last year's core set Limited formats, he answered me so quickly that I thought he had been busy preparing for my question for the past thirty minutes rather than not playing a match at the Pro Tour.

"The biggest difference between M11 Limited and M12 Limited is scry versus bloodthirst. The difference stems not just from the cards that feature the mechanics, like Foresee and Gorehorn Minotaurs, but also from the enablers like Sylvan Ranger and Tormented Soul. "

The ease with which you can draft specific archetypes, even when other players at the table are competing for the cards that you want, defines a format in very significant ways. While players can always win with "bad" colors or archetypes if they are being completely under-drafted, you really want to look at the decks that are consistently winning to get a good sense of what matters in a format.

"You used to be able to put together extremely consistent blue decks, but now it's the beatdown decks that are able to reliably execute their game plans. And because M12 Draft is such a fast format, the bombs matter even less than they did in M11. "

When asked how he though blue changed, Chapin explained that the color now served a very different role than it did in M11.

"Blue has power in very different places now as opposed to a year ago. When I was drafting M11 I wanted creatures with a lot of toughness, and Foresee gave me card advantage, and it helped me dig to my bombs. Now I want creatures with high power-to-toughness ratios, and Frost Breath.

"While we were preparing for this Pro Tour, we liked to say that White-Blue Control isn't as good as it looks, but White-Blue and Green-Blue Beatdown decks are amongst the best decks you can possibly draft."

Before I let Chapin go, I asked him what his thoughts were on Goblin Piker.

"Goblin Piker went from being borderline unplayable in M11 Limited, to a card that you actively want multiple copies of in M12 Limited.

"While Goblin Piker looks like a way worse card than, say, Stampeding Rhino, it's actually miles better. There's no shortage of good expensive cards, so if you want a five-mana 4/4 for your deck, you're going to get it. But you might not get as many 2-power two-drops as you want, so you need to work to make sure that you get them." 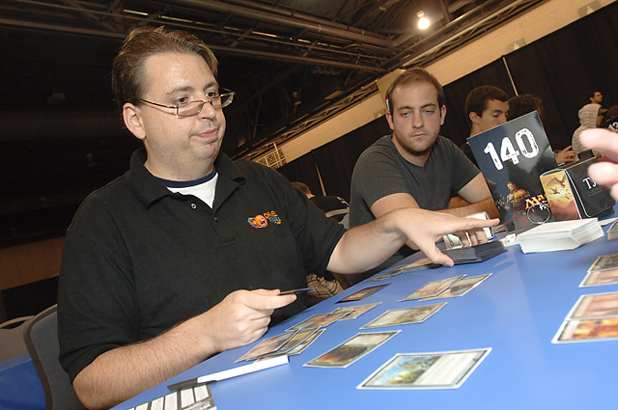 Next up, I asked Luis Scott-Vargas to compare the two formats.

"The biggest difference is that M12 Limited is way more aggressive than M11 was. A lot of the cards in M11 were just better in control decks than they were in beatdown decks, and the opposite is true now."

There weren't enough aggressive cards in M11 for a draft table to support many aggressive decks, but that didn't prevent LSV from succeeding with fast decks in M11.

"I actually liked to draft aggressive decks in M11, but that was because nobody else did—not because it was a naturally strong strategy. Pretty much the only time I'll try to draft a control deck in M12 is if I open up something like a planeswalker, a Rune-Scarred Demon, or a Sphinx of Uthuun that will give me inevitability if the game goes long enough."

The color requirements of top cards make a huge difference for how LSV approaches formats.

"I like to be primarily in one color, with a much smaller support color when I'm drafting M12. Cards like Armored Warhorse, Æther Adept, and Gorehorn Minotaurs really require you to be able to cast them on time. A deck with an 11/6 mana base is going to be much stronger than a deck with a 9/8 mana base in M12, whereas in M11 it just didn't really matter."

When asked how he thought blue changed, LSV explained that he thought that the color had dropped dramatically in value since last year.

"Blue went from being one of the best colors in the format to being pretty much unplayable. Sure, blue can be a fine support color, but it's a bad main color because it lacks depth. You aren't going to get any late Merfolk Looters, Æther Adepts, or Skywinder Drakes, and the rest of the blue commons just aren't great. "

LSV closed out the interview by saying some very nice things about the once-shunned Goblin Piker.

"Goblin Piker was pretty terrible in M11, but Goblin Piker is not only playable in M12, but now you actively want them in your deck. If your deck wants one Goblin Piker, you probably want multiples."

So when you sit down to do a Magic 2013 draft next year, don't assume that you know how the format is going to play out just because you've seen many of the cards that you're going to be drafting with. Will two-mana 2/1s be borderline unplayable like they were in M11, or will they serve a crucial role as they do right now in M12? Will five-mana 3/3 fliers be first-pickable win conditions, or will they be outclassed by the other four- to six-mana spells in the format?

We're going to have to wait till next year to find out!