In a typical draft format, cards that pull you in a direction are often pretty obvious. Open Bonfire of the Damned? Take it. Get passed Captain of the Watch? Chances are white is open. See Sublime Archangel? Don't even hesitate.

But what do you do when every card is good?

That's the problem that our sixteen player field faced as they sat down for the first pro-level Cube Draft in the history of the game. Besides drafting and crafting a deck, they needed to be able to get a read on what archetypes their cards would enable, and they needed to do it soon. 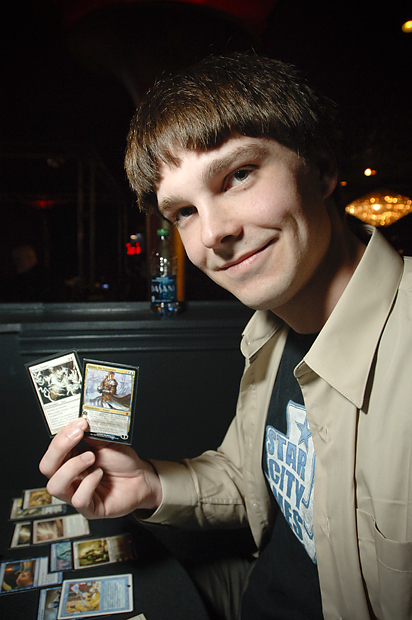 Reid Duke has his eye on a few key cards that will shape his Cube draft.

"If I don't see something I want, then I look for one of the lynchpins, like Armageddon, Skullclamp, or Opposition," said 2011 Magic Online Champion Reid Duke, who prepared for the Players Championship by clearing his schedule during the last week Cube was on Magic Online.

He also listed Upheaval, Living Death, Jace, the Mind Sculptor, and Rofellos, Llanowar Emissary as cards "powerful enough to take you in a direction you wouldn't otherwise go."

Many of the other pros agreed with this sentiment, but often with slight variations on the notion. 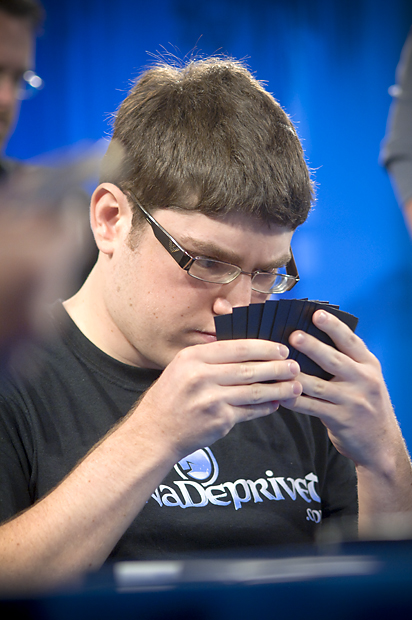 Hayne said it was these cheaper cards that served as signposts for a draft's direction, and to use them as a cue to what the deck should be doing.

"I think it's very important to have a strategy in mind," he said. "It's like mini-Constructed. You're drafting a Constructed deck."

Pro Tour Philadelphia champion Samuele Estratti also said he looked for a few key enablers to put him on the path, such as Armageddon for White aggro decks and Channel or Natural Order for Green ramp decks.

With that in mind, you can take a look at some of the drafts today to see that philosophy in action.

Luis Scott-Vargas, for example, has a very well-known and long-standing love of red decks in Cube, but then said he actually thinks aggressive blue decks are the best in the Cube.

However, when he opened his first pack, he saw a Goblin Guide staring back at him, one of the key cards for the red aggro deck. It wasn't exactly Sulfuric Vortex – a card Scott-Vargas said is virtually unbeatable in the style of red decks he enjoys, but it was certainly a big, neon-level sign pointing him in that direction.

In this case, Red means go. As in, "go ahead and draft Red."

From there, Scott-Vargas committed so thoroughly he never passed another red card for a non-red card. He took Shrine of Burning Rage third and went so far as to draft Teetering Peaks, a card that has virtually no applications anywhere but the mono-red deck, fifth and followed it up with a Tin Street Hooligan sixth. No one will ever say those cards are among the most powerful in Cube, but once Scott-Vargas saw Goblin Guide pointing him in one direction, he stuck with it.

Shouta Yasooka was greeted with an even more obvious signpost in Jace, the Mind Sculptor in his first pack. Considered by almost everyone in the room to be among the best two cards in the Cube, alongside Upheaval, Jace gave Yasooka a large, four-mana incentive to try and take blue cards.

So he did. He took a Looter il-Kor second, also certainly not among the most powerful cards in the Cube, and followed up with Bloodstained Mire. Even though it wasn't blue, having fetchlands allowed Yasooka to shuffle almost at will, supercharging Jace's Brainstorm ability.

And the funny thing is, blue cards were not particularly forthcoming for Yasooka after that. He got a Keiga, the Tide Star and a Tidings fourth and fifth, but wasn't able to pick up a single strong blue card the rest of the pack.

But he stuck by his guns, picking up Forbid, Miscalculation, and Brainstorm at the beginning of pack 2 as well as a Scalding Tarn to let him shuffle even more. Still, few blue cards were coming, but Jace, the Mind Sculptor was just too big a prize to give up.

Shuhei Nakamura also first-picked Jace, the Mind Sculptor, but found the blue cards much more forthcoming. However, he also opened Skullclamp in pack 2, giving another signpost pointing him along the way. That led to him drafting cards such as Werebear, Fyndhorn Elves and, importantly, Trinket Mage eighth in that same pack. Trinket Mage is a darling here because, not only did it search for Skullclamp and wear it nicely, but it also gave the deck another shuffling mechanism for Jace. 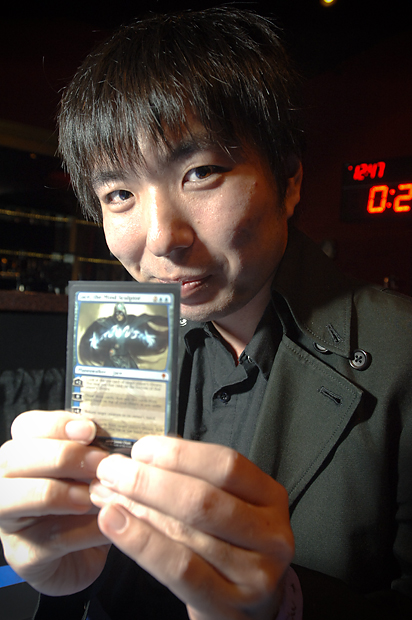 Even with the best cards surrounding it, or perhaps because of it, Jace, the Mind Sculptor is still insane.

Jon Finkel saw signposts aplenty. Opposition and Armageddon gave him a place to start in the first pack, and Karn Liberated as his first pick in pack 2 solidified him into taking mana sources over just about anything. After second picking Palladium Myr after the Karn Liberated, he went on a tear in the middle of the pack, taking Gilded Lotus, Basalt Monolith, and Awakening Zone, the latter of which works well with Opposition, Armageddon AND Karn Liberated. He even took Coldsteel Heart and Pristine Talisman fourth and fifth in pack 3.

This is called synergy. Enjoy.

Of course, it doesn't always work out. Reid Duke put together a solid Esper control deck, but along the way he took a Living Death eight pick in pack 1. It was one of the cards he cited as a lynchpin before the draft even started. However, the cards for the deck simply weren't there, and he never found the support for a Living Death deck he would have needed. In this instance, he saw the signpost and followed it, but ultimately ended up on a different path.

(Believe me, I can take that analogy further.)

Examples of signpost drafting were strewn throughout the draft if you look close enough. Gaea's Cradle led Owen Turtenwald down the path of a creature-based green deck while Skullclamp pushed Iyanaga to consider taking creatures higher than he might have otherwise.