By Doug Beyer and Craig Gibson 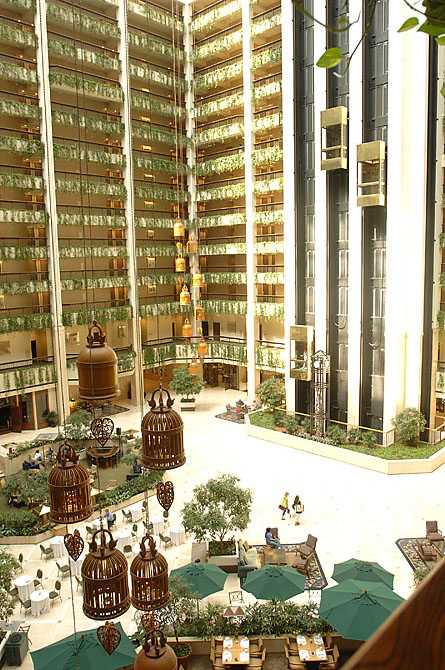 The Renaissance Waverly Hotel attached to the Cobb Center venue. One more step, dear reader (and photographer Craig Gibson), and you'll be splatted all over the floor of the lovely hotel atrium. 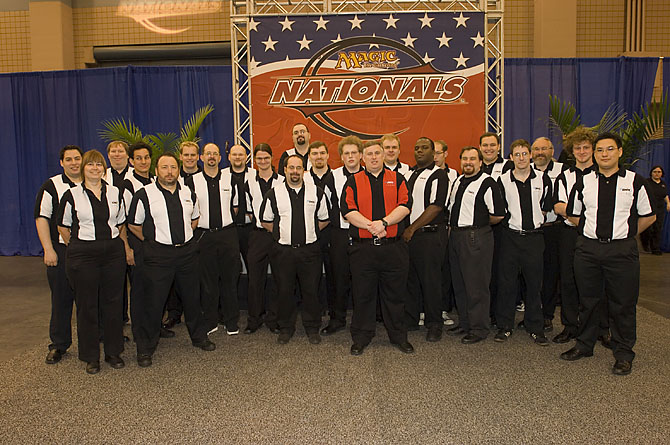 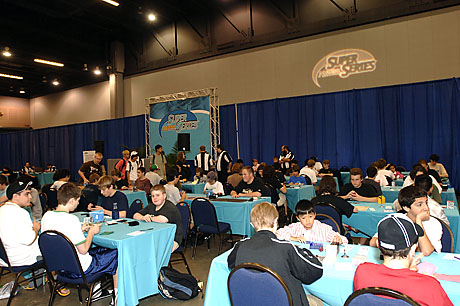 JSS Championship competitors battle it out, having earned invites to Atlanta by ruling the roost at JSS Challenges. Parents rooted for the competitors from the nearby Parents' Lounge, and rooted even more for the $100,000 prize pool of college scholarship money. 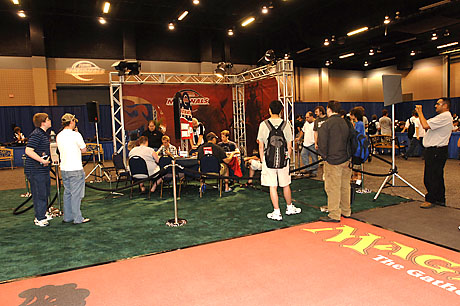 A wide shot of the U.S. Nationals feature match area. Think you're a hotshot Magic pro? How'd you like to test your skills under the lights, the scrutiny of a coverage writer and onlookers like Randy Buehler, the flashbulbs of the cameras and the long, long shadow of fame? 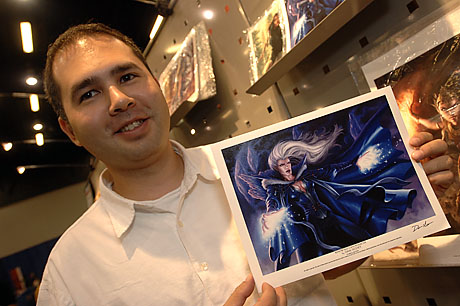 Artist Dan Scott poses with a print of his art from Coldsnap, Rimewind Cryomancer. Clearly some Rimewind sorcery was at work keeping the Cobb Galleria cool in the 90-plus-degree Atlanta heat while more than 160 American hopefuls crashed cardboard on their way to Worlds 2006. 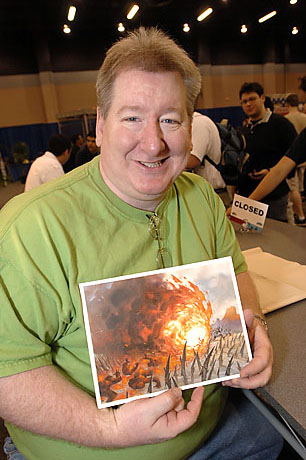 Artist Dave Dorman, sporting Darksteel's Fireball. Take that heat wave outside, mister, or we'll get some Hall of Famer to "Ninth Edition Aladdin's Ring" your head right off. See, because, Aladdin's Ring was also painted by Dave Dorman… keep up. 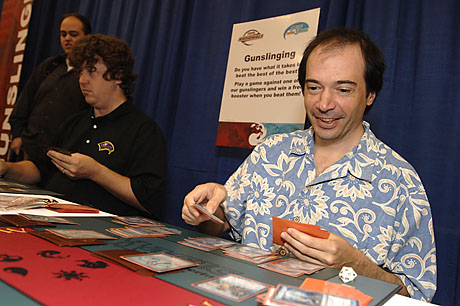 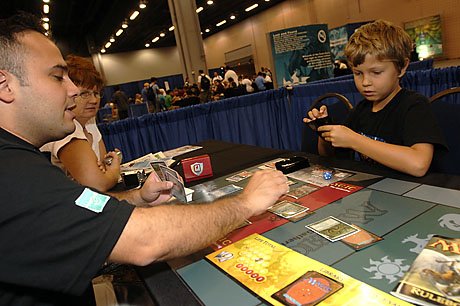 A new gamer in the making. Wizards hosted a Learn to Play area at Magic Weekend so that everyone can learn direct from the source what Magic's all about. But man, those are some techy black sleeves - who's teaching who here? 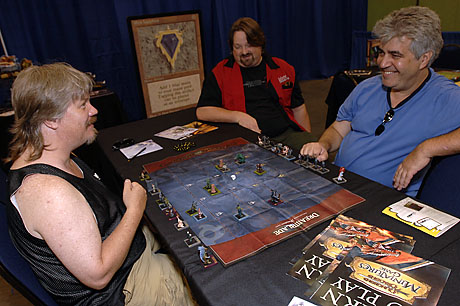 It wasn't just Magic that was demo'd in the Learn to Play area. These guys got a preview of Dreamblade, the new miniatures strategy game that hits shelves August 8. Maybe they're practicing up for the $20,000 Release Championship at GenCon? 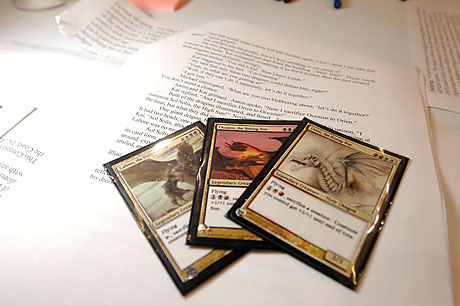 Magic Players aged 15 and under submitted fiction, card designs, art, and coverage articles for the Create Your Own Magic Contest, including these fantasy cards. The submissions are to be judged by an all-star team of Wizards' Magic professionals. Four $1000 scholarships await the creative contestants' eager pockets.