There are 1204 individual Magic cards in the Standard card pool. That jumps to 2725 for Extended. If you want to play in Grand Prix Providence later this year, there are a whopping 11439 individual cards to consider in the Legacy card pool. Every few months, a new set is added to the pool, occasionally pushing older sets out, sometimes just joining the mass that already exists. Magic is constantly in flux. In this world of constantly shifting tides, evaluating the newest class of cards can be an incredibly difficult task. Done properly, it provides an immense boon. Done poorly, and you put yourself at risk. You have to be sure that a card's strengths and weaknesses are what you think they are. If you are wrong, you leave yourself vulnerable to those who were better able to evaluate the new cards, and to make it to the Pro Tour, vulnerabilities are a fault you can scarce afford.

At this level of play, most of the players have developed a very good sense of what cards are good in a new set and which are not. Some have developed this skill to such a level that they have become legendary as deckbuilders and community advisors. These are people like Luis Scott-Vargas, Patrick Chapin, and Guillaume Wafo-Tapa. Wafo-Tapa is a renowned deckbuilder, famous for favoring control decks of all varieties. He recently finished second to his countryman Guillaume Matignon in the World Championships with, surprise surprise, Blue-Black Control. Luis Scott-Vargas is one of a few players who at any point have laid claim to the title of "best player in the world." He is the man behind ChannelFireball.com's Constructed and Limited breakdowns of new sets. Patrick "The Innovator" Chapin has made a name for himself designing incredibly creative decks across all formats. He shares his knowledge on StarCityGames.com, where, in addition to his regular column, he breaks down new sets for players.

With the recent release of Mirrodin Besieged and its upcoming appearance in the Standard portion of this tournament, all three players had their work cut out for them. Hoping to glean a bit of knowledge about how to evaluate cards in a new set, as well as to get their opinions about Mirrodin Besieged, I sat down with each player in turn to discuss the finer points of card evaluation.

The first thing I wanted to know was which cards from Mirrodin Besieged really jumped out at them from the spoiler as things they wanted to try. To a man, the first card they named was Tezzeret, Agent of Bolas. Scott-Vargas described to me why the card seemed so interesting to him when he saw it.

"First, it's a planeswalker, and planeswalkers are good. All of his abilities are good and useful, particularly the animation one. The fact that it lets him kill a Jace, the Mind Sculptor is huge. Previously, if you wanted to kill a Jace, you'd either have to play a Jace of your own, which sucks because it wastes a Jace, and they've already gotten to use theirs. Or you could use manlands to kill him, but that wastes so much time. Not to mention that they'll just use the +2 ability if you've got a manland in play, wasting another turn."

They continued on with the cards that piqued their interests, mentioning cards like Spine of Ish Sah for Wafo-Tapa, Slagstorm for Chapin, and Signal Pest and Contested War Zone for Scott-Vargas. One other thing they all agreed on was that the Zeniths all had a great amount of potential.

"I think Green Sun's Zenith is going to be good in every format," Chapin said. "Every tutor deserves to be evaluated to see if it's worth it. Considering this one only costs

, and it puts the card right into play, it's effectively a tutor that pays for itself. It's going to be quite good."

Wafo-Tapa and Scott-Vargas were in agreement there, but they also mentioned their appreciation for the white, blue, and black Zeniths. This isn't surprising at all for Wafo-Tapa, considering his love of all things control.

"I tend to prefer control, so when I evaluate cards, I'm looking for cards that work well in control. I want counterMagic, card drawing, win conditions, and answers to threats," Wafo-Tapa told me when we were discussing the Zeniths. 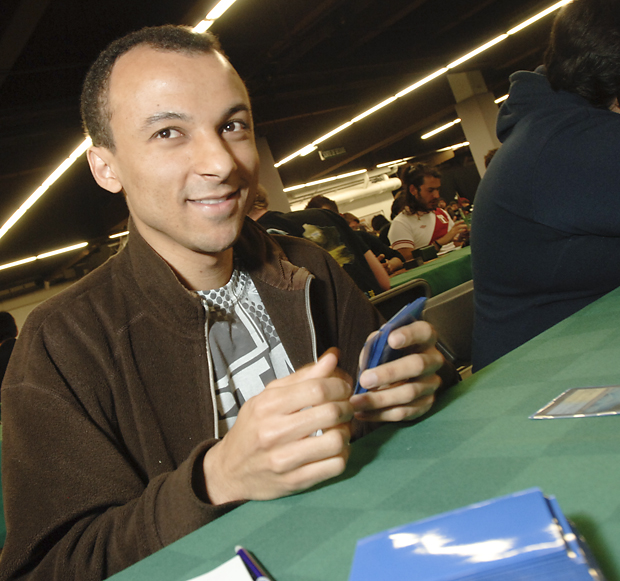 "I was really interested in seeing the white and blue Zenith in control decks. Those decks always sit on their mana for counterMagic, but have recently lacked something to do with the mana at the end of the turn. I mean, they've had Jace's Ingenuity, but these are just better options."

After listening to their initial impressions for a little while, I was really curious whether or not any cards that they initially thought might be good turned out to be duds, or at least disappointments. Interestingly, Scott-Vargas immediately made mention of the Zeniths he had just been praising.

"I think they're very good, and they fill a necessary role, but they just didn't perform like I'd expected. I think the format may still be a touch too fast for them to be as effective as I'd like."

Chapin agreed with him on the White Sun's Zenith, but he added his own slant to the discussion.

"Thrun, the Last Troll. When I looked at that guy on the spoiler, I thought, 'There's no way this guy can be bad.' I mean, he can't be countered or targeted, and he regenerates. But in the end, it turned out that he was considerably easier to get rid of that I'd originally thought."

After getting their views on the most recent set, I turned them to more of a generality. How does one effectively evaluate a new card? Do you evaluate them in a vacuum, measuring them purely by their raw strength? Do you look at them in the context of a given format? It turns out that the answer is both. 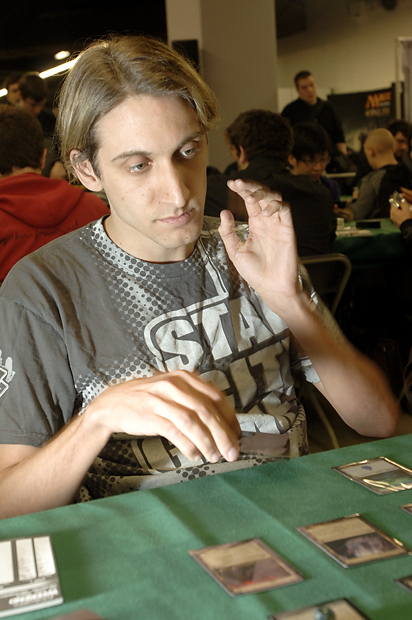 Patrick Chapin: 'When evaluating a Magic card, it's important to recognize the role it fills.'

That was one of the most poignant thoughts on card evaluation that I'd ever been faced with. Decks need cards to perform specific functions. If multiple cards fill the same function, a good deck designer chooses based on what he needs. Do you need power or versatility? Do you need something that uses a different resource to play? What needs do you as a designer have? Once you address your needs, you can select the card that best fits them from a pool of cards with that function. It is important to note that just because a card's function is done better by another card doesn't mean that the card is a bad card. It may just fill a slightly different role, and it's important to remember what that role is in case a deck comes along that is looking for a card that does exactly that.

In addition, when testing, it's important not to forget about decks that you might have dismissed as unplayable. They may simply be missing a card that doesn't exist yet. But that doesn't mean it won't! As Chapin said to me, "Testing doesn't end just because you decided a deck doesn't work right now."

"Look at Kuldotha Red and the Contested White decks. People tried to build decks like them a while ago, but they weren't very good. They were missing something. When the new set came out, though, and those new cards were added in, they became viable, strong decks. It's important not to forget ideas you had just because they don't work right now. You never know when they will." 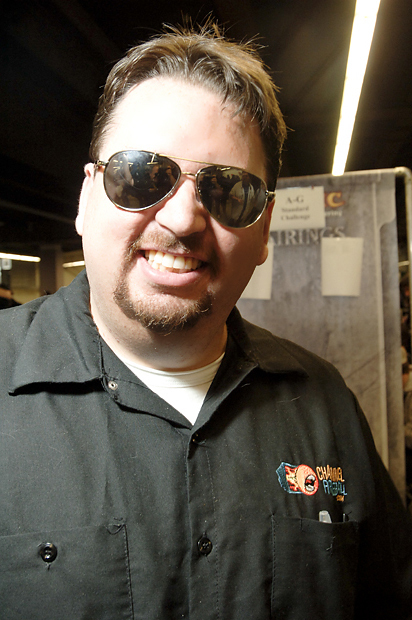 Luis Scott-Vargas: 'It's important not to forget ideas you had just because they don't work right now. You never know when they will.'

As long as you know the exact role a card fills, and are able to identify the weaknesses or holes in the lower-tier decks, you will always be receptive to cards that are printed in new sets that can take a deck from obscurity to viability. If you are able to master this skill, you gain a significant advantage over people who have dismissed decks or cards because they don't understand how the pieces fit together.