Petr Brozek is a single-minded individual, and that is something I have a lot of respect for. The lone thought occupying his mind is setting the world aflame. While it may not have been the way that he started playing Magic, aggressive red decks have become something of a trademark for Petr Brozek, and it came as no surprise that for Pro Tour–Amsterdam, he once again sleeved up the Mountains. What was more of a surprise was the exact collection of red spells associated with them.

This particular burn has a number of interesting angles to it. First things first, look at the curve there. Twenty-nine spells that can be cast or suspended on turn one. Eight cards that cost two. Only the three copies of Flame Javelin costing any more than that, meaning that the 20 lands that Brozek is running should prove ample to get things moving, and that he can keep a wider range of hands, knowing that he will be drawing plenty of spells, and that if he has virtually any lands, he will be all set to cast things. 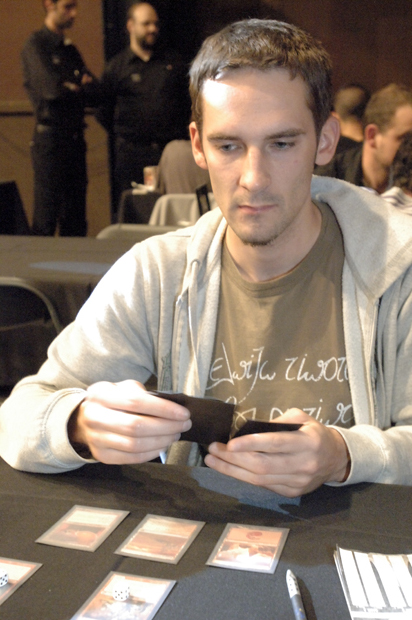 There are a few cards in the main deck that may seem a little unusual. Mogg Fanatic, which has rather let its status of "Mogg Fantastic" slide since the M10 rules changes eliminating damage on the stack, is back with a vengeance, and is joined by Needle Drop, a card that has likely sat in more Limited sideboards than it has Constructed main decks. For this latest iteration of Brozek Burn, which is largely looking to go to the face with its spells, Needle Drop is virtually a cycling spell for one mana, that also does 1 damage. Getting the Drop on people is a good way of ensuring that low land counts don't hurt, while your opponent does. On top of all this, Needle Drop plays very nicely with what, for me, is the most interesting card in the deck.

Quest for Pure Flame might well be Petr Brozek's job description, but it is also a card that his deck is set up to use with brutal effect. Between Mogg Fanatic, Ember Hauler, Keldon Marauders and Needle Drop, Brozek's list is very well set up to deal lots of individual points of damage to opponents, meaning that triggering the quest is very achievable. Once the quest is live, opponents have to be terrified of any burn spells from Brozek, which will each do 6 to 8 damage, giving the burn deck truly absurd reach.

Looking at the metagame, the fundamental speed of this red deck is enough to give it a good shot against most things, but where difficulties lie, Brozek splashes white for answers. War Priest of Thune is an important addition to stop such game breakers as Leyline of Sanctity, which renders much of Brozek's burn otherwise unexciting. Ethersworn Canonist is a savage answer to many of the combo/suspend decks in the field that also gets to beat down, advancing Brozek's overall plan. Finally, Angel's Grace is a potent answer to Ad Nauseam, stopping their Conflagrate kill, to leave them high and dry, while low on life.

Brozek's approach to red is by no means the universal truth. While Katsuhiro Mori is also playing red, his take on it is really quite different. 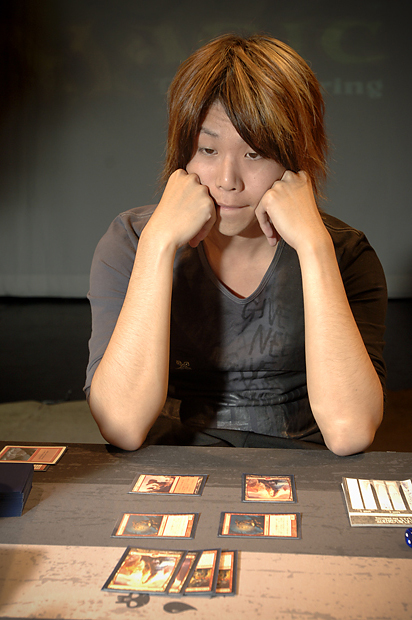 Katsuhiro Mori is brute-forcing it.

The Brute Force in Mori's list is one innovation that has been quite popular this weekend. With Punishing Fire around in all sorts of decks, it is hard to think that creatures with a toughness of 2 or less are entirely safe. Ball Lightning does do a lot of damage though. Enter Brute Force, to serve as a saviour of creatures in peril everywhere, and often a little bit of extra damage as well. The Banefire, Combust, and Volcanic Fallout are all pretty scary anti-control options, with Combust doing a number on some of the more problematic creatures in the format for red decks, like Baneslayer Angel and Doran, the Siege Tower.

4 Figure of Destiny 4 Demigod of Revenge

While as a strategy burn might seem like a fairly straightforward option, it is certainly a powerful one. Stay tuned to see if it takes anyone to the title this weekend.