Feature: The Gifts that Keep on Giving

Six years ago, oil prices were soaring, the New England Patriots and Philadelphia Eagles were the best teams in the NFL, a Harry Potter movie was one of the top grossing movies of the year, Jon Finkel was being inducted into the Hall of Fame, and Frank Karsten was showing the world just how good he was with Gifts Ungiven.

Karsten, now a Hall of Famer in his own right, is putting the powerful blue instant to good use again at Pro Tour Philadelphia with a combo deck of his own design that uses Gifts Ungiven to help power up a Pyromancer Ascension–fueled kill. But, as of a month ago, the Dutch pro had no intention of making the trip stateside for the pro tour.

That all changed when the format switched from Extended to the brand-new, untested Modern format that uses cards only from Eighth Edition and the first Mirrodin block forward.

"It seemed like a deck builder's paradise, and I figured there might be some opportunity to break it," Karsten said. 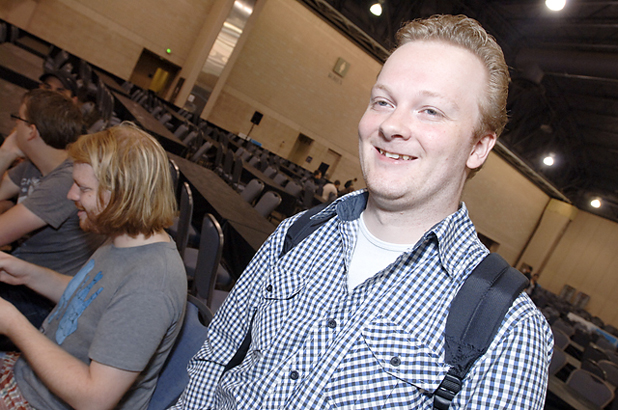 Excited by the prospect of going back through six years worth of decks and playing with some of his favorite cards, Karsten found a cheap flight and began brewing.

Karsten said he and the other Dutch pros started with Zoo, what he called the most obvious deck, and looked for ways to beat it. That led them to Cloudpost-based decks—with their Glimmerposts and turn-four Emrakul, the Aeons Torn—and then asked whether they could find deck to beat both the big mana decks and the fast aggro decks.

To the surprise of almost no one, Karsten ended up right back on his favorite card: Gifts Ungiven.

"I've had my best results with Gifts," Karsten said, a reference to his second place finish at Worlds in 2005. "It's a trip down memory lane for me."

It's also, he pointed out, anything but a stale format. The sheer variety of the lists on Magic Online, as well as the generally untested nature of the format, means things were pretty wide open for aspiring deck builders.

"It's really a format that you can just pick a deck you're comfortable with, as long as you tune it," Karsten said.

His deck in Philadelphia bears almost no resemblance to his Worlds 2005 deck, a Greater Good concoction that used Yosei, the Morning Star to lock opponents out of an untap step while using Gifts Ungiven to set the whole thing up.

These days, Karsten's Modern—excuse the pun—take on a Gifts deck is one that powers up Pyromancer Ascension. It's a complex deck with multiple routes that has a few more tricks up its sleeves than the more one-dimensional blue-red combo decks like Hive Mind, Pyromancer's Swath and Splinter Twin.

Even now, Karsten using the deck to show more recent pros what he's capable with Magic cards between his fingertips. Though he lost Round 2 to Gaudenis Vidugiris's Pyromancer's Swath deck, he gave himself a chance most players wouldn't have had by using Noxious Revival to deny his opponent a draw step when he needed to buy a critical turn. Most players didn't even realize Noxious Revival could target an opponent's cards.

Despite the loss, Karsten seemed happy with his deck choice.

"This deck is much too complicated to think through for players who don't like"—Karsten said, pausing, then motioning to the two cards again—"double Gifts."