The Netherlands. It is no accident that the final stop on the 2010 Pro Tour season is in Amsterdam considering the Netherlands are one of the most successful Pro Tour nations in the history of the game. The nation has previously hosted the Pro Tour once before in 2004 as well as several Grand Prix, most recently in 2007. It is one of just four nations with multiple individual world champions, and boasts a team world championship title as well. It has three Hall of Famers, tied with France for second most behind the United States, and it is home to five Pro Tour champions as well as a total of eight Pro Tours. With the help of Craig Gibson we toured the hall to give you an up close look at some of the powerhouse nation's very best players. 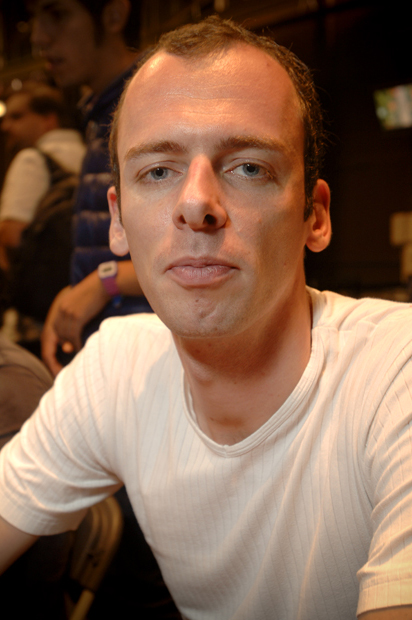 One of two World Champions from the Netherlands, Tom Van de Logt actually earned his champion title one year after making his first World Championships Top 8 going back-to-back in 1999 and 2000. In addition to his win at Worlds Toronto, he also has four Grand Prix Top 8s including one title on that circuit as well. 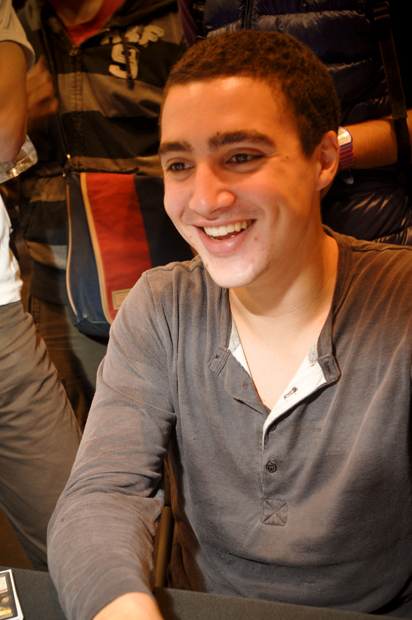 The second of the Dutch world champions, Julien Nuijten remains the youngest world champion ever winning his title at the age of just 15. In fact, the weekend also saw him win the World Team title for the Netherlands alongside Robert Van Medevoort and Kamiel Cornelissen, making his weekend the highest cash payout for any single Magic tournament ever, taking the top prize at both World Championship events! His performance was so powerful he even locked up the Rookie of the Year race in one fell swoop. In addition to his titles from the 2004 World Championships held in San Francisco, Julien also has give Grand Prix Top 8s, two of which are wins. 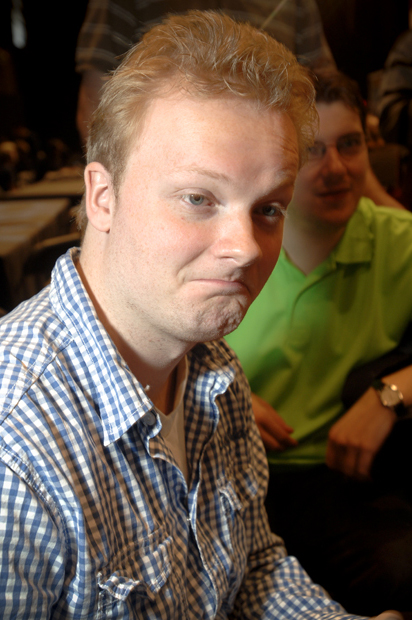 As famous for his tenacious approach to the game as he is his spectacular results, Frank Karsten is one of the Netherlands' favorite sons. Though he never closed on a Pro Tour title despite Finals appearances, he does have three Pro Tour Top 8s and six Grand Prix Top 8s. His dogged work ethic, analytical approach to the game, and dozens of articles written in both English and Dutch over the years made him a member of the second Pro Tour Hall of Fame ballot to include Dutch players, preceded by Jelger Wiegersma and joined in 2009 by Kamiel Cornelissen. While he never quite broke through to the Pro Tour Top 8, Noah Boeken had an astonishing seven Grand Prix Top 8s with two wins over the course of his professional career. A later career as a high-profile card player earned him some notoriety in the Netherlands at large, but he has always stayed true to his roots, returning from time to time to play Grand Prix and Pro Tour tournaments alike including this weekend. 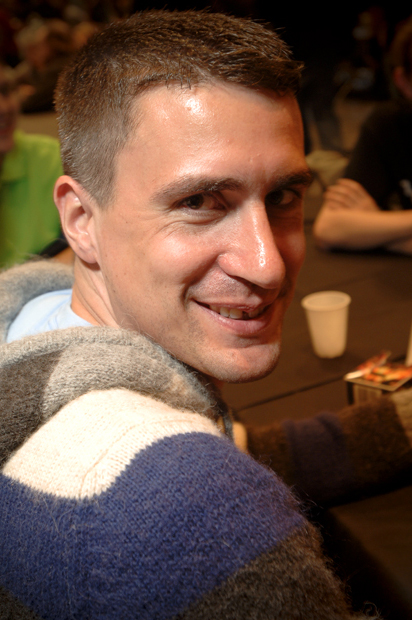 The first Dutch player to be enshrined into the Pro Tour Hall of Fame, Jelger Wiegersma had three Pro Tour Top 8s, including a win alongside fellow Dutch players Jeroen Remie and Kamiel Cornelissen as team Von Dutch. That tournament was Pro Tour–Seattle 2004, but in addition to his success on the Pro Tour, Jelger peppered in over a dozen Grand Prix Top 8s including two wins. He was so well respected on the Pro Tour as a fearsome competitor that the player vote overwhelmingly selected him into the Hall in 2008 despite more lackluster support from the Selection Committee. 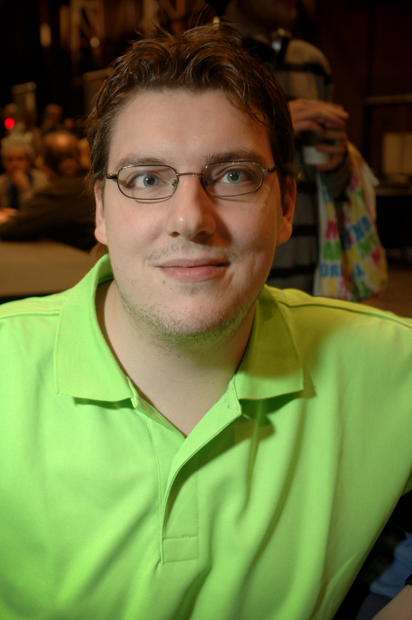 Having a Grand Prix Top 8 on one's resume wouldn't make them the black sheep of Magic accomplishments under normal circumstances. But when you're being stacked up against some of the very best players to ever play the game, all fellow countrymen, a single Grand Prix pales compared to the likes of Karsten, Cornelissen, and Wiegersma. And yet, Robert Van Medevoort earned his spot on the top Dutch player list for his performance as a member of team Netherlands at the 2004 World Championships. There he won the team title alongside Kamiel Cornelissen and Julien Nuijten. 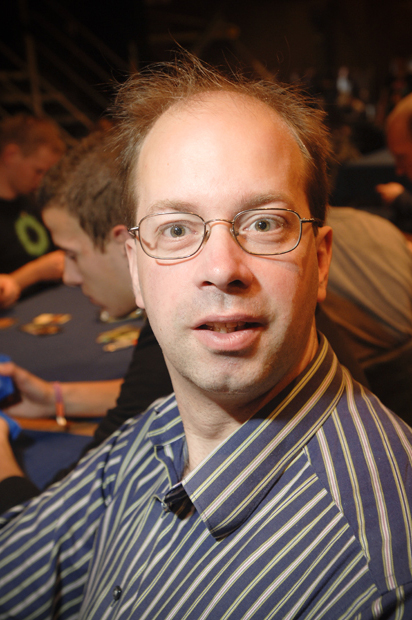 Bram Snepvangers is a truly elite class of player who not only has four Pro Tour Top 8s and eight Grand Prix Top 8s, but is universally beloved in his home nation as a high profile judge and tournament organizer. Organizing events like the Bramvitational has helped unite the Netherlands and has turned out many of the top names on this list. In addition, when Bram isn't competing on the Pro Tour (though he usually is) he can also be found judging it and has fostered multiple Level 5 judges, one of the highest levels attainable in the program. 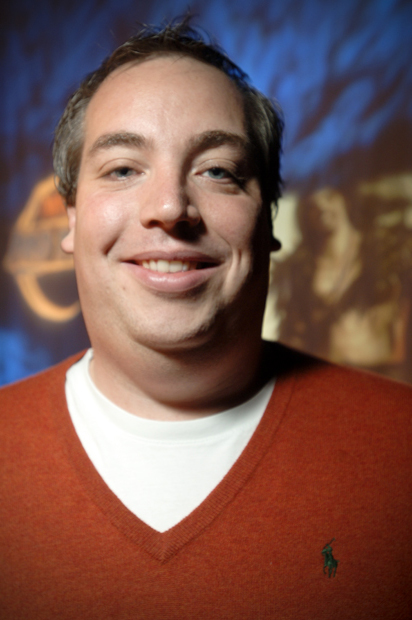 The rare player with more than one Pro Tour Top 8, Jeroen Remie has played on Sunday three times. It was at Pro Tour–Seattle in 2004 that he finally managed to clinch a title, winning alongside Von Dutch teammates Kamiel Cornelissen and Jelger Wiegersma. In addition to his Pro Tour Top 8s he also has three Grand Prix Top 8s and while he wasn't competing in Amsterdam this weekend he stopped by to watch and visit with his old friends (and no doubt root for his fellow countrymen from this list who were!). 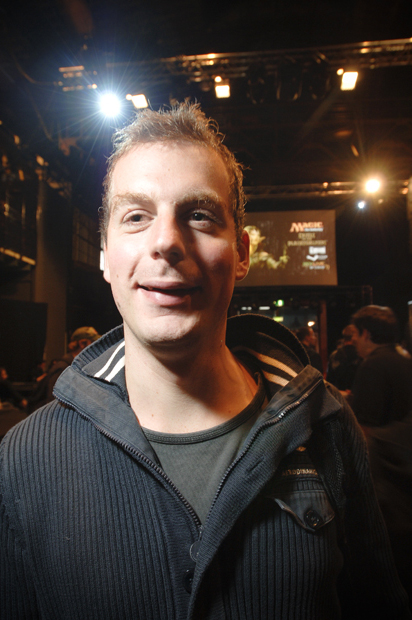 Last but of course not least is Kamiel Cornelissen. His astonishing five Pro Tour Top 8s made him an easy inclusion into the Pro Tour Hall of Fame, and two of those Top 8s came back-to-back at a time when the game's sole superstar, Jon Finkel, was beginning to step away from playing competitively. That handed the crown of top player to Kamiel for a brief period of time, and he wore it well. He pulled down a title at the team Pro Tour in Seattle in 2004 alongside Von Dutch teammates Jeroen Remie and Jelger Wiegersma, and he is the proud owner of two Grand Prix titles and six Grand Prix Top 8s.