Feature: The Hero's Journey to King of the Hill

here's new royalty at the Grand Prix main events and the Pro Tour. Crowned by feats of individual strength in tournaments before, Day One begins with a King of the Hill to claim dominion over a table in the feature match area. As the tournament progresses the dominion of King of the Hill expands, rising in rank and standing until the cut to Top 8 where the King of the Hill will always be the top seed going into the end.

Today's King of the Hill path is a hero's journey that left plenty of fallen players in the wake.

Defending Pro Tour Born of the Gods champion and No. 11 Ranked Player Shaun McLaren got off to a rocky start by immediately falling off the throne as King of the Hill. 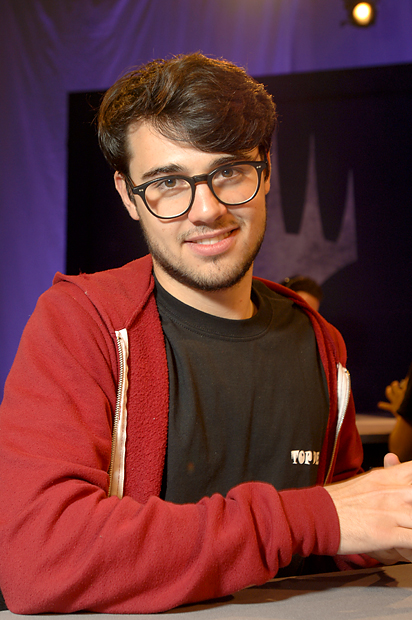 Andrea Mengucci was able to de-throne Pro Tour Born of the Gods Champion Shaun Mclaren from the King of the Hill in Round 1. And as the tournament progressed, Mengucci made sure to keep that same seat warm personally all day.

Finishing out his draft with a perfect 3-0 record, Mengucci's blue-green deck flew high over Van Cleave and Duport thanks, in part, to double Horizon Chimera leading an army of flying creatures. It was on to the Constructed rounds to see if his non-Limited skills could stand up to the test.

No. 10 Ranked Player Lee Shi Tian's Constellation deck is one of many white-black-green midrange style decks seen here so far this weekend. Mengucci's red-green monsters, backed by the power of Elspeth, Sun's Champion, was a known quantity coming to the day, but it didn't matter, as Mengucci had Lee Shi Tian seeing even more stars by the end of the match.

Socrates Rozakeas had brought something unexpected to the Pro Tour, a blue-black deck that avoided adding powerful green card in exchange for better, and more untapped, mana. Ultimately though, Mengucci's monsters and Elspeth cleared the way for his continued reign as King of the Hill.

The next rounds upped the ante for Mengucci, who had qualified for Pro Tour Journey into Nyx through victory at a Pro Tour Qualifier. Andrejs Prost and Joel Larsson are both former Pro Tour Top 8 players; Prost at last year's Pro Tour Dragon's Maze (also Block Constructed) and 2011's Pro Tour Philadelphia, and Larsson who had made it to the finals of Pro Tour Gatecrash.

Even worse for Mengucci, in addition to facing down more players of proven caliber both Prost and Larsson were playing similar Red-Green Elspeth decks. Mirror matches are, historically, decided by experience and skill, meaning the victors here would be demonstrating superiority with the deck.

The final round of Day 1 brought Mengucci to the ultimate ordeal he had to face: Pro Tour Hall of Fame Member and renown Magic writer Patrick Chapin would serve as the challenge to Mengucci's place atop the throne. Playing a powerful Junk Midrange strategy, Chapin's deck was designed to face down exactly what Mengucci's deck intended to do.

In the second game it was Chapin who, using the aid of Elspeth to his own ends, finally defeated the one who had been enthroned all day as King of the Hill. Of course, this meant an undefeated Chapin was now the king himself and was scheduled to return tomorrow to defend his domain. 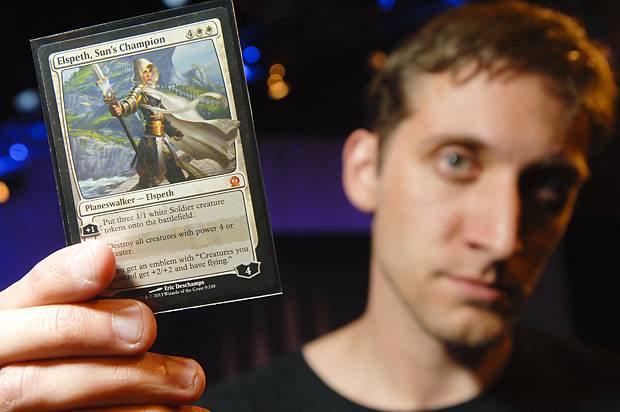 Like many hero's journeys, there is no safety for the King of the Hill: only the next challenger to face.