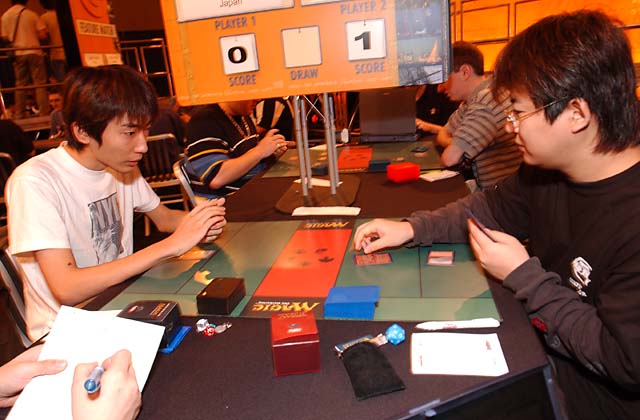 wouldn't be much of a stretch to say that Masashi Oiso and Jin Okamoto are the two best Magic players in Japan right now. Oiso made the finals of Pro Tour Yokohama, which helped carry him to a Rookie of the Year title. "The Last Emperor" Jin Okamoto finally made a Pro Tour Top 8 after many near misses when he reached the finals of Worlds in Berlin a few months ago. Japan produced four Pro Tour Top 8's last season, but the country is still looking for its first Pro Tour Championship. Without a doubt, Oiso and Okamoto represent the best hope for accomplishing that, and are in prime position to do so this weekend with 7-2 records. Oiso is playing Tinker, and Okamoto is playing a Gob-Vantage deck similar to the one he helped put on the map at Worlds, but with added kick from Chrome Mox, Seething Song and Goblin Charbelcher. 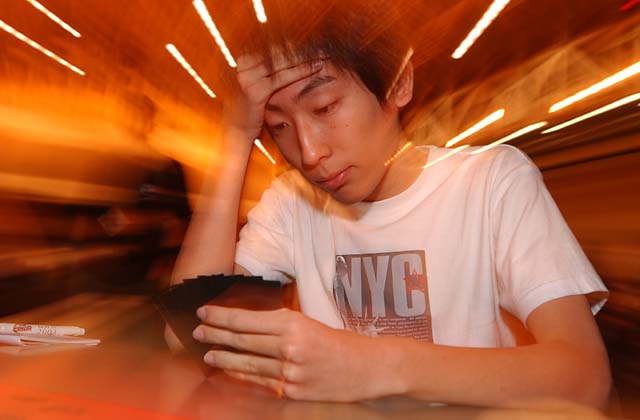 Oiso double mulliganed to start. He played Voltaic Key, and Okamoto summoned Mogg Fanatic. Seething Song on turn two (thanks to Ancient Tomb) brought out a pair of Goblin Warchiefs, putting a significant amount of pressure on the board. Meanwhile, Oiso drew and missed his third land drop, and seemingly had a draw that was ill-prepared to deal with Okamoto's quick Goblin assault. When Goblin Matron came out on turn three, he quickly scooped up his cards. 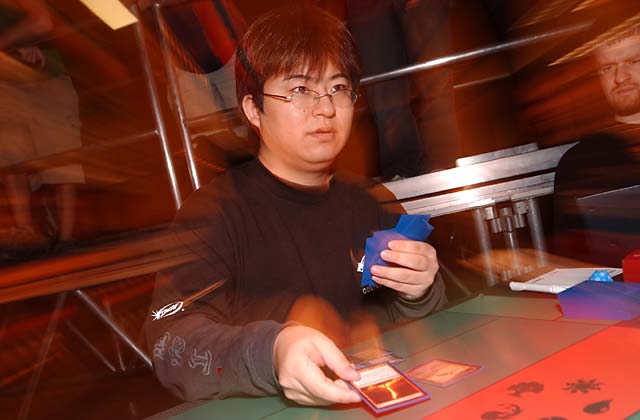 Once again, Oiso mulliganed down to five with a cringe. Okamoto summoned a Prospector, and Oiso was stuck with just a Rishadan Port for land. The Prospector helped bring out a second turn Goblin Warchief, a Matron searched up a Piledriver, and the match was soon over as Oiso was never able to put up a fight.