These two friends were by far the most entertaining match I saw all day. Yuki at that point was undefeated and his buddy Kazuya, who played in PTNY '00 was 9-1. Yuki was playing Trix against Hirabayashi's Survival deck. 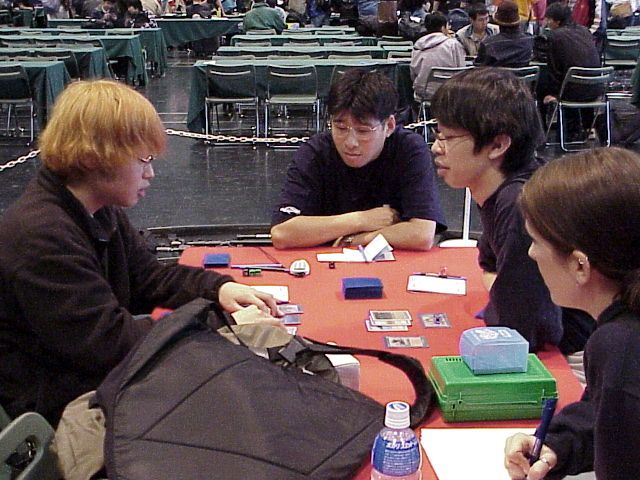 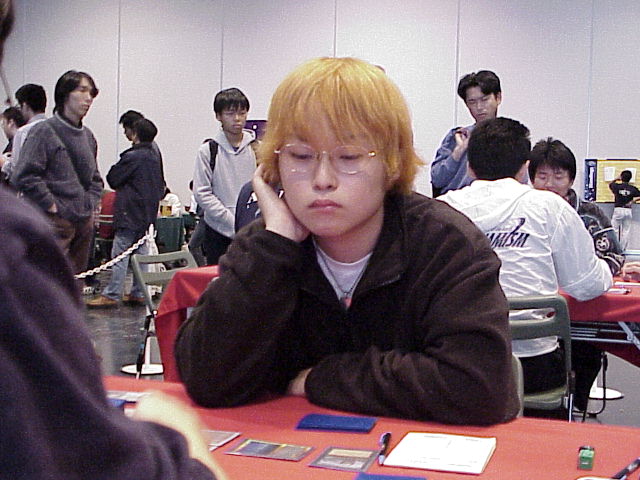 Game two was a very quick game and ended on the third turn. Yuki Murakami Consulted for Pyroblast and lost his entire combo, and conceded immediately.

Yuki Murakami mulliganed and went first starting with a Duress taking a Winter Orb. Turn two he Consulted for a Swamp and lost three Necropotence without even having one in hand. He went on to play a negator and turn four topdecked a fourth land and Massacred destroying Hirabayashi's Quirion Ranger, Dwarven Miner and Llanowar Elf. This left Hirabayashi completely helpless as he drew nothing but mana producers. Having no way out he conceded when Murakami played a Necropotence. Yuki Murakami continued his undefeated streak and went on to Round 11. 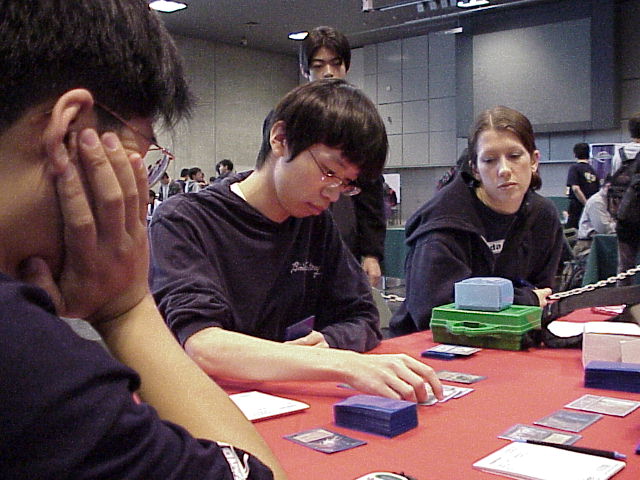