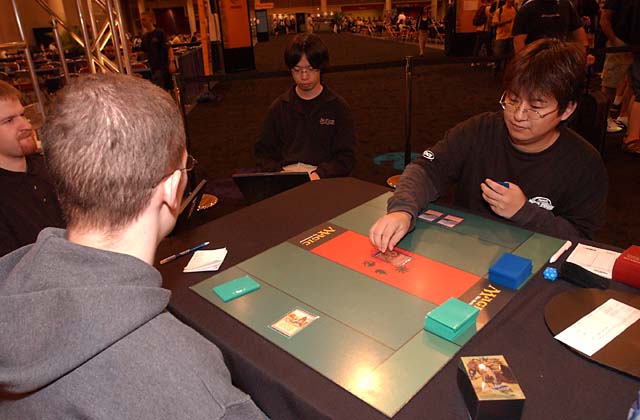 now, everyone knows the story with Jin Okamoto. After years of barely missing Pro Tour Top 8's (often on tiebreakers) he finally broke through and made it to the finals at Worlds. Even before then, "The Last Emperor" was one of the most respected players in Japan, and now he's going on an incredible run with an 8-2 record. His opponent, Andrew Cuneo, seems to fade in and out of the Pro Tour spotlight. He made the Top 4 of Team Pro Tours back-to-back years with Car Acrobatic Team, and also won the Magic Online Worlds Qualifier, where the grand prize was an invitation with travel expenses paid. He placed in the money at Worlds, yet apparently isn't quite eager to devote more energy to the game.

Josh Bennett- "Are you going to start playing more?"

Cuneo- "No. This is my big qualifier for Amsterdam." 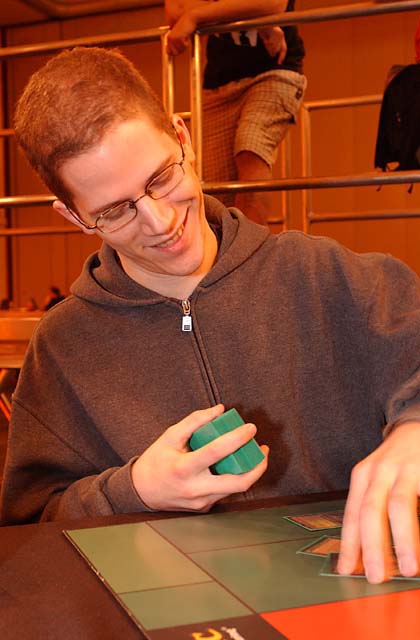 Okamoto mulliganed down to six. Cuneo played a first turn Hermit Druid with the help of Chrome Mox, and Okamoto summoned Skirk Prospector. The Hermit was activated on turn two to dump the library into the graveyard, and Exhume resulted in a turn two kill. Okamoto laughed with a tone of comical disbelief, as he looked through Cuneo's deck before conceding.

This time, it was Cuneo taking a mulligan. Okamoto opened with a Prospector, and brought out a Matron on turn two by sacrificing it and playing Seething Song- he searched up Gempalm Incinerator, giving him an answer to Hermit Druid if it came out. With the remaining mana, Okamoto summoned a Goblin Piledriver. Cuneo played Chill, and took four damage from Okamoto's attack. The Chill did little to slow things down, as a second Piledriver came out with the help of Ancient Tomb. This put Cuneo even further behind, and forced a third and deciding game.

It seemed this match might be decided by draws- in the first game, Cuneo got a God draw, and in the second game, his draw was poor while Okamoto's deck came out swinging to take advantage. In both games, the loser mulliganed down to six, and this time around it was Okamoto taking a mulligan again. Cuneo played a second turn Hermit Druid, and Okamoto played his own scary combo card in Goblin Charbelcher on turn two thanks to Chrome Mox and City of Traitors. Cuneo untapped and activated the Druid- when the effect resolved, he sacrificed the Druid to flash back Cabal Therapy, naming Goblin Recruiter. Okamoto's hand didn't contain one, making things a bit safer. On upkeep, Cuneo flashed back Krosan Reclamation to shuffle back Exhumes, making them the only cards left in his library. He drew one and it brought out Sutured Ghoul, which got haste as it came into play thanks to Dragon Breath. With no other outs, Okamoto activated Charbelcher, but the very first card was a mountain. 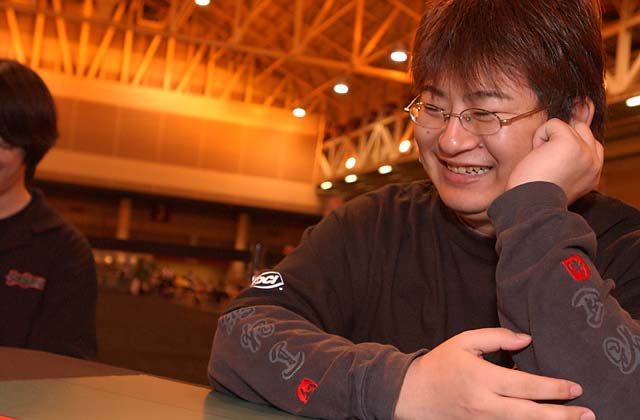