Toshiki Tsukamoto, who needs no introduction, brought his NecroDonate deck to the table to try to defeat Masashiro Kuroda's SqueeSurvival Deck. Kuroda was a finalist at 1999 Japanese Nationals and local players comment on his pleasant nature and attractive friends and companions. 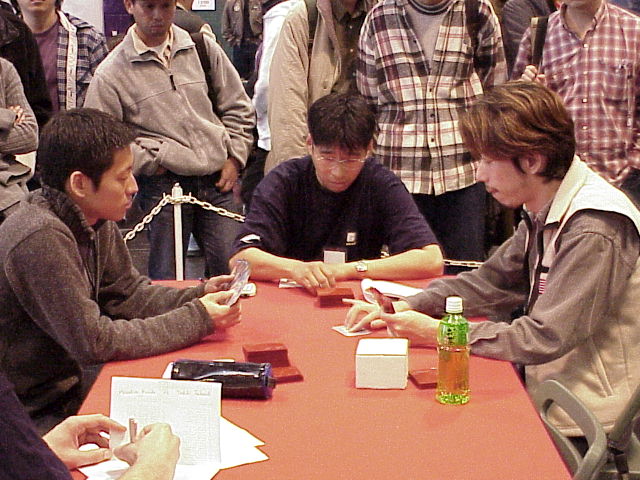 Tsukamoto began the match with a mulligan but his six-card hand gave him a first turn Duress. From Kuroda's hand he chose Mana Leak over Force of Will, Survival of the Fittest and Wall of Roots. Kuroda played Survival on turn two, an extremely powerful card, but no match for Tsukamoto's turn three Necropotence. After drawing 10 extra cards, things looked very grim for Kuroda. Trying to stay in the game, Kuroda searched out Merfolk Looter and played it followed by an Uktabi Orangutan to destroy Tsukamoto's Mox Diamond. Tsukamoto drew four more cards and cast Duress and Brainstorm but he seemed to be having trouble getting the combo working.

Getting low on life and running out of options, Tsukamoto needed to draw more cards so he made a surprise play and Donated his Necropotence to Kuroda! Kuroda appreciated the gift but before he could begin to use it Tsukamoto conceded. It was one of those rare games where NecroDonate had failed to go off! 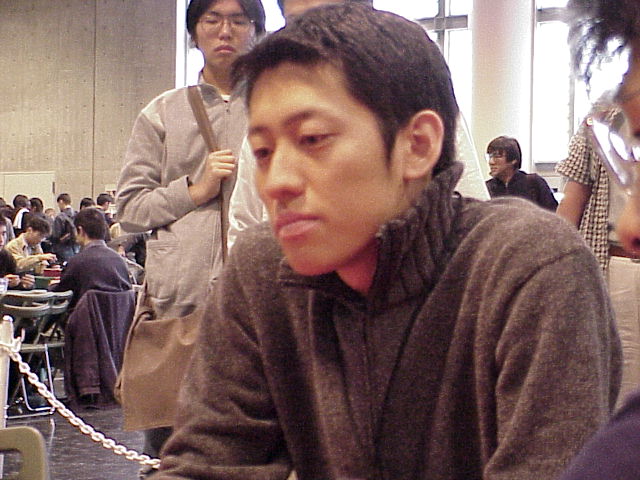 Kuroda opened with Survival, Merfolk Looter, Birds of Paradise and Wall of Roots. He played a first turn Bird followed by the Survival. Tsukamoto missed his third land drop and Kuroda discard Wall of Roots to search out Masticore. The Masticore came into play and Tsukamoto was still at two land with a hand full of cards. Using the alternate casting cost, Tsukamoto Contagioned the Masticore to buy himself time to draw a third land. Kuroda chose not to pay the upkeep on the Masticore instead discarded a Quirion Ranger to get a second Masticore that he then put into play.

Tsukamoto still hadn't played a third land and with Kuroda holding two Mana Leaks with which to protect his board advantage, the game seemed pretty much over. To gain further advantage, Kuroda used Survival to search out Squee (to discard each turn to the Masticore) and Spike Feeder (so he could go over 20 life and survive a Donated Illusions), which he played. Tsukamoto finally played a third land and Firestormed the Bird, Feeder, Masticore and opponent, but Kuroda had two mana open to regenerate the 'Core and after Mana Leaking an Illusions the following turn, he forced Tsukamoto to concede the match. 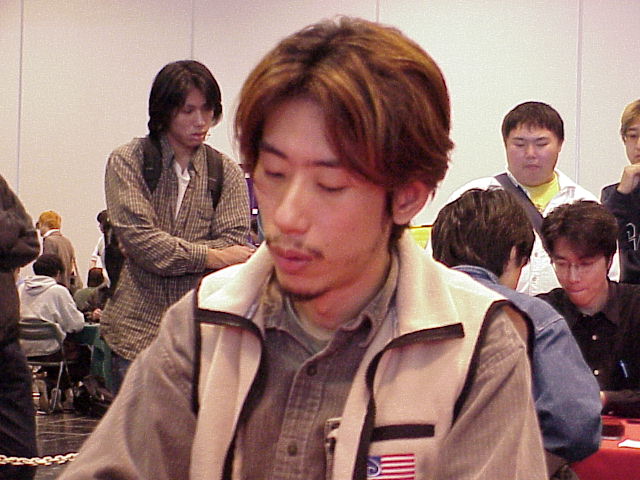