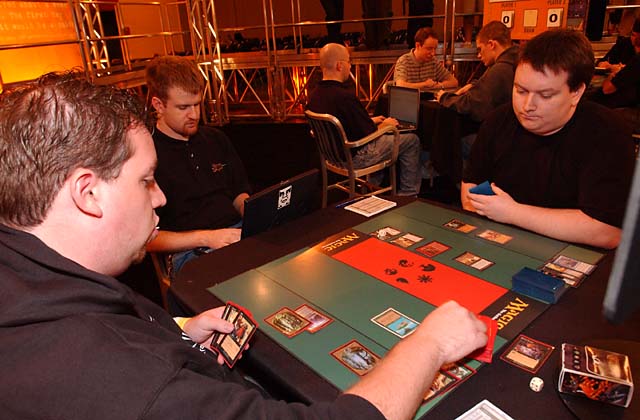 Jens Thoren is the kind of player who is all business at the table. He doesn't make a lot of waves, doesn't need to talk trash, and odds are he'll beat you without feeling the need to make much noise about it. Just recently, he's reaped the rewards of winning the Magic Invitational, as his Soldevi Simulacrum appeared in Mirrodin. Jeroen Remie made his big impact on the Tour with a Top 8 at Worlds, and is playing his old standby, The Rock. Even though the deck may seem underpowered in this environment, Duress and Cabal Therapy can disrupt combo decks extremely well, and Pernicious Deed can destroy a full board of artifacts. 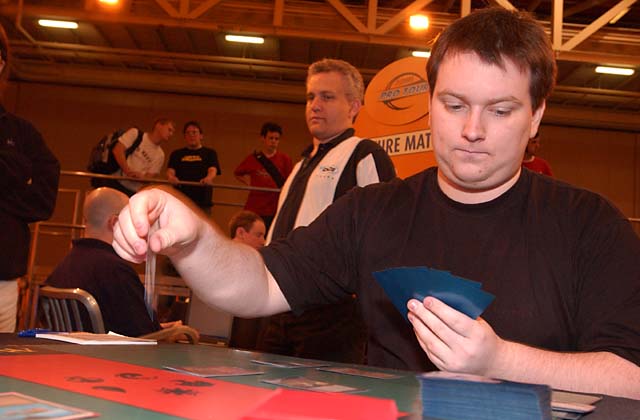 Remie's first turn play was Birds of Paradise, and Thoren played Goblin Welder. Remie's Cabal Therapy named Grim Monolith and missed, as Thoren's hand contained Pentavus, Voltaic Key, Mindslaver, Masticore and Metalworker. Wall of Blossoms came into play, and was sacrificed to flash back the Therapy and kill Metalworker. Thoren untapped and played Tangle Wire, but Remie was still able to cast Duress on his turn, taking Voltaic Key. All this disruption didn't mean too much, as Thoren's Welder assured he could get the artifacts he wanted. The Tangle Wire was welded into a Metalworker, and Thoren played a second. Smother killed the Welder, but it traded a Tangle Wire for Pentavus before dying. With that on the table and the knowledge that Thoren was about to produce a massive amount of mana and take complete control of the game, Remie conceded.

Thoren had a first turn Voltaic Key, but was slowed down by Remie's Duress stripping Grim Monolith out of his hand. As if this wasn't bad enough, Thoren had kept a one-land hand, and didn't draw a second. Remie kept attacking Thoren's resources, using Cabal Therapy to take away Tinkers, smashing the Key with Uktabi Orangutan, and playing Pernicious Deed as an insurance policy. Remie cast Vampiric Tutor on end step to get Ravenous Baloth, which soon ended the game thanks to Thoren's poor draw and Remie's hand disruption. 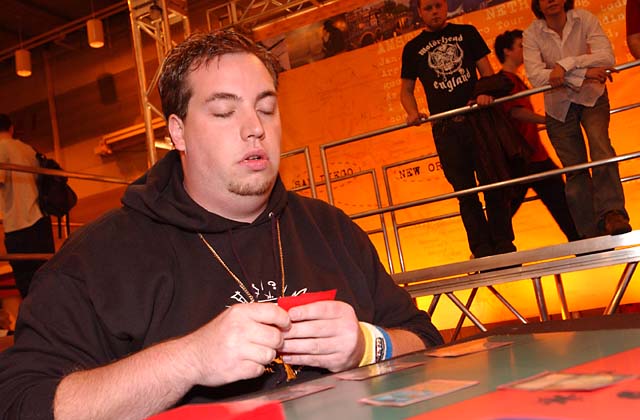 This time around Thoren's opening was much better, as he started with Grim Monolith and Metalworker. Unfortunately, he didn't have much to do with the mana, as Remie's Duress took away Chromatic Sphere, leaving nothing but land. Luckily, Tinker showed up and provided a Pentavus. It made fliers on end step and the whole team along with Metalworker attacked for six damage, and Thoren played Tangle Wire to lock things down. Remie cast Vampiric Tutor on end step, floated mana, and Nautralized Pentavus, but not before it made two more tokens. Tangle Wire kept Remie against the ropes, as he revealed the Deed in his hand before conceding.