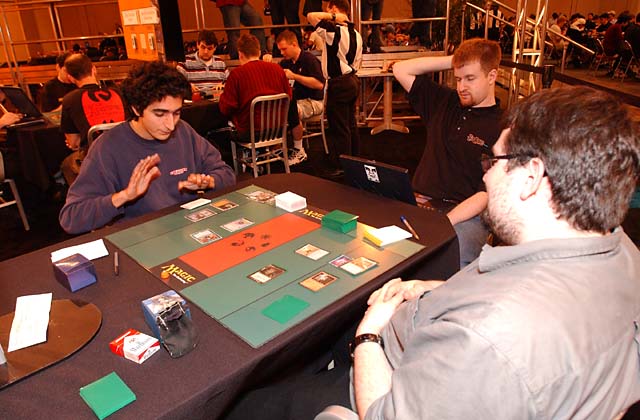 This match saw two of France's top Pro Tour players face off in a Charbelcher mirror match. Their decks aren't quite the same, as Malherbaud is splashing black for the consistency of Vampiric Tutor, while Nassif is mono-blue. 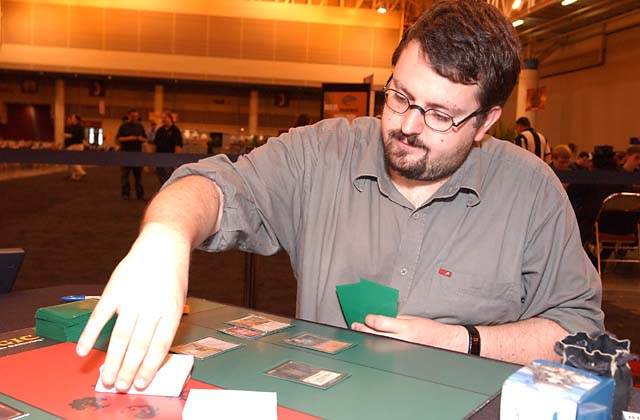 This time, Nassif mulliganed his opening hand. Malherbaud started with Chrome Mox, City of Traitors and Talisman of Dominance, and cast Mana Severance to rid his deck of lands on the first turn. Vampiric Tutor led to Tinker and the Charbelcher, and a third turn kill.

Nassif had Ancient Tomb and Talisman of Progress, and Malherbaud made the same play but his Talisman was countered with Annul. Nassif played a second Talisman and Mana Severance, and had Tinker on the following turn for the Charbelcher and the win. 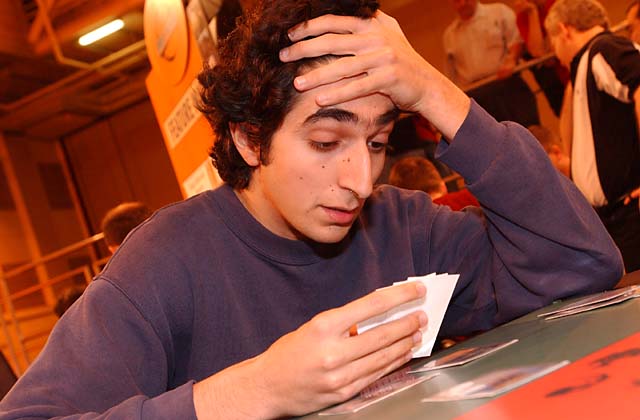