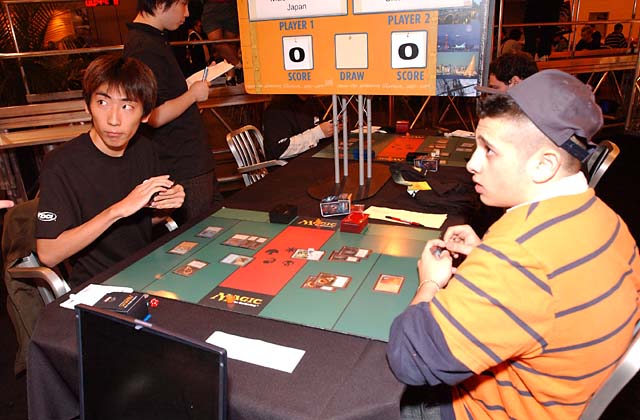 Both of these players made their mark in a big way on the Pro Tour last year. Masashi Oiso was a finalist at Pro Tour Yokohama, making him Rookie of the Year. Berkowitz had a Pro Tour Top 8, in addition to a Top 4 finish at U.S. Nationals. Even though both players have only had one season in the spotlight on the Pro Tour, their success thus far shows that their achievements were no fluke, and we can expect even more out of them in the future. 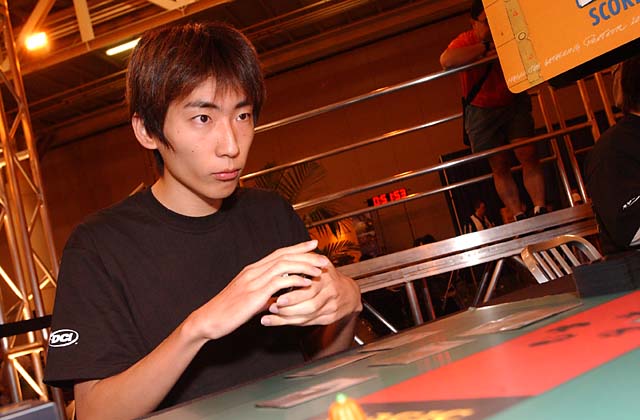 Berkowitz's deck absolutely exploded on his first turn, as he played City of Traitors, two Grim Monoliths and two Voltaic Keys, then Chalice of the Void set to three. Oiso had plenty of mana early as well, playing Grim Monolith with a Voltaic Key and Thran Dynamo on turn two. Stroke of Genius let Oiso draw eight extra cards, and Berkowitz played a second Chalice, this one on four. Oiso tapped six and put Mindslaver into play, but waited to use it. A few turns later, Berkowitz played a third Chalice, this one set to six. Things slowed down significantly at this point, as both players would draw and simply end their turn, either discarding or playing more mana sources. After confirming the casting cost of Phyrexian Colossus with judges, Berkowitz played his fourth Chalice of the game, set to seven. After lots of consulting with judges, Berkowitz summoned Karn, Silver Golem, It made the Chalice set to four a creature, which caused it to die. This cleared the way for Myr Incubator, which created 21 1/1 tokens. Facing down defeat, Oiso activated Mindslaver just in case, then cast a lethal Stroke of Genius at Berkowitz for the win. 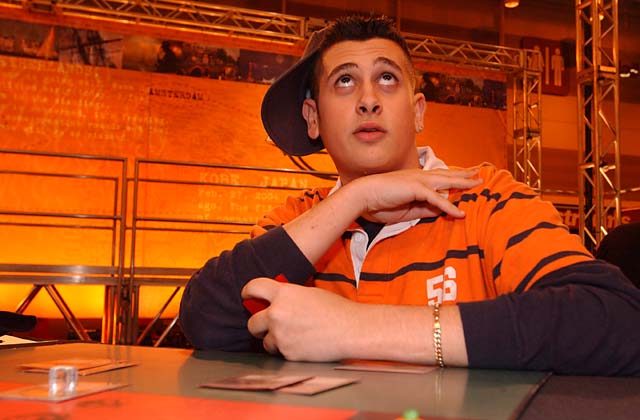 Berkowitz started with City of Traitors, Grim Monolith and a Metalwoker, and played Thran Dynamo on the following turn. Sculpting Steel gave him a second Metalworker, and he played Chalice of the Void set to two. Oiso played two Keys and a Dynamo, and Berkowitz played Myr Incubator. Facing down the potential for a lethal amount of 1/1s, Oiso cast Stroke of Genius looking for an answer. He went to his discard step, looking to see if Berkowitz would respond by activating his Incubator. Surprinsingly, he decided not to (Berkowitz would later explain he was afraid of Stifle), and played a second Incubator on his turn. Unfortunately for Berkowitz, Oiso found the answer he was looking for in Upheaval. With plenty of mana floating, Oiso rebuilt to massive mana sources, then cast Tinker to get and activate Mindslaver. On Berkowitz's following end step where he had no permanents, Oiso cast a massive Stroke of Genius, untapped and played Phyrexian Processor set to ten. He even had enough Keys and mana available to make two tokens right away, giving him the match.